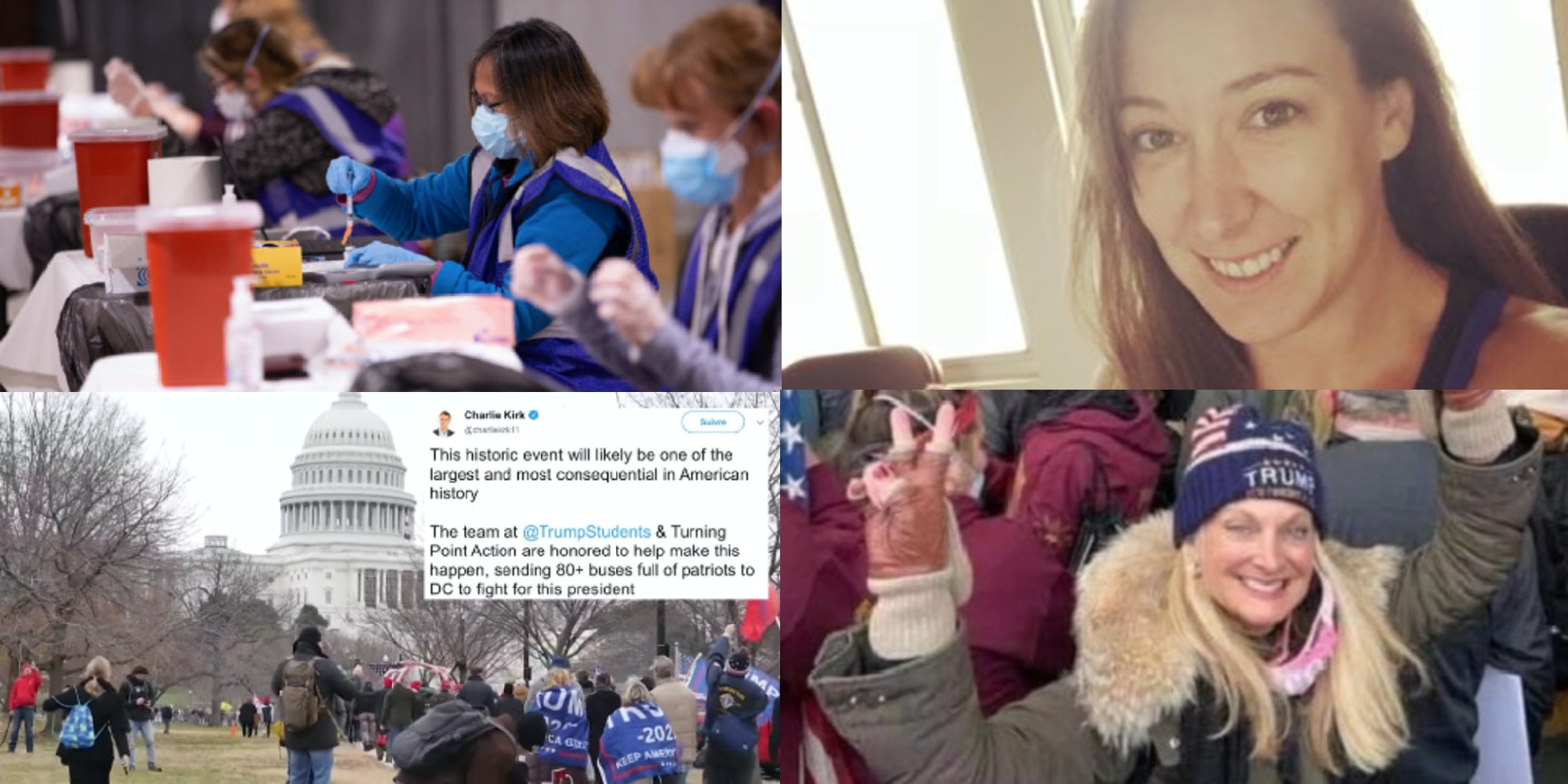 Sign up to receive the best of the internet straight to your inbox.

A man on Twitter got upset after deceased rioter Ashli Babbitt’s past was dredged up. But, as many online quickly pointed out, he had no problem smearing George Floyd. Here's what else caught our attention this weekend:

Capitol rioters are losing their jobs after being exposed

From losing their jobs to being deplatformed, people who played a role in the Capitol riots continue to face consequences.

An attorney, professor, and real estate agent are just a few of the people who are out of jobs after being exposed as Capitol rioters. Libby Andrews, a Chicago-based real estate agent who was fired, exposed herself by bragging about “storming” the Capitol on Facebook. “After storming the capital (sic) a good glass of champagne is needed!” she wrote.

Meanwhile, Nicholas Fuentes and Tim “Baked Alaska” Gionet are among the far-right figures who were banned from DLive after the streaming platform ruled they were “inciting violent and illegal activities.” Ahead of the riots, Baked Alaska called for a "Civil War," and Fuentes floated the idea of killing elected officials. Baked Alaska even streamed himself from inside of the Capitol—despite recently testing positive for COVID-19.

Catch up on more you may have missed below.

As if wearing a mask didn't have its own difficulties, peeling it off to find a pimple or three pretty much sucks. But there are many things you can do to prevent them, from avoiding cloth mask reuse to changing to disposable masks. If you'd like to halt this return to your pimply teen years, we have some tips for you.

DELETED BUT NOT FORGOTTEN

Charlie Kirk, the founder of the conservative student group Turning Point USA (TPUSA), deleted a tweet in which he claimed to be sending more than 80 buses filled with President Donald Trump’s supporters to Washington, D.C. The deleted tweet, uncovered by the Daily Dot on Saturday, was posted just two days before Trump supporters stormed the Capitol in an attempt to overturn the results of the 2020 presidential election.

FROM OUR FRIENDS AT NAUTILUS

Could all Americans be vaccinated against the coronavirus by the summer of 2021?

We've all seen movies where a woman's death motivates the hero's story. From John Wick to Inception, dead wives are a staple theme for Hollywood action thrillers. And while plenty of those movies are genuinely great, the dead wife trope has earned some understandable backlash for sidelining female characters. In this week's episode of Behind the Seams, we examine the visual similarity between dead wife characters.

Barcelona end Arsenal pursuit of keeper who asked for transfer

Six-year-old showjumper qualifies for second rounds, with dreams of Olympia