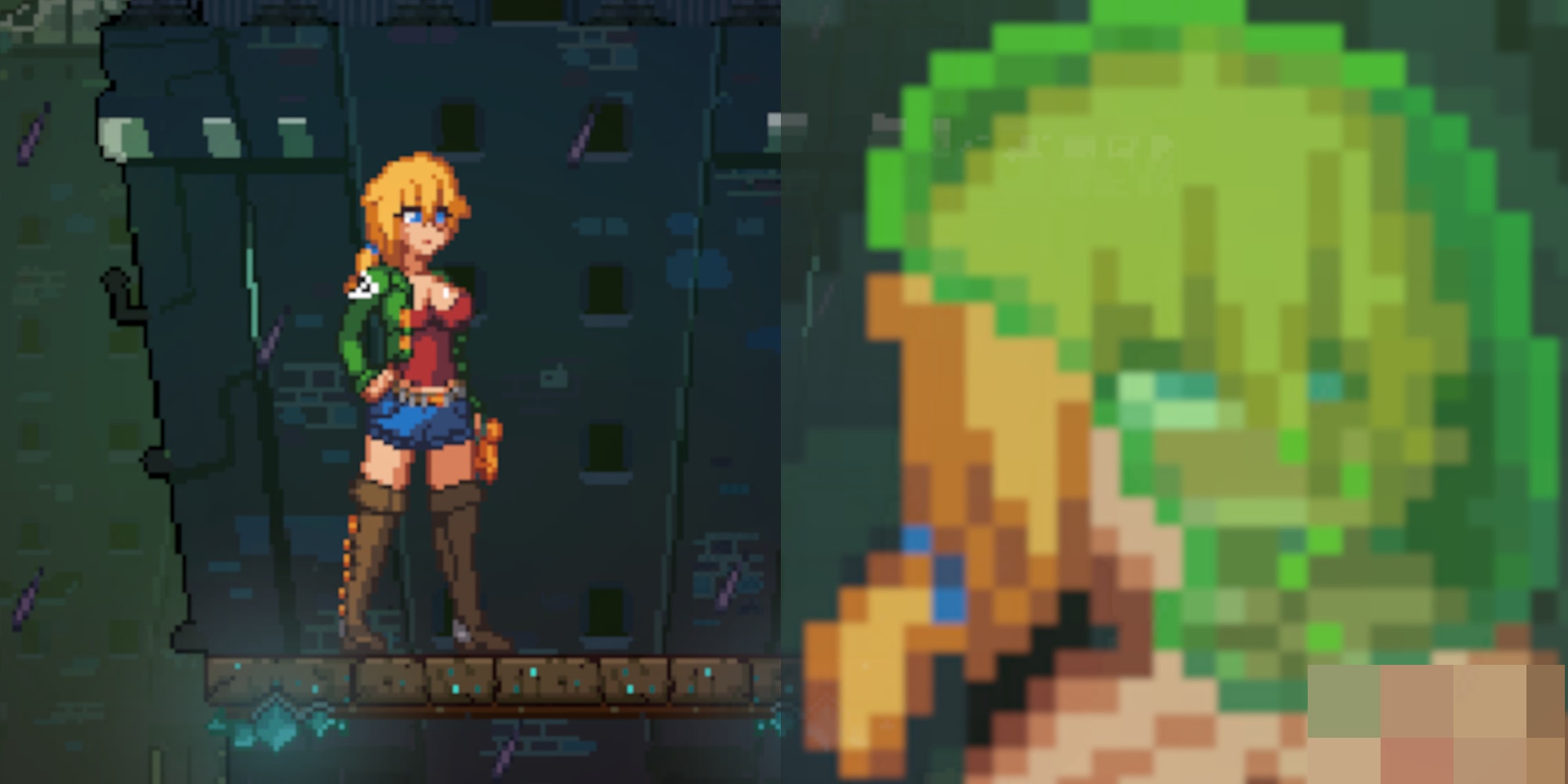 What if you took Nintendo's popular 1986 NES platformer Metroid and fused it with adult content? You'd get Crisis Point: Extinction, a self-described "Hentroidvania" that features kinky alien sex across an expansive, side-scrolling sci-fi adventure.

In Crisis Point: Extinction, players star as a well-endowed soldier named Alicia sent from Earth to a distant planet's research base in order to cure "a virus that alters the Y chromosome in developing infants, causing all children to be born female."

What is Crisis Point: Extinction and what are 'Hentroidvanias'?

In Metroidvanias, players explore intricate, nonlinear levels with various items, enemies, weapons, and bosses. As players venture on, they uncover more of the map and learn more about the game's story. The genre was popularized by Nintendo sci-fi series Metroid and Konami's side-scrolling action horror franchise Castlevania.

Anon42 told the Daily Dot that Crisis Point: Extinction's development began around May 2014. While Anon42 wanted to create a game like Crisis Point since he "was a wee lad," it "wasn't until more recent years that it morphed into a lewd project," he said. First, Crisis Point started as a passion project, but eventually it turned into a full-time endeavor.

"The combination of goal-oriented exploration, with new areas unlocking based on what kind of powers you possess rather than a direct lock-and-key system, makes for an intensely satisfying gameplay loop," Anon42 told the Daily Dot. "Knowing that you'll discover more sex scenes as you unlock more areas fits into that reward loop nicely!"

"[There are] multiple enemies and hazards in the game that enlarge the breasts of our main character, Alicia, and when she's in that state, every enemy gets a brand new sex scene animation, often making use of her.. enhanced assets," Anon42 added.

However, the bulk of Crisis Point: Extinction's adult content is actually available at the in-game base camp where players can have sex with enemies without worrying about platforming or combat. While this technically separates the game's sexual content from its Metroidvania gameplay, Anon42 said, he still accounts for the game's lewd elements by "making the presence of sex and sexuality a large component of the game's world and storyline" as well as "altering dialogue subtly based on how much the player engages in sexual content while playing."

"Different types of sex content design appeal to different types of players," Anon42 said. "My core philosophy is that I don't want either side (gameplay or sex) to interfere with the other; gameplay is fast-paced and should have very few breaks to it since taking the controls away from a player can be frustrating. Sex scenes and kinky content value the polar opposite, with slow pacing and limited player input, so you have time to enjoy yourself, and put your hands to use elsewhere."

A model example of an adult Metroidvania

As for the future of the game, Anon42 and his team will be putting out more content faster now that Crisis Point: Extinction's second full-time team member is officially onboard. The developer hopes to introduce more alien enemies, new adult cutscenes, and sex toy and machine kinks. When asked by the Daily Dot, Anon42 also expressed interest in adding trans characters to Crisis Point: Extinction.

Crisis Point: Extinction is available for Windows PCs with a Steam release planned "once the game is completed."

An early 2019 demo of the game is available for free on itch.io. Interested players can also support Anon42 and his Hentroidvania development team on Patreon where they can check out the latest, patron-exclusive demos for Crisis Point.

"I can say with certainty that I see the light at the end of the development tunnel," Anon42 said, "and Crisis Point: Extinction's future is looking extremely bright!"