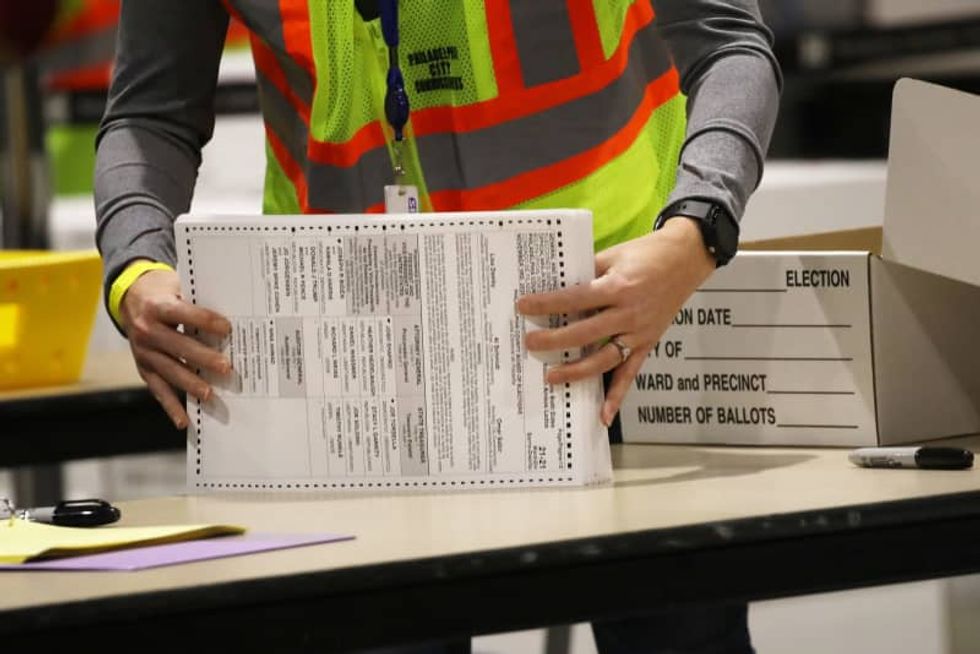 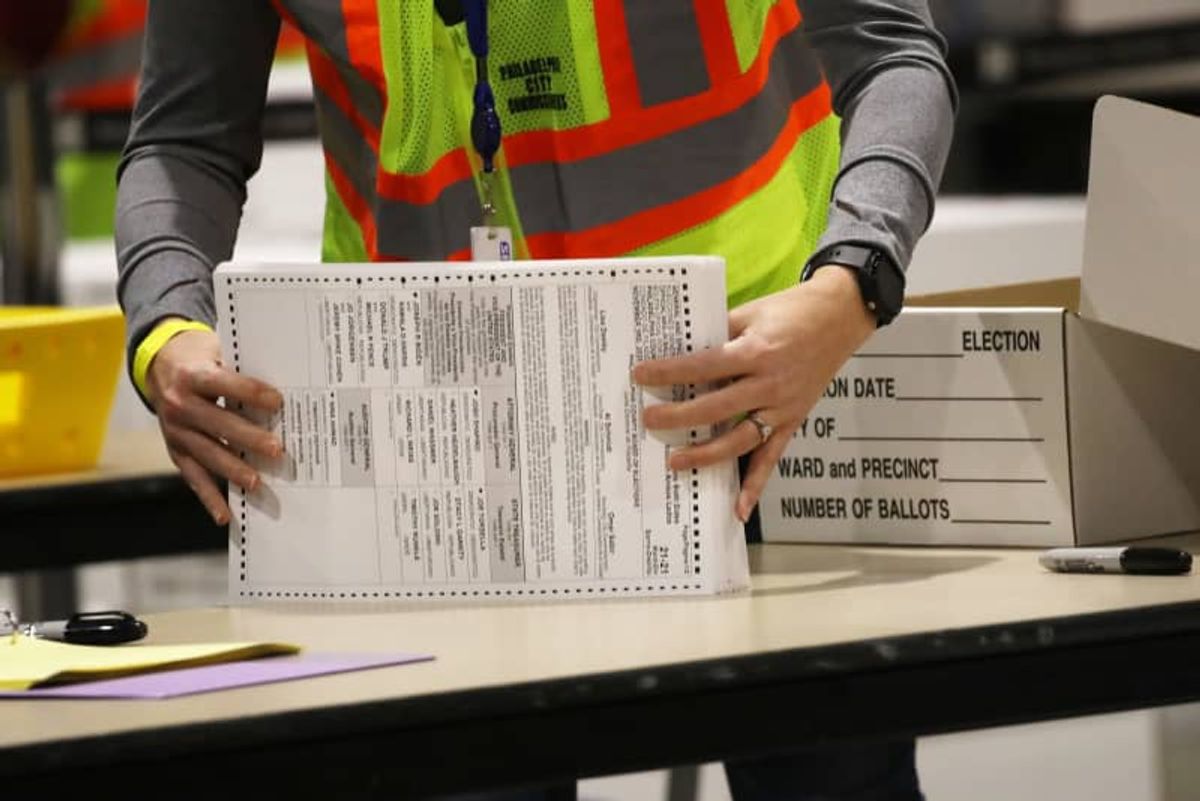 Democratic voters in Texas were more likely to cast their ballots by mail than Republican voters in the last election.

Today, that may sound like a forgone conclusion, but that wasn't the case four years ago. Absentee ballots, which only certain groups of Texans are eligible to use, have traditionally been a tool utilized by the GOP, and in 2016, counties reported that higher percentages of Republican voters cast absentee ballots than Democratic voters.

The reason for the swap? It came from the top. Experts and political operatives note that President Donald Trump spent months attacking the credibility of mail-in voting to his Republican base while national and state Democrats launched their largest-ever push to support the method as a safe option to vote in the pandemic.

Other factors at play this election season in Texas included an increase in participation by younger voters who lean Democratic, many of them college students living out of state. Democrats also were more likely to take coronavirus risks and precautions more seriously, leading them to look for ways to stay out of the polls during the pandemic, experts on both sides of the aisle said.

In total, Texans cast 1 million absentee ballots before Election Day, up from less than 500,000 in 2016, according to the Texas secretary of state's office.

Martha Griffin, an Austin science educator who supported Joe Biden, said she voted absentee by claiming a disability caused by a chronic condition doctors said was brought on by COVID-19, which makes her dizzy easily and unable to stand for long periods, among other issues. She was also afraid of being contagious or contracting the virus again after being diagnosed in May.

"When it came time to think about how to vote, I was kind of terrified," said Griffin, 61, who was still suffering symptoms of COVID-19 in November, which qualified her for mail-in balloting.

Texas voters can qualify for mail-in ballots only if they are 65 years or older, have a disability or illness, will be out of the county during the election period, or are confined in jail. The Texas election code defines disability as a "sickness or physical condition" that prevents a voter from appearing in person without the risk of "injuring the voter's health."

Griffin was among hundreds of thousands of Texans who voted by mail for the first time in 2020.

The state does not keep records on which candidates the absentee voters supported, but most counties do. A higher percentage of votes for Democrats were cast by mail in each of Texas' five largest counties and in smaller, rural conservative counties like McLennan and Atascosa, in border counties like Cameron and in the suburbs outside of Austin and Houston. The trend was seen both in counties that were won by Biden as well as those won by Trump.

There are also other indicators that the trend was statewide. In November, about 39% of all ballot-by-mail voters had most recently voted in the Democratic primary, compared to about 26% who had most recently voted in the Republican primary, said GOP consultant and data analyst Derek Ryan, who tracks statewide voting trends. The rest did not vote in the primaries, Ryan said. Just over 2 million people voted in each primary in March.

More than 120,000 mail-in voters in November had never voted in a primary or general election before, Ryan said.

Overall, the influx of mail-in votes for Democrats didn't give them a notable advantage, given that the GOP kept their majorities in state offices.

What it means for the future of participation in mail voting in Texas remains to be seen after an outlier year in which the pandemic led to an election unlike any other.

But with the next statewide election two years away, it's difficult to gauge yet how big a role mail-in voting would have in an overall Democratic strategy, said Luke Warford, director of voter expansion for the Texas Democratic Party.

For now, he and other party officials will be analyzing the data to see what drove Democratic voters to their mailboxes and, meanwhile, continue pushing for expanded mail-in balloting in the 2021 legislative session.

Their efforts for the next cycle will also be determined by whether there is still a public health risk in 2022, he said.

"We are driven both by strategy and by morality, by what is right and wrong, and the right thing is that people should not have to choose between their safety and exercising their right to vote," Warford said.

Requests for comment from the Republican Party of Texas were not answered.

Once a Republican tool

In the days when mail-in voting was half as popular, Texas' absentee voters — who are automatically qualified to use mail ballots after the age of 65 — leaned conservative.

"In previous elections, you had the state (Republican) party, you had whoever was at the top of the ticket, sending out ballot-by-mail applications to their [eligible] voters to get them to vote by mail," Ryan said. "There's always been a concerted effort on the part of Republicans to get as many people to vote by mail as they could."

In 2020, however, those efforts were thwarted by both their own party's leaders in Texas and Washington. In a rolling series of tweets and at rallies, President Donald Trump pushed concerns of widespread fraud — which are unsubstantiated — in mail-in ballots.

"Trump told Republicans, 'Don't touch it,'" said Bob Stein, faculty director at the Rice University Center for Civic Leadership, which is studying voting patterns throughout this election cycle. "There was confusion, fear of the Postal Service, and the president made voting by mail like leprosy or something worse. And I thought at the time that it might suppress Republican turnout. It did not. It just simply made it necessary for a lot of Republican voters to figure out another way of voting."

That message was echoed by Texas GOP leaders as well. Lt. Gov. Dan Patrick characterized efforts to expand mail-in voting during the pandemic as a "scam by Democrats" that would lead to "the end of America."

The tactic seemed to work. Some 38% of Republicans in Harris County who had voted in three of the last four federal elections by mail, voted in-person early or on election day last month, Stein said.

The increase in absentee ballots overwhelmed elections offices across the state, particularly in rural counties, which struggled to keep up with the workload.

"We did hire some additional staffing for early voting ballot boards to go through all those absentee votes. We just had a lot of late nights," said Rebecka K. LaCourse, elections administrator for conservative rural Colorado County just west of Houston. "It definitely doubled here. I would attribute that to our aging population. I wouldn't say it was entirely the coronavirus."

About 40,000 absentee voters were under the age of 30, a group who doubled their mail-in ballots compared to the last presidential election, said Kristian Lundberg, a researcher at the Center for Information & Research on Civic Learning and Engagement at Tufts University.

About 1.4 million young people in Texas cast their ballots either in person or by mail during early voting, he said.

While it's difficult to know who they voted for, Lundberg said, exit polls in Texas showed that about 60% of young voters supported Biden.

In a University of Texas/Texas Tribune Poll taken shortly after the shutdowns in Texas began last spring, a majority of voters were "extremely" or "very " concerned that the virus would spread in their communities, but the level of concern was higher among Democrats, urban voters and voters of color. Some 27% of Republicans told pollsters that they were "not at all" concerned about community spread, compared with 3% of Democrats.

More than half of Texas voters — 55% — said all Texans should be allowed to vote by mail in the 2020 general election in response to the pandemic. Among Republicans, 59% say they would oppose allowing all Texans to vote that way, while 86% of Democrats favor it. A slight majority of independents, 51%, favor wide-scale voting by mail in Texas.

"The Democrat voters are more likely to have taken COVID seriously and thought that the safest way to vote, from a public health standpoint, was to cast their vote by mail," said Ryan, the GOP data analyst. "Even though in the past elections they were probably in-person voters. And the Republicans are probably a little bit skeptical of the seriousness of COVID and decided that it's fine to vote in person, that we need to get back to normal life as much as possible, and that we can send a message by voting in person and doing it that way."

Disclosure: Rice University and the Texas secretary of state have been financial supporters of The Texas Tribune, a nonprofit, nonpartisan news organization that is funded in part by donations from members, foundations and corporate sponsors. Financial supporters play no role in the Tribune's journalism. Find a complete list of them here.