MIKE TYSON argued Floyd Mayweather record is not the best in boxing history and cannot be considered the Greatest of All Time.

Tyson insisted Sugar Ray Robinson and Julio Cesar Chavez both had more impressive careers than Mayweather, who retired at 50-0.

Mexican legend Chavez once went an incredible 87-0 before he finally drew against Pernell Whittaker in 1993 and lost for the first time a year later.

Iconic heavyweight Tyson, speaking on his podcast in 2019, was in no doubt Mayweather’s accolades fail to stand up against those who came before him.

“Listen, Sugar Ray Robinson had 47 fights, he lost one, and he had a 78-fight winning streak. With, like, 60 knockouts.”

Tyson, 54, once admitted Mayweather, 43, would have been his ‘dream’ opponent if they were the same weight. 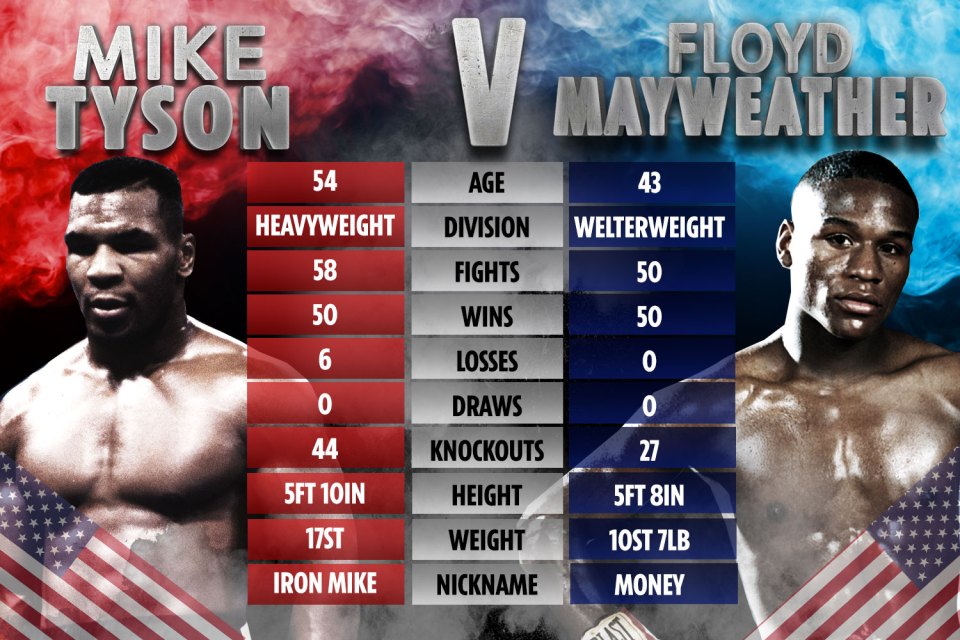 HE CON DO IT

Holyfield reveals talks with Tyson about £150m fight & vows: I'm ready for him

He drew with Roy Jones Jr, 51, in an eight-round exhibition bout and confirmed he will continue fighting this year.

Similarly, Mayweather hung up the gloves as a pro in 2017 after beating UFC star Conor McGregor, 32, but is still in the business of making money.

He wiped out featherweight kickboxer Tenshin Nasukawa in a 2018 Japanese exhibition, making £7million in the process.

And now, the former five-division champion prepares for his greatest pay-per-view spectacle as he faces YouTuber Logan Paul in February.

Ahead of the fight, Paul, 25, was joined by Tyson on his podcast – but the celebrated puncher gave the social media sensation little chance of success.

“There’s nothing good, he’s gonna fight back though, he’ll fight back.”