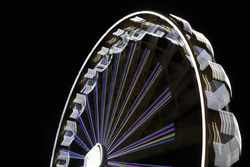 
Free will worries many physicists. It looks impossible to reconcile with a belief in deterministic physics, according to which events unfold as forces influence the trajectories of particles. In his new book Until the End of Time, the US theoretical physicist Brian Greene says that our choices only seem free because "we do not witness nature's laws acting in their most fundamental guise; our senses do not reveal the operation of nature's laws in the world of particles".