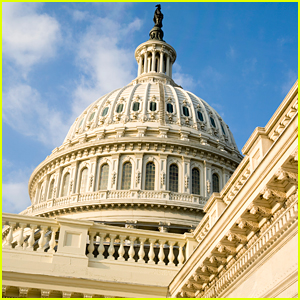 A physician is speaking out after it was revealed that several members of the U.S. Congress went maskless during the Capitol Breach earlier this week.

In a new video from the lockdown situation, where lawmakers were held safe in a room inside the building during the riot, a few key representatives were seen refusing a mask to wear.

Ms. Rochester told CNN after the video was unearthed that she was “very concerned we were sitting in a super-spreader event but instead of sitting back and lamenting, I tried to go into action to try and persuade people to put them on.”

“By the end of passing them out, I only had one left in my hand offering them to everyone,” she said. “I was disappointed in those who didn’t accept the masks but was encouraged by those who did. At least we were a little bit safer.”

Ms. Greene‘s office then provided a statement on the matter.

“Congresswoman Greene is a healthy adult who tested negative for COVID at the White House just this week. She does not believe healthy Americans should be forced to muzzle themselves with a mask. America needs to reopen and get back to normal.”

Now, Brian Monaghan, the attending physician to Congress, has put out a memo in warning to the House, advising them what to look out for as he fears it could have turned into a super spreader event.

The fear is due to Kansas rep Jake LaTurner, who tested positive for coronavirus, just a day after the riot happened, and had spent a day trying to convince Congress to stop Joe Biden‘s victory in the Presidential election.

“On Wednesday, January 6, many members of the House community were in protective isolation in room located in a large committee hearing space,” the doctor wrote in an email. “The time in this room was several hours for some and briefer for others. During this time, individuals may have been exposed to another occupant with coronavirus infection.”

He added that those who are experiencing symptoms to continue social distancing and wear a mask, and added that “individuals should obtain an RT-PCR coronavirus test next week as a precaution.”

Congressman LaTurner is following the advice of the House physician and CDC guidelines and, therefore, does not plan to return to the House floor for votes until he is cleared to do so.