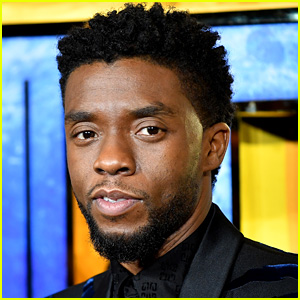 A second Black Panther movie is currently in the works and writer/director Ryan Coogler is working on how to tell the story without star Chadwick Boseman returning as T’Challa.

The beloved actor passed away last year following a battle with colon cancer and it has already been confirmed that he will not be recast.

Kevin Feige, who is the president of Marvel Studios, is opening up about more details on how they’ll proceed without Chadwick and what fans can expect in the upcoming movie.

“So much of the comics and that first movie is the world of Wakanda. Wakanda is a place to further explore with characters and different subcultures. This was always and initially the primary focus of the next story,” Kevin told Deadline.

He continued, “We’re not going to have a CG Chadwick and we’re not recasting T’Challa. Ryan Coogler is working very hard right now on the script with all the respect and love and genius that he has, which gives us great solace, so it was always about furthering the mythology and the inspiration of Wakanda. There’s also the task of honoring and respecting the ongoing learnings and teachings from Chad as well.”

Learn about the cool skill that Chadwick actually learned for his final movie.