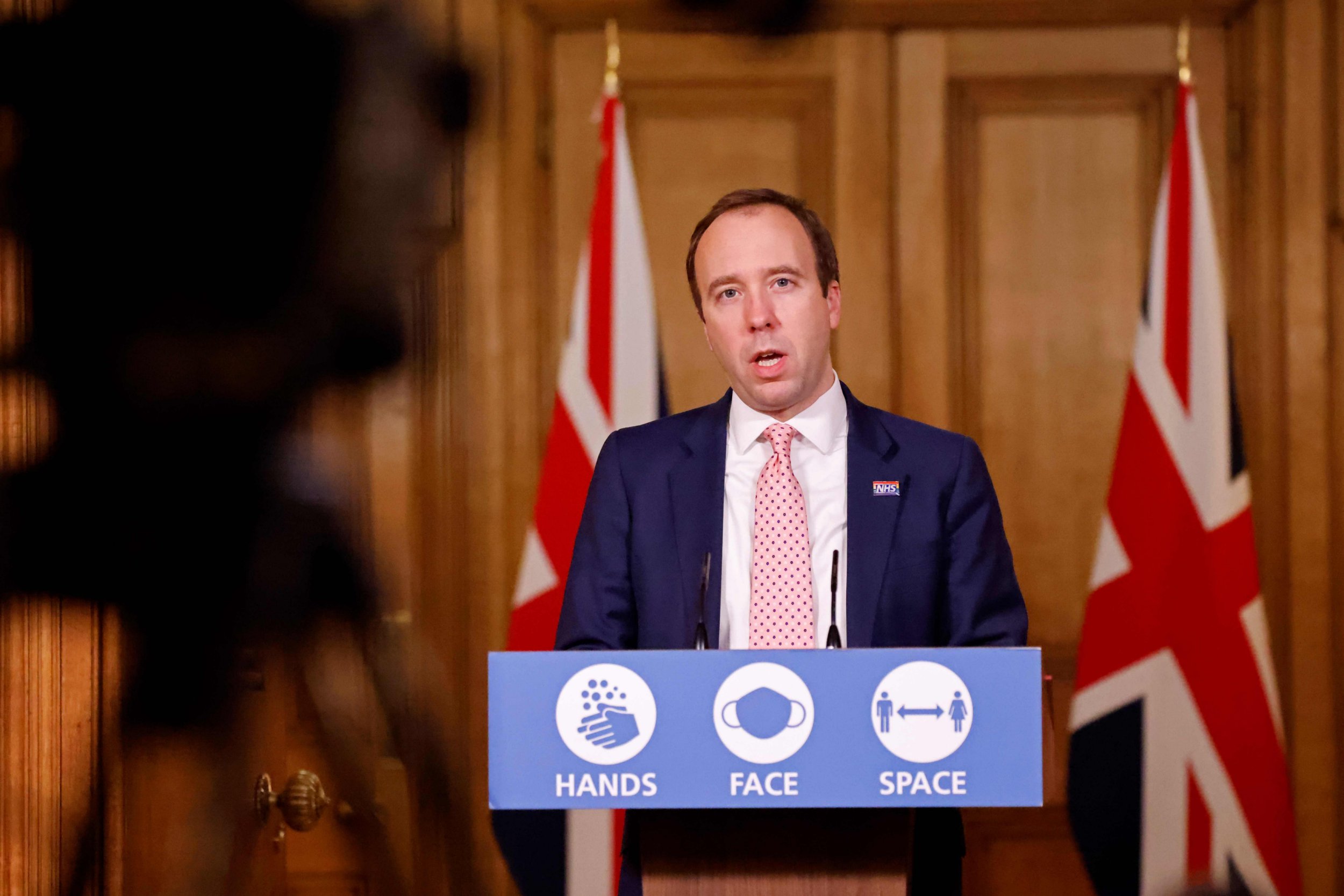 Matt Hancock will set out the government’s new plan for delivering Covid vaccines this afternoon with a press conference at Downing Street.

The Health Secretary is expected to discuss seven new mass vaccination sites, including a tennis club, football stadium and race course, which opened across England today.

These centres will also be joined later this week by hundreds more GP-led and hospital services, along with the first pharmacy-led pilot sites. This will push the total number of vaccine sites to 1,200 nationwide.

Hancock previously described the push for vaccinations as the ‘keystone of our exit out of the pandemic’. His words this afternoon will come amid serious warnings in all four nations over high levels of infection and struggling hospital systems.

The sites will all offer jabs to people aged 80 and older, along with health and care staff. Next on the government’s priority list are people 75 and over, before those aged 70 and over and clinically vulnerable individuals.

Ms Edwards, from Cobham in Surrey, who received her first dose beside her daughter Clare Edwards, said it was ‘extremely important’ to get the vaccine.

She went on: ‘Having this vaccine makes it a step closer to being with my family again and giving them a big hug.’

This morning Nadhim Zahawi, the minister in charge of vaccine deployment, said that most people currently had ‘about a 45-minute drive’ or less to a vaccination centre.

He said his aim was to ensure no-one in the UK was ‘more than a 10-mile radius’ away from a site. He also told Times Radio he wanted to reach the point where people could simply walk into their community pharmacy or local GP to receive a vaccine.