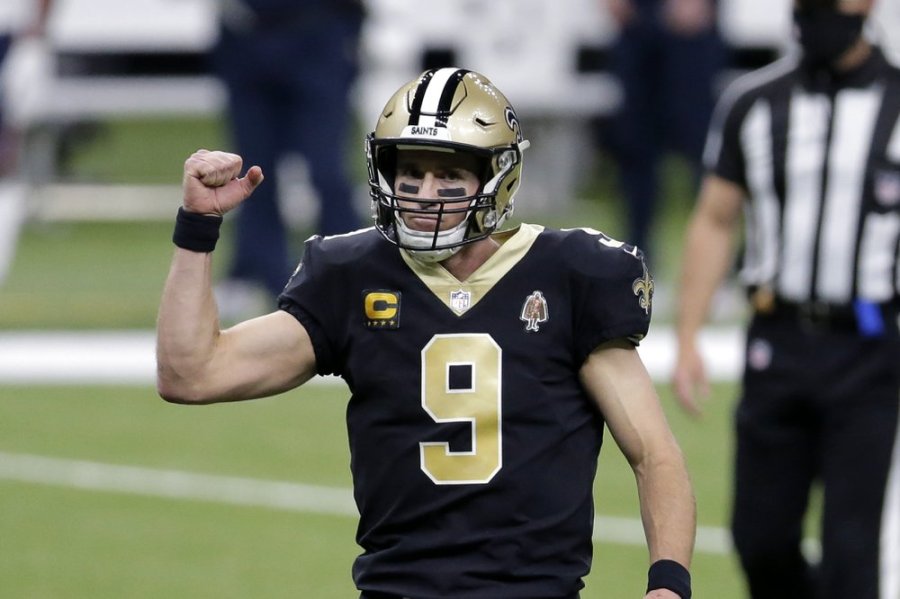 Drew Brees has joined Brett Favre and Tom Brady as NFL quarterbacks to win a playoff game after age 40.

Jimmy Graham made a one-handed touchdown catch with no time remaining to give the Bears and quarterback Mitchell Trubisky their only touchdown of the game. They didn’t bother with the extra point.

Brees and the Saints will host Brady and the Tampa Bay Buccaneers next Sunday in the divisional round.

Brees turns 42 on Thursday and Brady is 43. So, this will be the first NFL playoff game ever pitting two quadragenarian quarterbacks.

Drew Brees thought he scored his first touchdown run in the playoffs but TV replays showed he didn’t get the nose of the football across the plane of the goal line before pulling it back on fourth-and-goal.

The play was ruled a touchdown with 2:19 left to put New Orleans ahead of Chicago 27-3 pending the extra point.

The play was reversed, and Chicago took over trailing 21-3.

999: What’s Your Emergency viewers shocked as gang of teenagers with drugs and a blade raid a hotel in terrifying crime