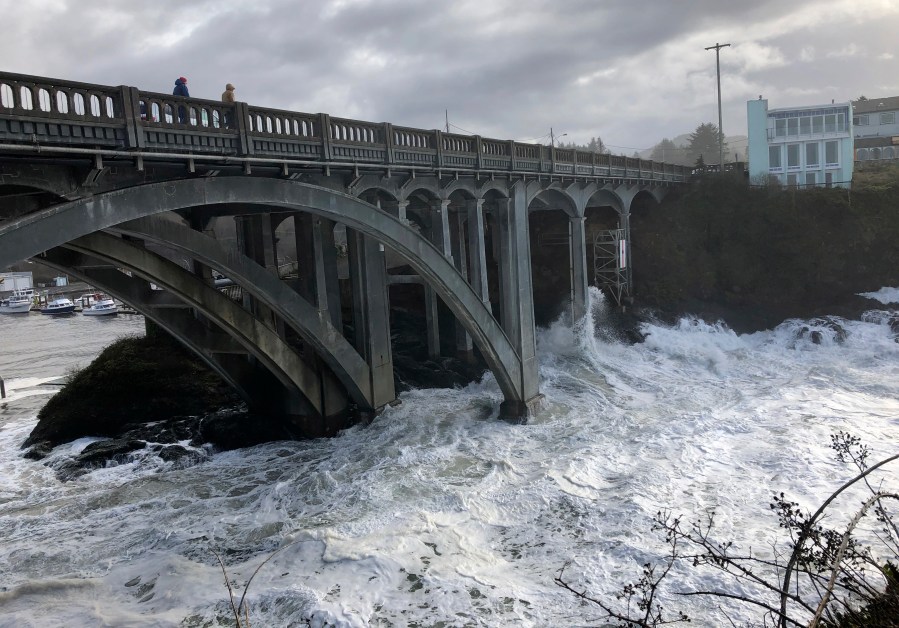 On the Oregon coast, the king tides will start Monday, Jan. 11 and will continue at least through Wednesday, Jan. 13.

Sunday, many people were already reporting higher than normal tides in some places.

Meteorologists say there’s a chance of minor flooding in the area, with water rising up to 1.5 feet above ground level during high tides. Flooding is most likely to occur in low-lying areas near bays, sloughs, and the lower reaches of the coastal rivers.

In the past, similar conditions have resulted in minor flooding in Raymond, Wash., on Highway 101 near South Bend, and in minor erosion of Highway 105 near North Cove. In Oregon, these conditions have previously caused Highway 101 to flood near Seaside, Nehalem, and Tillamook. Water has covered parts of Frazier Road, Miami Foley Road at milepost 1, the intersection near Alderbrook and Possetti Road. There has also been flooding in the town of Rockaway Beach.

On the Central Oregon Coast, similar conditions have flooded Highway 126 near Florence and Highway 24 along the Alsea River. It has also caused minor erosion on Highway 101 in the past between Lincoln Beach and Depoe Bay.

Coastal residents in the impacted areas should be alert for rising water and take action to protect lives and property.