CONOR McGREGOR is ‘almost unrecognisable’ from his first Nate Diaz fight with the Irishman now ‘entering his physical and mental prime’.

McGregor made a famous jump from featherweight to welterweight in 2016, losing to Diaz but winning the rematch five months later.

Fast forward to 2021, and he returns to lightweight – where he formerly held the title – rematching Dustin Poirier at UFC 257 on January 23.

McGregor’s head coach John Kavanagh highlighted his star pupil’s development since that defeat to Diaz having come across old footage.

Kavanagh told TheMacLife: “I just think you have to look at his physical appearance for a start.

“My dad keeps ringing me scared that Conor’s after putting on too much weight because he looks like a tank at this stage.

“But weight is on track. Everything’s on track both physically and mentally.

“We actually came across a video of him from after the first Diaz fight, however long ago that was.

“He’s almost unrecognisable looking at the difference between the fights.

“He’s really developed as a professional athlete and at 32, he’s entering his physical and mental prime. So we’re in for some good times.” 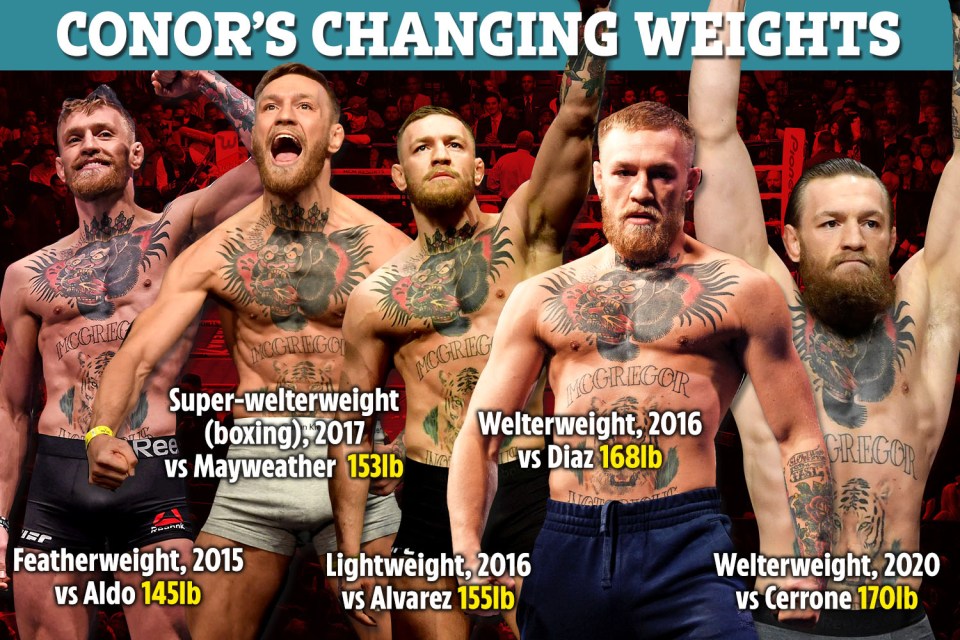 McGregor weighed in a career-heaviest at the time as he tipped the scales at 168lb for both Diaz fights.

He then bulked up to 170lb last year, when he knocked out Donald Cerrone, 37, which was the last time the southpaw was in the octagon.

But now McGregor drops back down to the 155lb division for the first time since losing to arch rival Khabib Nurmagomedov, 32, in 2018.

He first beat Poirier at featherweight in 2014, something Kavanagh feels will be hard for the American to mentally cope with. 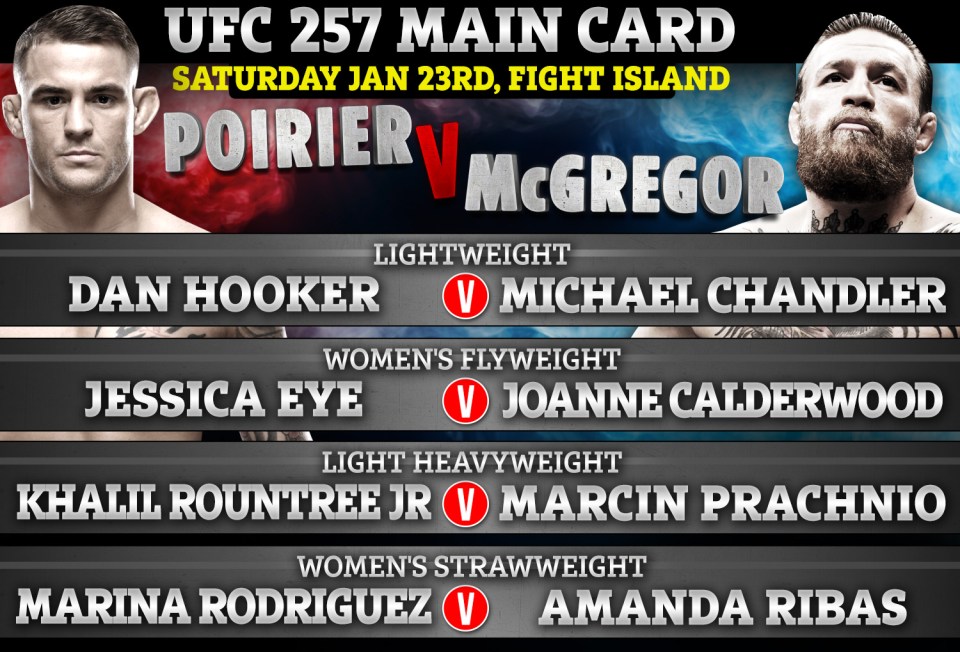 The trainer said: “He’s fighting a different animal than any of [his previous opponents], somebody with true one punch knockout power that he’s already felt.

“I think you could spend a lifetime going to sports psychologists and talking to this person and that person — that’s not going to have been erased from his mind.

“He knows he’s facing somebody who can shut off his lights very, very rapidly and now is a lot more powerful and a lot more experienced than he was even then.

“It’s a tough uphill battle for Dustin, but Dustin’s a phenomenal fighter, a great fighter and I know him and Conor, they’ve got certain agreements on charity things outside which is great.

“I think that’s what professional sports should be about anyway. But yeah, I’m really looking forward to this one.”

Gymbacks Post Third-Highest Team Score in Loss to No.1 Florida

US to review strategy for relations with North Korea