The New Orleans Saints deleted a tweet of quarterback Drew Brees ahead of Sunday’s NFC Wild Card matchup with the Chicago Bears amid social media backlash.

The tweet in question showed Brees warming up in a #SayHerName shirt — the hashtag used to bring attention to the shooting death of Breonna Taylor by Louisville Police. But the recent backdrop of pro-Trump rioters storming the U.S. Capitol and Brees’ personal politics had the Saints backtracking on the tweet.

Brees, who has worn the #SayHerName shirt during pregame warmups all season, faced intense scrutiny this offseason for his comments about peaceful protest of racial injustice. He had also shared a luxury suite with President Trump during last season’s CFP National Championship. 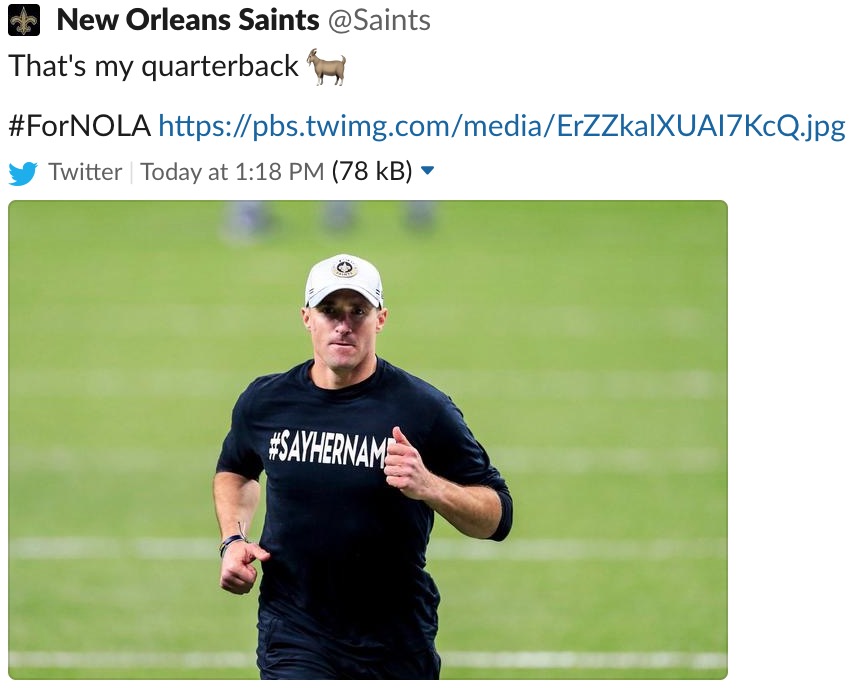 As fans speculated in the Saints’ mentions that Brees was possibly co-opting the Breonna Taylor social justice hashtag for Ashli Babbitt — the pro-Trump rioter who was killed during the mob — the Saints commented on the now-deleted tweet to clarify that the shirt was for the Saints Players Coalition.

And again, Brees has worn the shirt all season. This photo, for example, is from Sept. 27: 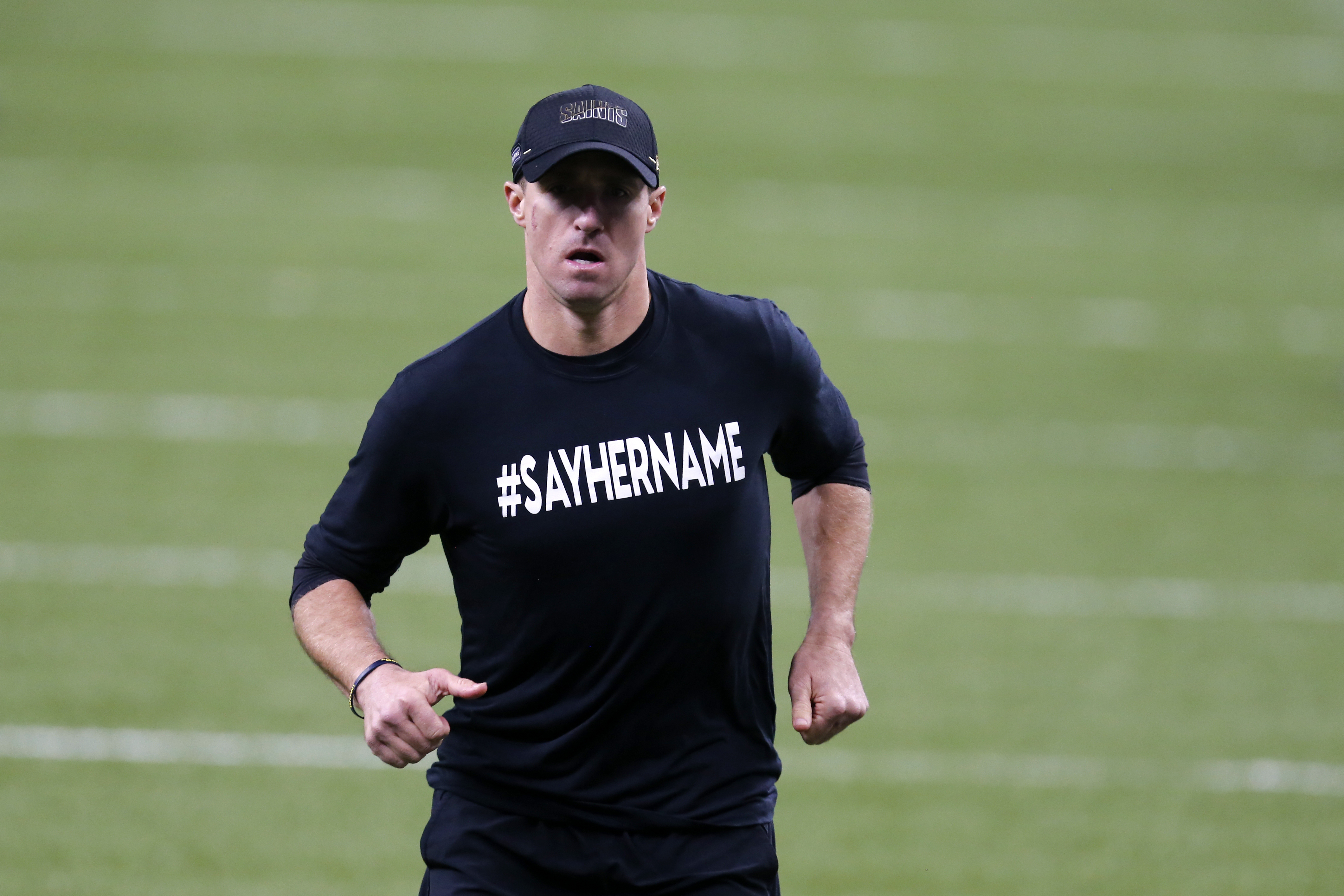 But still, the Saints social team really should have thought that one through (why a photo of Brees in the shirt?) considering, uh, everything.

How security will change on Capitol Hill and across the U.S. moving forward