MANCHESTER CITY could pull off one of the most incredible signings of all time if they land Lionel Messi in January.

The Barcelona great, 33, almost quit his boyhood club in the summer before performing a dramatic U-turn to honour the final season of his contract. 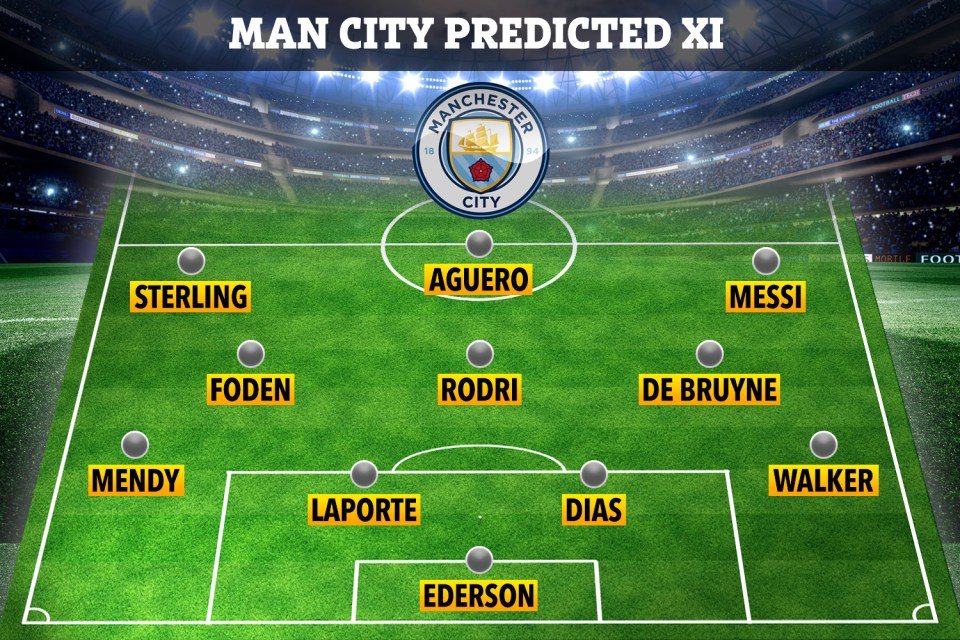 As things stand, he will leave the Nou Camp as a free agent at the end of the 2020-21 campaign.

But as revealed by SunSport, Manchester City are ramping up plans to make a move to land the 33-year-old in January.

City’s fresh approach to land Messi would be a sure sign of their commitment to boss Pep Guardiola, who is yet to agree a deal to stay at the Etihad beyond next summer.

Any contract offer for Messi, though, is likely to mean eye-watering wages stumped up by the four-time Premier League champions.

Barcelona’s debts of £437million mean they are in desperate need of cutting costs drastically.

So the chance to bring in any fee, possibly less than £50m, rather than letting Messi go for free may be too good to turn down.

Should City sign the six-time Ballon d’Or winner, Guardiola will have to work out the best way to fit him into his system… or fit his system around the icon.

The most likely option (above) could see a standard back five of Ederson in goal, Kyle Walker, summer-signing Ruben Dias, Aymeric Laporte and Benjamin Mendy.

Rodri may sit at the base of the midfield with Kevin De Bruyne and Phil Foden pushing on and a devastating front three of Messi on the right, Sergio Aguero through the middle and Raheem Sterling on the left.

That would allow Messi to operate in the role he has caused so much damage from over the years, especially during Luis Suarez’s time at the Nou Camp. 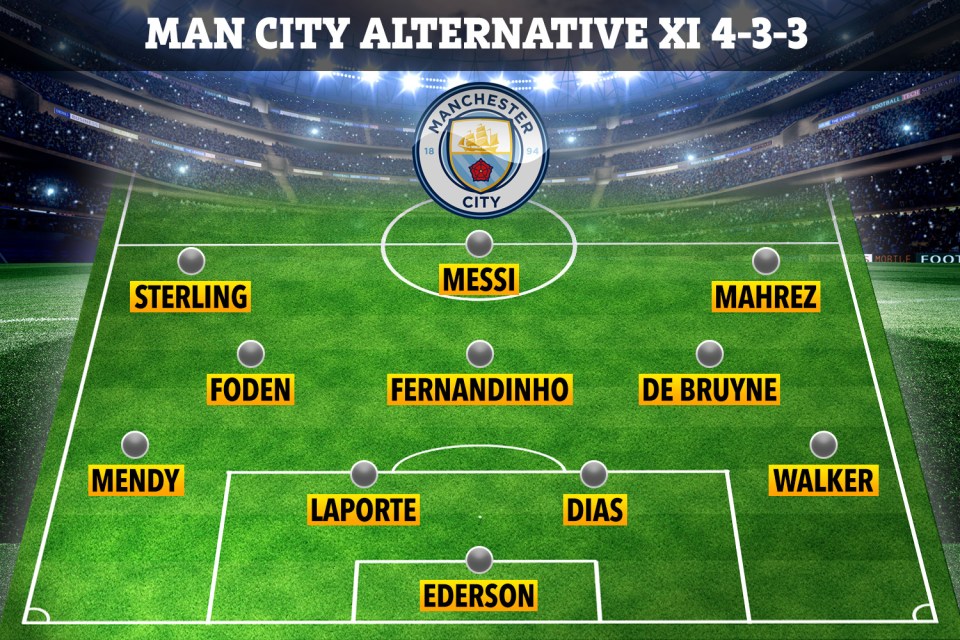 A similar option for Guardiola that would allow him to keep his favoured 4-3-3 formation could see Messi played as the central striker – or the false No9 as he mastered under his former boss at Barca.

That would mean Aguero dropped out and Riyad Mahrez takes the right-wing spot while Fernandinho could be brought in for Rodri in midfield. 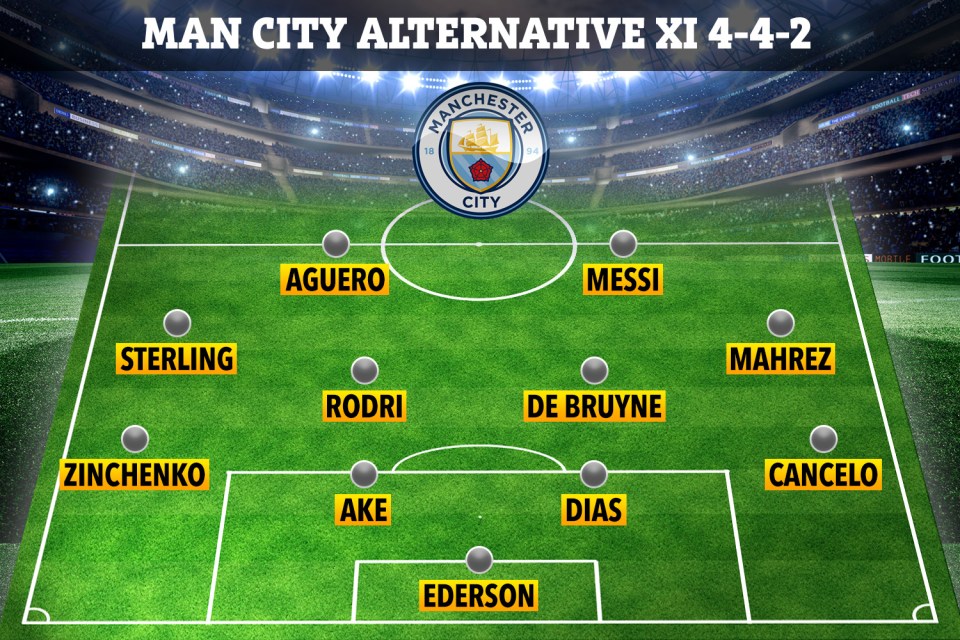 A slightly rogue option – maybe one for the FA Cup – could see City line up in a 4-4-2 formation.

A changed-up defence may give a chance for Joao Cancelo, Dias – or Eric Garcia – Nathan Ake and Oleksandr Zinchenko.

Mahrez and Sterling offer pace on the wings while De Bruyne or Foden and Rodri can operate in midfield together.

That would free up Argentina team-mates Messi and Aguero to start together as a front two causing any centre-back pairing nightmares. 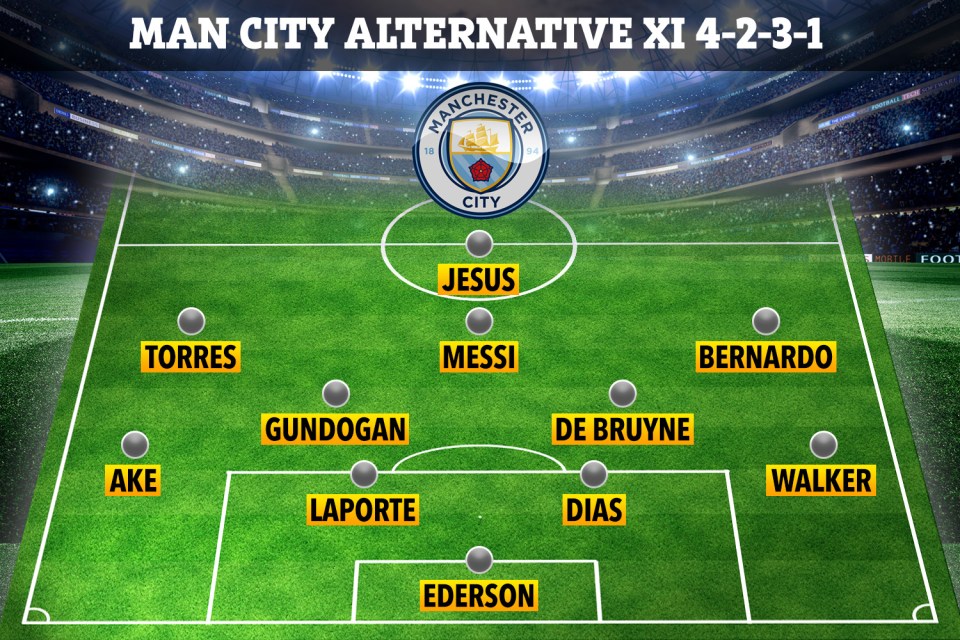 With another version of the back four as Ake replaces Mendy, De Bruyne and Ilkay Gundogan may get the nod to operate as a two in midfield together.

Even with Leroy Sane sold to Bayern Munich, there are plenty of other options out wide with Bernardo Silva and new-boy Ferran Torres brought into the side.

Aguero’s understudy Gabriel Jesus could lead the line and allow Messi to operate in the No10 role pulling the strings with plenty of pace around him. 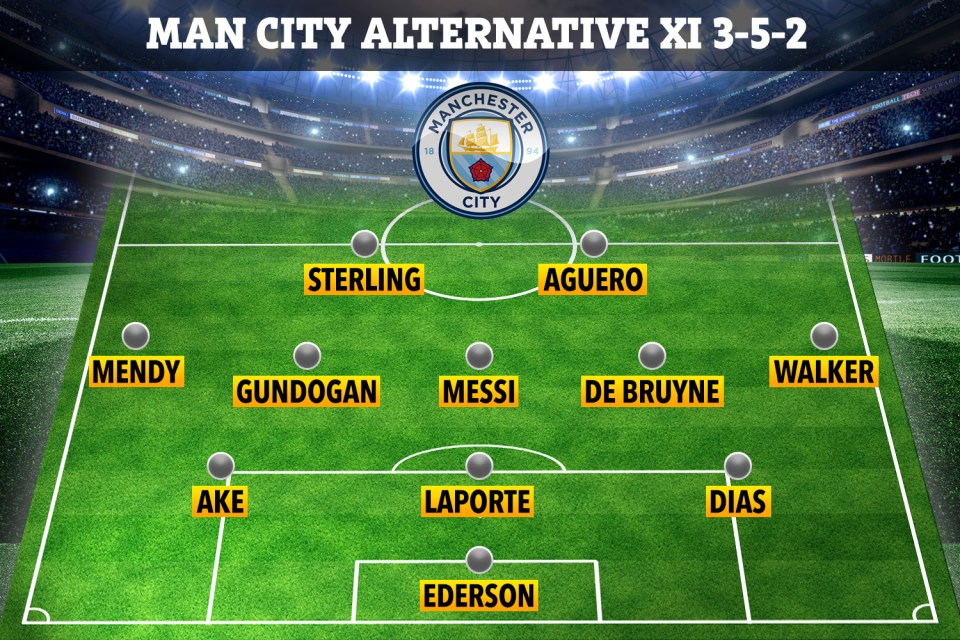 Should Guardiola want to really shake things up with a back three, he certainly has the tools at his disposal to do so.

There are plenty of options for the three centre-backs, including the new arrivals Dias and Ake.

Walker and Mendy are the perfect wing-backs in the modern game and either Gundogan or Rodri could be the most defensive of the midfielders.

De Bruyne and Messi – just like David Silva for many years – would be pretty unstoppable linking up in between the lines while Sterling could move centrally to partner Aguero up front.