Tottenham star Gareth Bale has aimed a thinly-veiled barb at Real Madrid after declaring himself at a club where he is now ‘wanted’.

The 31-year-old is back at Spurs on a season-long loan, ending a tumultuous period with Los Blancos.

The Wales ace has won four Champions League titles and two La Liga crowns with Real. However, it became apparent that manager Zinedine Zidane no longer sees him as a long-term option.

Having flirted with leaving on a couple of occasions, the former Southampton man moved to north London in September. He was welcomed with open arms having made 203 appearances for the club prior to joining Real.

Bale opened his account second time around against Brighton in a 2-1 Premier League victory. He has also provided an assist and looks at home at the Tottenham Hotspur Stadium.

It remains to be seen what happens at the end of his loan deal. But the Cardiff-born ace could not resist a dig at the Spanish giants.

“I feel very happy and I have settled in very well at Tottenham,” he said. “Coming back to a place where you feel loved gives to you the hunger to go again and to play for your fans who you know support you so much.

And the powerful forward hopes that he has just scratched the surface in what he can do for the club.

“I feel I’m in a good place but there is still more to come, more to improve, and I’m looking forward to it,” he added.

Bale is currently on international duty with the Dragons ahead of Wednesday’s Nations League clash with Finland.

The Welsh are top of Group B4 and a point against Markku Kanerva’s men will seal promotion to League A. They have won four games – all by a 1-0 scoreline – and will hope for a repeat this week.

He looks set to play and caretaker boss Robert Page feels the move to England has benefited all concerned. 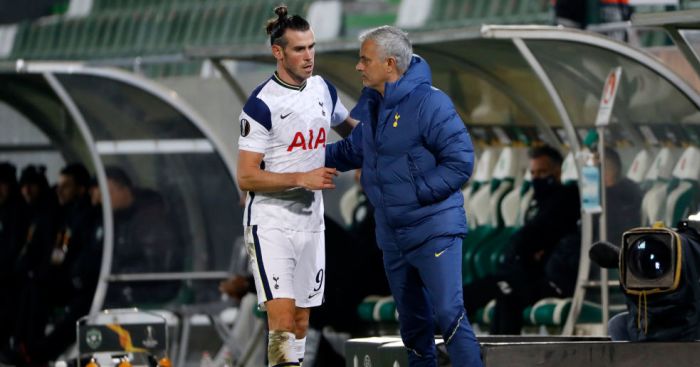 “We’ve now got a player on our hands that has fallen back in love with the game,” he said. “The older you get you do lose sharpness but I’ve not seen any evidence of that in the last two days of training. The things I saw were the other way.

“He’s looking sharp, bright and powerful. He’s in great shape and some of the things he did in training you took a step back. It was great to watch.”

OPEC talks on oil production to go into second day