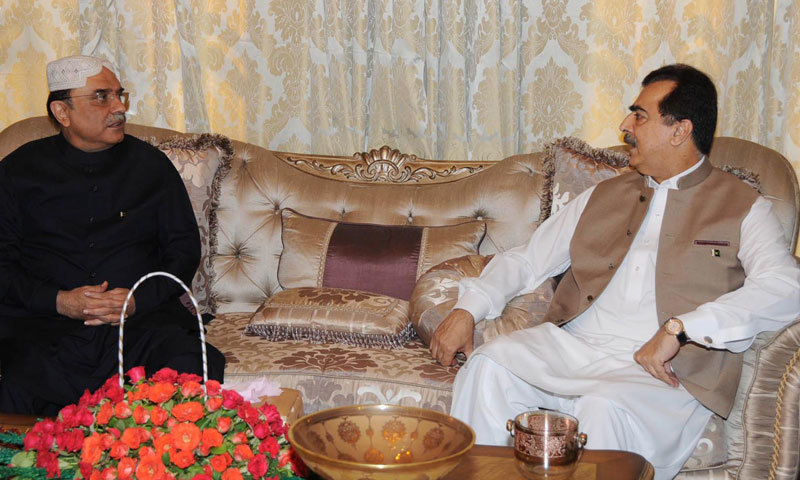 Deputy secretary of the cabinet division Zubair Siddiqui recorded his testimony while Judge Syed Asghar Ali of the accountability court deferred his cross-examination till November 26.

The court also accepted applications seeking exemption of the two leaders of the opposition party from court appearance on Tuesday.

National Accountability Bureau (NAB) deputy prosecutor general Sardar Muzaffar Abbasi produced the witness before the court along with relevant record of the Toshakhana reference. However, the defence counsel objected to the authenticity of the documents, which were not original, arguing that the court could not rely on the photocopies.

The court was earlier apprised that the counsel for Khawaja Anwar Majid and Abdul Ghani Majid has quarantined himself due to Covid-19. Further proceeding in this matter was later adjourned till November 26.

The case is pertaining to three Toshakhana vehicles, which were given to former prime minister Nawaz Sharif and ex-president Zardari. Taxes of the vehicles were allegedly paid through ‘fake’ bank accounts, according to the prosecution.

The same court had earlier declared the supreme leader of the main opposition party a proclaimed offender in this case and started the process to confiscate his properties.

Former Sindh Bank president Bilal Sheikh appeared before the court in the case related to alleged money laundering that caused a loss of Rs25 billion to the exchequer.

NAB’s prosecutor apprised the court that the supplementary reference had already been finalised.

The court allowed the anti-graft watchdog to file the reference till December 3 and adjourned further proceedings in the matter.

In December 2019, the bureau had filed Sindh Bank reference against two former presidents of Sindh Bank and 18 other suspects for their alleged involvement in corruption and awarding loans to Omni Group through illegal means. The reference alleged that the accused facilitated a loan worth Rs29 billion to unnamed companies of Omni Group.

Arteta offered advice, as Arsenal star labelled ‘out of his depth’

No easy ride for EU-US, even with Biden's francophone team