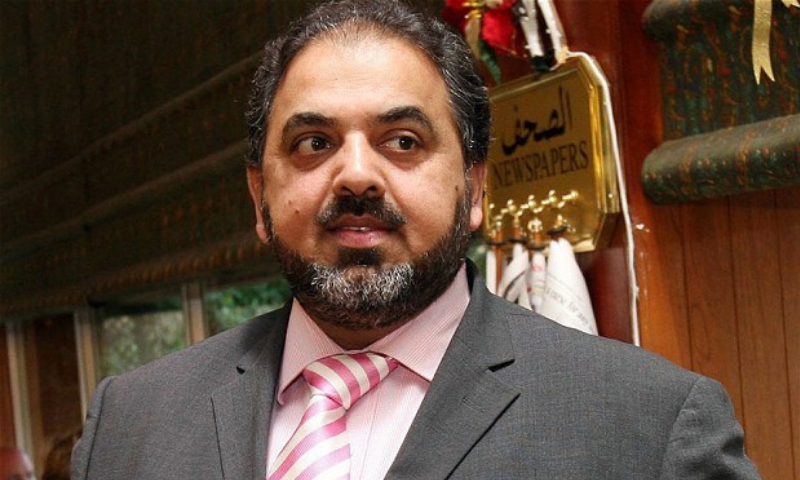 LONDON: A day after British Pakistani Lord Nazir Ahmed tweeted that he has stepped down from his role in the UK House of Lords after 20 years of service, a report published by the Upper House revealed that a conduct committee recommended he be expelled after an inquiry into sexual misconduct.

The decision marks the first time a peer has ever been recommended for expulsion.

“Lord Ahmed breached the Code of Conduct by failing to act on his personal honour in the discharge of his parliamentary activities by agreeing to use his position as a member of the House to help a member of the public but then; sexually assaulting the complainant, lying to the complainant about his intentions to help her with a complaint to the Metropolitan Police regarding exploitation by a faith healer, exploiting the complainant emotionally and sexually despite knowing she was vulnerable,” read the preamble to the report published on Tuesday.

House of Lords inquiry recommends his expulsion for misconduct and dishonesty

The report added: “...the Commissioner found that Lord Ahmed knew that he was dealing with a vulnerable person, who was undergoing treatment for anxiety and depression and who had already made clear that she did not want a sexual relationship. He nonetheless misleadingly induced her to visit him at his house under the pretext of offering to assist her as a member of the House of Lords…”

UK media reports suggest 43-year-old Tahira Zaman approached Lord Nazir three years ago in the hope that he would help her in getting the police to investigate a Muslim healer who she thought was a danger to women.

Ms Zaman told BBC that Lord Nazir repeatedly asked her for dinner and she finally agreed.

Weeks after she contacted him about the case, he asked her to come to his east London home. The two had a consensual sexual relationship. However, she said: “I was looking for help and he took advantage of me. He abused his power.”

Lord Nazir hails from Azad Kashmir and was made a life peer on the recommendation of Prime Minister Tony Blair in 1998. Currently living in Rotherham, he sat in the House until he retired this week.

Many of his political activities relate to advocating for the Muslim community both in the UK and abroad. In his Twitter bio, he describes himself as “a campaigner for Kashmiris” and the “first Muslim member appointed to the House for life”. He resigned from the Labour party in 2013.

He came to Pakistan to meet Prime Minister Imran Khan after his victory in the 2018 general elections. The two discussed how to improve Pakistan’s relations globally.

In the inquiry report, the head of the committee found “that, while Lord Ahmed was taking no steps to help Ms Zaman for the majority of their interactions, he allowed and encouraged her to believe that he was”.

The commissioner added: “[On] important issues Lord Ahmed persistently gave deliberately inaccurate and misleading accounts to conceal his behaviour towards Ms Zaman … I consider that in conducting himself in this manner he has failed genuinely to cooperate with my investigation. He has failed to act on his personal honour, as evidenced.”

Although Lord Nazir admitted to having a brief relationship with the complainant, “he did not accept that any of the potential breaches of the Code of Conduct had taken place”, the report said.

In a statement last year, he told BBC: “I completely deny the allegation that I have exploited my position to pursue an inappropriate relationship with any member of the public (vulnerable or otherwise) or that I have acted inappropriately in the presence of women either in my personal or professional capacity.”

In a separate case, the former Labour peer Lord Nazir and two of his brothers in 2019 were charged with historical sexual offences against minors. He has pleaded not guilty to all counts.

Lord Nazir was charged with serious sexual assault against a boy under the age of 11 and the indecent assault of the same boy; two counts of attempting to rape a girl who was under the age of 16. All charges relate to dates between 1971 and 1974.

The trial was set to commence in January this year but has been postponed to resume in January 2021 because of Covid-19 restrictions on jury trials.

Iowa board certifies 6-vote Republican win in US House race