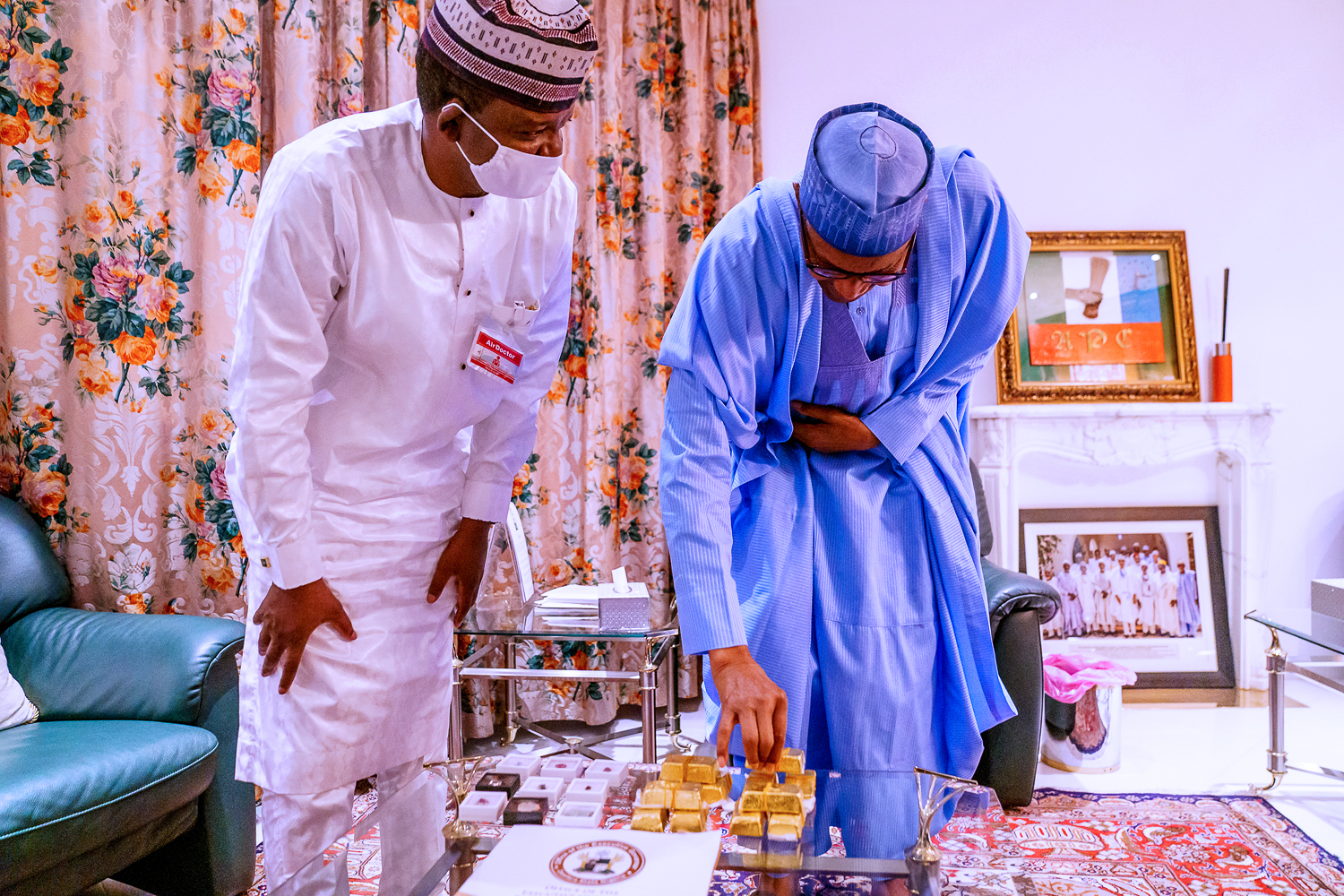 Following the recent declaration by the Zamfara State governor, Bello Matawalle referring to the gold deposit in the state as belonging to Zamfara, the National Coordinator of the Buhari Campaign Organization (BCO), Alhaji Danladi Pasali has dismissed the claim insisting that the natural resource constitutionally belongs to Nigeria as a nation.

“The gold that is being tapped in Zamfara State constitutionally belongs to Nigeria as a nation and not the state” Pasali declared.

He made this declaration while speaking to newsmen in Kano Tuesday evening where he paid a courtesy call on the traditional institution commending its role in containing the recent #ENDSARS crises that led to destructions by hoodlums.

The BCO went further to condemn the Zamfara State governor and called on the federal government to cut him to size to avoid chaos.

“We condemn the political behaviour of the Zamfara State governor regarding the gold deposit in the state. As a natural resource, it is even a constitutional matter that such natural resources belong to Nigeria and not to any individual state.

“We are calling on the Federal government to call the Zamfara State governor to order and not allow him to go along the unconstitutional path he is treading, and any other state governor that might want to bring chaos as well.

“We at the Buhari Campaign Organization are condemning him” Pasali declared.

Talking about their trip to Kano, Pasali hailed the role of the Kano traditional institution in maintaining peace and order among youths during the recent end SARS protests the led to the destruction of lives and property.

“We are in Kano to commend the role played by the traditional institution in making the youth to understand the need for peace and tranquility and staying away from mayhem and wanton destruction of lives and property.

“We also used the opportunity to meet with all our Kano State coordinators to remind them of the projects and programs of the president that include empowerment projects, funding of artisans, market women and the rest.

“We are raising awareness among our people so that people will key into them and benefit.

“We see the response of the Niger Delta governors in this regard as an agenda of the PDP governors to destabilize the present administration. We know that they are part of the people that funded the #ENDSARS protests. They are part of the people propagating resource control. Any time they are not in government, they pursue an agenda that will destabilize the incumbent regime. So to us it is an agenda of the opposition.

Because if you look at the whole thing, the governors of the South-South and the Zamfara State governor are all of the PDP. They belong to the opposition, so it is an opposition agenda to create disharmony and chaos in the country. Hence we in the Buhari Campaign Organization resist it.

“My direct call to the Zamfara governor is that he has no power or capacity to take such a stance. Resources belong to the country. When we talk about resources in Zamfara State we are talking about Nigeria as a whole and not just Zamfara State, so he has no capacity. It is s constitutional matter that the Federal Government should decisively deal with.

“They sponsored and promoted #EndSARS that ended in chaos after which they are now creating another source of crises.

On the reaction of the South-South governors to the Zamfara governor, the BCO National Coordinator explained that the issue of the discovered resources is constitutional and the license for tapping them are issued by the Federal Government, not the Zamfara State government.

There are ten licensed companies that are registered in that regard and Zamfara State government had no capacity to register any company. They are all of the Federal government. So as a governor if he promotes illegality the law is there” he declared.

BenFred's Quick Hits: What's with Molina, McCann and the rumor mill? A Redbird pitcher for a Red Sox fielder? Why can't SLU and Mizzou get it together?