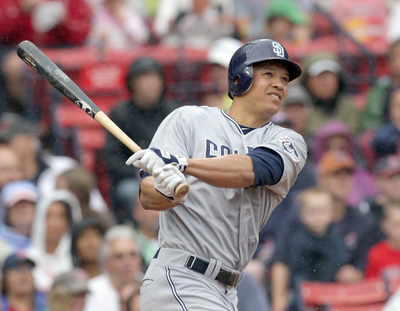 Former San Rafael High standout Will Venable is set to be named the next bench coach for the Boston Red Sox, per reports on Tuesday.

Venable spent the past three seasons as a coach with the Chicago Cubs. Venable was in the mix for managerial positions with both the Red Sox and the Detroit Tigers this offseason.

Venable had a first-round interview with the Red Sox for their managerial position in October. The Red Sox eventually re-hired Alex Cora as their manager on Nov. 6.

Cora helped lead the Red Sox to a World Series championship in 2018 but was involved with sign-stealing scandals with Boston and the Houston Astros.

Venable is set to join Cora’s new staff with the Red Sox, who are coming off a last-place finish in the AL East.

Venable was a standout baseball and basketball player for San Rafael before playing college baseball for Princeton.

The first big move of Venable’s post-playing career came when he was appointed special assistant to then-Chicago Cubs president Theo Epstein, who stepped down from that position on Tuesday.