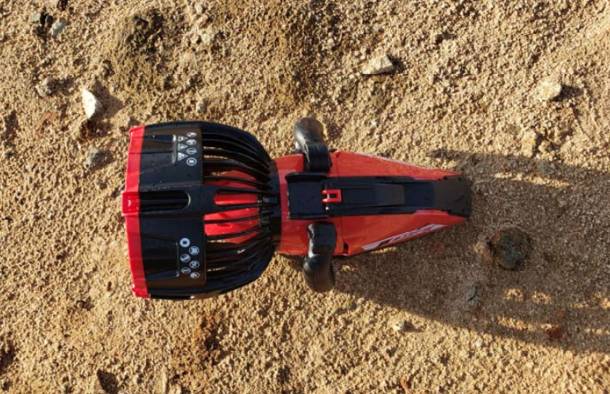 Running from FBI agents is usually not a good idea — well, let's be real here, it's never a good idea — but a California man named Matthew Piercy had a trick up his sleeve as he attempted to evade the FBI during a recent car chase. Dumping his truck and snatching something out of the back, Piercey reportedly jumped into Shasta Lake, just north of Redding, California, and managed to avoid capture for nearly a half-hour.

As Gizmodo reports, he did so with the help of a Yamaha Sea Scooter. What is a sea scooter, you ask? Well, allow me to explain in excruciating detail...

END_OF_DOCUMENT_TOKEN_TO_BE_REPLACED

Suspect evaded FBI for half an hour by jumping in a lake with a ‘sea scooter’ originally appeared on BGR.com on Tue, 17 Nov 2020 at 17:46:01 EDT. Please see our terms for use of feeds.