“We Are the Champions” has an opening that will probably hook anyone who decided on a whim to start watching. The Netflix documentary series begins with an artful, stately introduction, priming any viewer for a frills-free look at its chosen topic. And then, on a dime, Rainn Wilson’s narration switches from mannered to tongue-in-cheek, setting the stage for a different kind of window into various global competitive subcultures.

That’s certainly true for the first episode, a sweeping overview of cheese rolling, an annual tradition that has enchanted an entire village in southwest England. It puts forth the twin stories of young women competing in the yearly downhill cheese chase that’s snapped and dislocated its share of bones. From its tidy parallel storylines to an early drone shot that emphasizes the sheer drop awaiting any would-be daredevils, it’s an episode with plenty of heart to go along with its sleek presentation.

The six “We Are the Champions” episodes in Season 1 eventually split into two camps: ones that find the right balance of stylistic verve/compelling context underneath, and those that are missing a key part of that pairing. As a result, when taking the season in full, “We Are the Champions” shifts between being a collection of spirited portraits of human curiosities and a forced show of commodified uplift.

Along with its dairy-centered companion, the other two bookending episodes — one on competitive frog jumping in the small California town that Mark Twain made famous and another on a chili pepper eating contest gathering some of the most durable mouths in the world — are the strongest. They make the most of the half-hour time block, introducing a handful of potential winners with surprising efficiency. What some reality competition shows take entire hours to do, these opening “We Are the Champions” episodes achieve in mere minutes. Coincidentally, these are also the challenges with the most straightforward way of determining a winner. Cross the finish line first and you get to hoist a giant wheel of double Gloucester. Scarf down a bucket of peppers with enough capsaicin to power a small pharmacy and you take the oversized check.

When the show turns its attention to more abstract, judged competitions, there’s something lost in that transition. The limited amount of time robs the chance to really get into the technique of what makes these individuals good at what they do. Dog dancing is adorable in theory, but that installment strains for a dramatic arc that can live up to the rest. In a profile of global yo-yo experts, Wilson runs through a bevy of trick names, but when it comes to the World Championship finals, it’s up to some slo-mo footage and ominous sound cues to let the audience know if someone has succeeded or failed. (Even then, it’s a little ambiguous.) 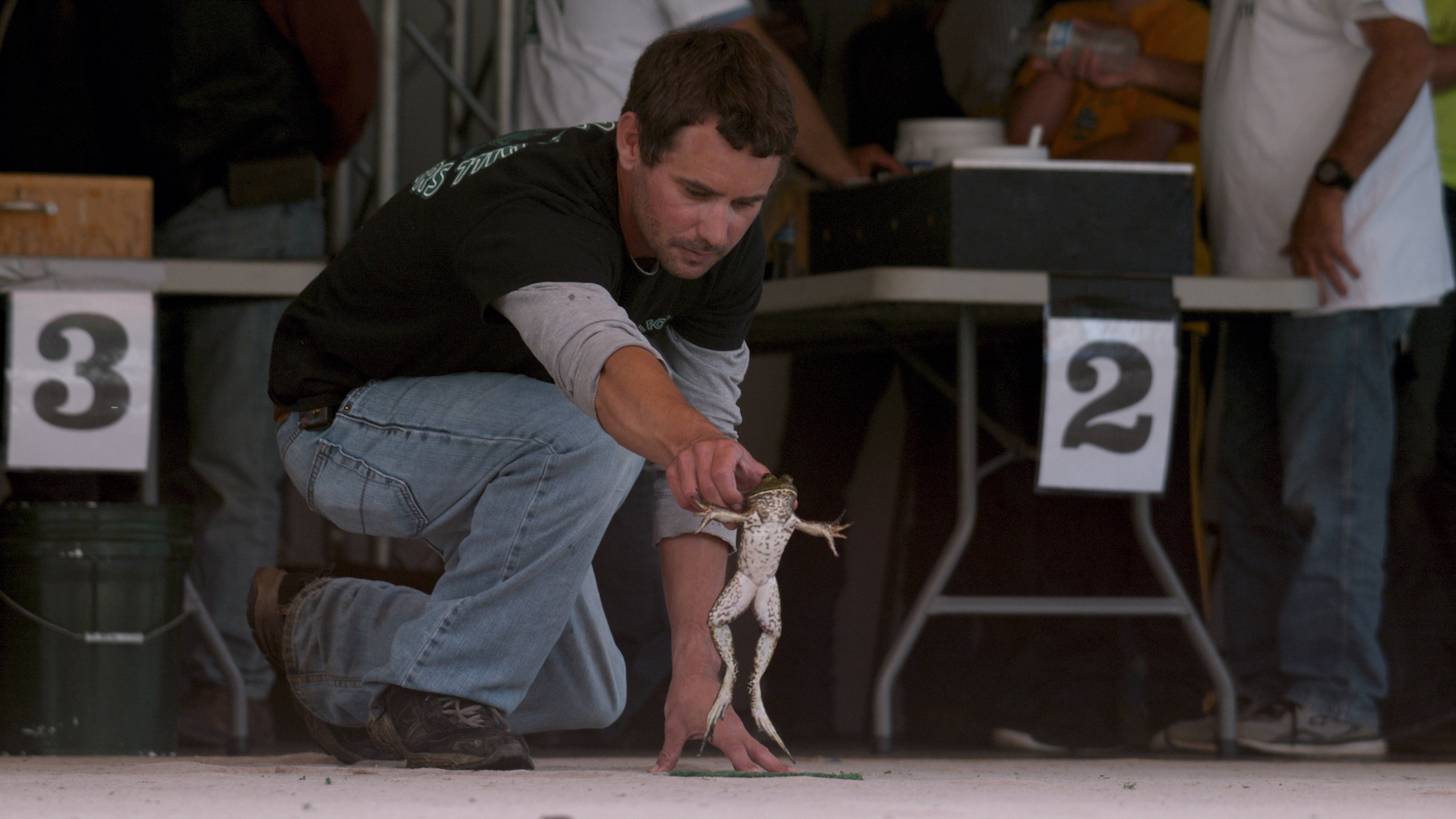 “We Are The Champions”

When “We Are the Champions” connects, it’s largely because it manages to avoid the mistakes of recent thematically linked Netflix series. This has some of the presentational artistry also found in “Abstract: Art of Design,” only without the self-seriousness. Episodes directed by Nick Frew and Brian Golden Davis manage to overcome many of the roadblocks that documentary narration can put up. Written by Matthew-Lee Erlbach, Wilson manages to bring a verve to the series’ jokey side that feels far more natural than something like this past summer’s “High Score.” (The on-screen title design, complete with a Wes Anderson-evocative font, gets an added irreverent layer with the occasional chyron-based joke.)

By its middle stretch, “We Are the Champions” does become noticeably formulaic. That sharp turn from academic, nature documentary refinement to “get a load of this” comes at the top of each episode. Most of them even come with a piece from the classical music canon getting an unexpected remix. The series locks into these kind of rhythmic tics even when they don’t always act in service of the subject in the spotlight.

Those chapters that prioritize an understanding of the people at the center of the story end up being the most fruitful. Sometimes, these episodes take a wider view of the city itself or manage to find something more universal about how different people respond to challenges, finding their enthusiasm for a niche competition amidst the ashes of a bygone chapter in their own lives. There’s usually not enough runtime to fully unpack those, but the stronger episodes find ways to acknowledge that these sports almost always come to represent something bigger than the odd pursuit itself.

Regardless of the strength of the rest of the episode that comes before it, each “We Are the Champions” installment culminates in a rousing finish. Every featured person in the story stands in front of a pastel wall, either holding the spoils of victory or standing with pride having finished their chosen task. Wilson’s voiceover switches back to sincere, the music swells and the show’s title adds one last neat bow. Even as these competitions have the potential to divide their competitors in their quest for glory, the parting message is one highlighting common ground.

In some cases, these endings are a final glorification of the human spirit, meant to send off audiences into the rest of their day. In others, it becomes a tacked-on wrap-up that’s one last swing in getting the audience to fully invest in those journeys. When it works, it’s the kind of emotional surge that’s a reward for a job well done. When it doesn’t, it’s a reminder that each of these episodes, despite their wide-ranging subjects, all fall into an overly neat pattern. It’s the difference between insight and ad. Fortunately, there’s enough warmth and empathy in “We Are the Champions” to keep the final product a well-intentioned look at what powers some of the odder corners of human achievement.

“We Are the Champions” is now available to stream on Netflix.