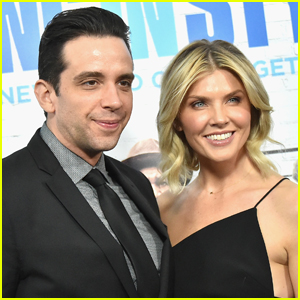 Amanda Kloots is opening up about dating after the death of her husband Nick Cordero.

On Sunday (November 15), the 38-year-old fitness instructor answered questions from fans on her Instagram Story.

When asked if she sees herself ever “finding love again one day” and having “more children,” Amanda admitted she hasn’t ruled out the possibility.

“I hope so. I would love to find love again,” Amanda said. “I would’ve told Nick this if it would’ve been me on my deathbed, and I think he would’ve been saying the same thing to me if he could’ve talked.”

Amanda is mom to 1-year-old son Elvis, whom she shares with the late Broadway actor. Nick died back on July 5 from coronavirus complications.

Also during the conversation with fans, Amanda revealed the “hardest” part of the grief process.

“I would say the times that it hits you,” Amanda answered. “It comes at waves — different times, all the time — and you never know when. It’s the hardest.”

If you didn’t see, Amanda sings with Nick on a song that she finished for him after his death.