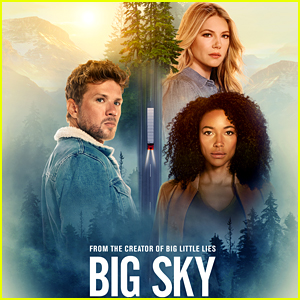 WARNING: SPOILERS AHEAD! Do NOT Read If You Don’t Want To Know What Happened!

Big Sky just made a huge impact on ABC, with the premiere airing tonight, November 17.

The series kicks off by reuniting Detective Cody Hoyt (Ryan Phillippe), a former police officer turned private detective who gets wrapped up in the search for two young women who’ve gone missing in a remote part of Montana, with his new partner, Cassie (Kylie Bunbury) and his ex-wife Jenny (Katheryn Winnick) as they investigate the disappearance.

The three are joined by state trooper named Rick Legarski (John Carroll Lynch), and while digging into the strange circumstances, Cody discovers that something much more frightening might be going on around the area.

In the shocking final moments, something pretty huge happened and the entire cast was rocked by it.

In the bitter end moments, Cody is shot and killed by Legarski, just as they start to go in search for the girls who have gone missing around the area.

Now Ryan is opening up about the big shocker to fans and just how privileged he was to be part of the project.

“I was shocked, certainly. And I think that’s also what made me so excited about it,” Ryan tells Variety. “So often in entertainment you can see what’s coming a mile away. And to have moments in a series like this, where it kind of takes your breath away, or you’re absolutely shocked and didn’t see it coming, that’s exciting to be part of.”

While many fans who have read the book the series is based on – “The Highway” from C.J. Box – figured out that something big was going to happen, some were convinced it would happen later in the season.

“When we read it, we said, ‘Whoa, Ryan’s fans are going to be pretty pissed,’” Kylie says

“I think it’s such an interesting way to really open up a series. … To have that ending [is] like, ‘Whoa, nobody expected that,’” Katheryn shared.

Kylie continued, “I feel like it’s a real opening for ABC, showing that they want to go for a little bit more of an edgy feel or more cable feel. I think we gave that to them [in] Episode 1.”

But, will Ryan be returning for future episodes?

Yes, in limited flashbacks, of course.

“That’s not the last you’ll see or hear of him,” Ryan added.

Stay tuned for even more about Big Sky as it continues its run on ABC, airing on Tuesdays.

Russia says International Space Station is falling apart & may have to be abandoned early, plans to go it alone on replacement