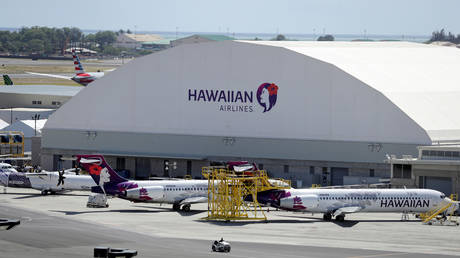 Lawmakers from Texas, Washington, and California are jetting off to a conference in Hawaii, despite many states urging citizens to avoid travel and mass gatherings during the Covid-19 pandemic.

The conference is being hosted by the Independent Voter Project and will ironically be about how best to reopen states facing lockdown orders.

The group’s chair and executive director, Dan Howle, has insisted the gathering is safe because it is a third of its normal size and everyone must present a negative Covid-19 test within 72 hours of arriving in Hawaii.

“It really doesn’t matter where you’re coming from as long as you have a negative Covid test before you arrive here,” he said, according to Politico.

Such precautions, however, have not quelled criticism of the event, as a negative test does not mean the virus will not spread. Testing can miss the incubation period since an attendee could become infected while they travel.

Howle has not disclosed the attendees for the gathering, but the annual event has mostly been attended by Democrat lawmakers in the past.

News of the conference has many on social media accusing the officials of hypocrisy, a criticism that has been lobbed at numerous politicians who have seemingly ignored their own Covid-19 advice.

“Where is the outrage in the national media? This is completely hysterical… you can’t make this crap up,” reporter Adam Housley tweeted.

“Unbelievable. Will the hypocrisy ever end from our elected leaders? First Nancy Pelosi w/ the hair salon, then Gov. Newsom w/ his private dinner with his lobbyist buddy, now we have CA lawmakers at a conference in Hawaii while YOU are told to stay home,” journalist Bill Melugin wrote in response to the news.

Some have also demanded to know the names of those attending the conference.

It is entirely reasonable for voters to know which legislators are attending this conference. https://t.co/8E7sFHGbl3

“At some point in time, you have to figure out a way for people to get back to some semblance of a normal life,” Howle said in response to the criticism. “This is a good conference.”

News of the conference follows California Governor Gavin Newsom admitting an error in judgement after attending a birthday party which included people from more than three households, which goes against current restrictions in the state.

The conference will take place at the Fairmont Kea Lani in Maui, where rooms can cost $600 a night. The group’s website states the four-day event is meant to “provide a setting, away from the Capitol, for elected officials and a diverse group of industry experts to consider policy matters in a nonpartisan manner.”

California is facing some of the strictest Covid-19 restrictions, with the state’s Department of Public Health urging residents to avoid mass gatherings during the forthcoming holidays.

“Californians are encouraged to stay home or in their region and avoid non-essential travel to other states or countries,” its advisory reads.

Save 50% on at-home DNA test kits from Ancestry, 23andMe, and MyHeritage during Black Friday 2020