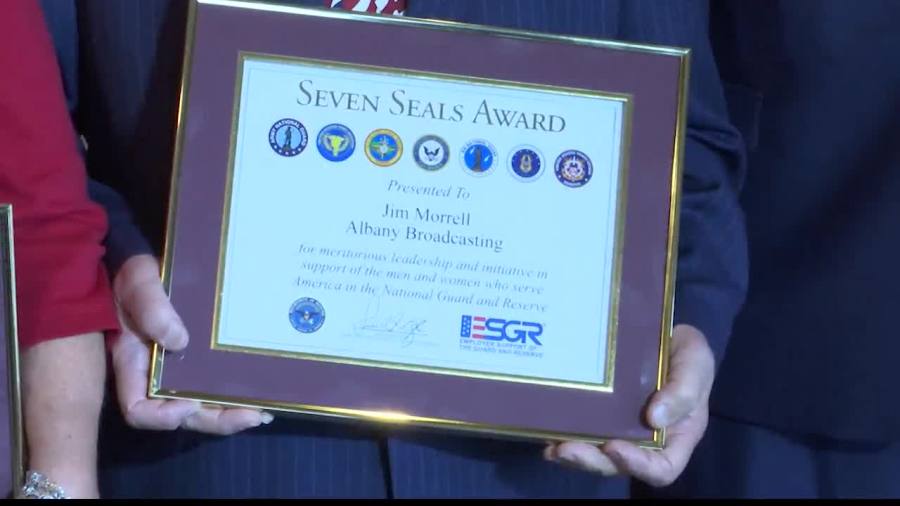 ALBANY, N.Y. (NEWS10) -- A special ceremony was held Tuesday by the Department of Defense that recognized community efforts for the military. The DOD presented Jim Morrell and his wife, Cathy, with the Seven Seals Award.

The award is in recognition of their constant time, effort, support and passion for active duty members of the military and veterans.

Honored and humbled, the Morrells said it's important that we never forget what those in the military do for us.

“Great to recognize where we came from and why we have the freedoms that we have," Jim said. "We often take so many things for granted. A lot of people have died that made sure we’re able to have that freedom today, so we are humbled, and we thank the military for all that they’ve done and gone through."

The couple also received a plaque for their dedication and selflessness in support of the men and women currently serving in the New York Army National Guard.