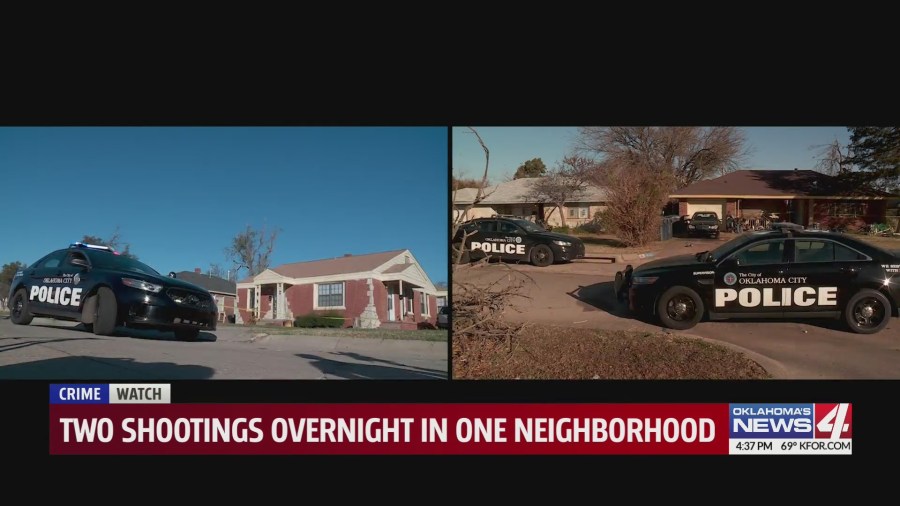 It happened around 8 a.m. Tuesday at a home near NE 44th and Prospect.

"A woman called in saying she had heard someone calling for help and found one of the victims had been shot," said Sgt. Megan Morgan with the OKC Police Department.

It was a dramatic morning for neighbors in the Northeast Oklahoma City neighborhood.

Officers responding to two homes - a block away from one another.

Police believe a suspect shot the two victims at one home then drove away.

One victim ran to a neighbor's house for help.

"Fortunately, this neighbor was able to call 911 and get help for them immediately," said Morgan.

Neighbors who didn't want to be on camera came out of their homes in concern as the victims were loaded into ambulances and taken to the hospital.

"Fortunately, the injuries appear to be non-life-threatening at this time," Morgan said.

Police do not have a good suspect or vehicle description at this time.

If you have any information on this incident, contact police immediately.

Huntail Is An Ugly Snake And A Bad Omen