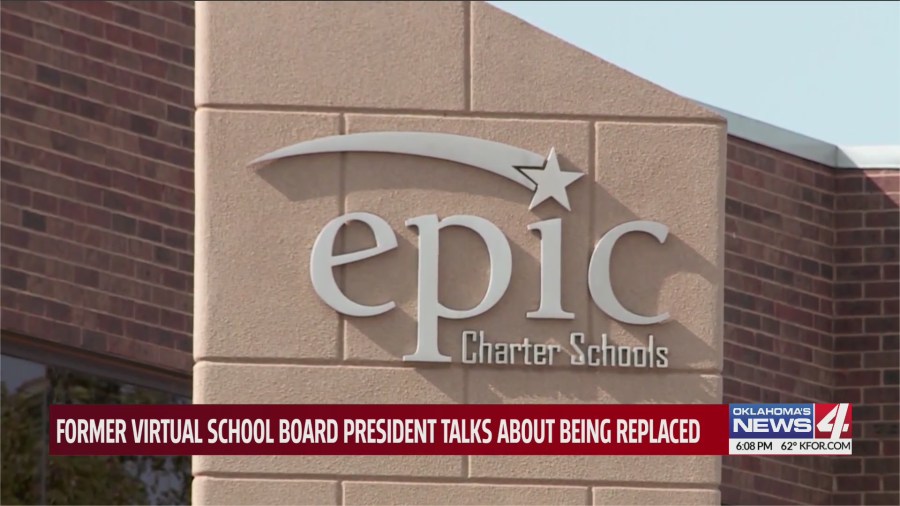 OKLAHOMA CITY (KFOR) - The hearing to decide if EPIC Charter Schools violated its contract with the State Virtual Charter School Board is scheduled for January 20, 2021, but Governor Stitt recently made the decision to replace Board President John Harrington.

“It is certainly the governor’s choice as to who he puts in that spot. His reasoning, or timing, that is all up to the governor," Harrington told News 4. "I can’t really speak for him.”

Harrington says he found out he was being replaced on Friday when he received a call from new Secretary of Education Ryan Walters.

“I had communicated to the governor’s office that I was willing to serve another term," Harrington said.  "Or alternatively, to stay on for the next several months in order to provide continuity of leadership during the EPIC proceedings.”

With only two months before the EPIC hearing, Harrington says it would have been beneficial for him to continue to serve for at least the next few months.

“Continuity of leadership is important in the middle of a high stakes, high profile, investigation," Harrington said. "The governor has every right to make the change he did."

KFOR did reach out to Governor Stitt to ask about his decision to replace Harrington. He sent the following statement:

"I appreciate Mr. Harrington's nine years of service to our state as both a member and Chair of the Oklahoma Statewide Virtual Charter School Board. Oklahomans hired me to bring in a fresh set of eyes across state government, and with this in mind, I am excited to appoint Dr. Brandon Tatum to the Board. Dr. Tatum has spent his professional career working in K-12 and higher education as a teacher, administrator and advocate. I look forward to seeing him continue to serve our students, teachers and parents across the state and help move the needle in education outcomes."

Harrington was originally appointed to the board by Governor Fallin in 2012.  His most recent term ended at the end of October.

Arteta explains difference between Arsenal displays in Prem and Europe