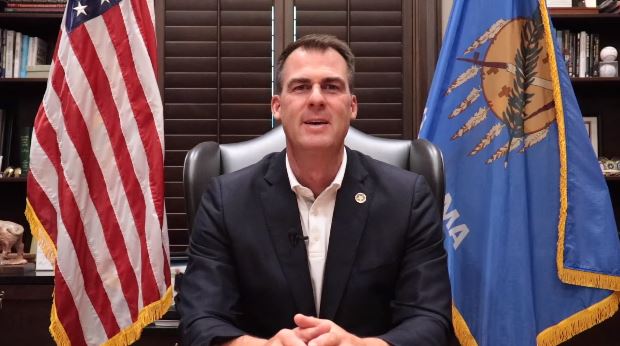 OKLAHOMA CITY (KFOR) – An investigative report from The Frontier took an extensive inside look at Gov. Kevin Stitt’s early handling of the COVID-19 crisis.

The report – titled ‘Confusion, defiance and focus on ‘personal responsibility’ shaped Gov. Stitt’s initial pandemic response – was written by reporter Ben Felder after combing through over 7,000 emails and listening to hours of audio.

In one piece of audio from March 23, Stitt questions the feasibility of maintaining his Shelter in Place executive order until December.

Stitt said in the audio from March that the pandemic would peak in either August, September or December. However, Stitt said publicly in early April that the virus could peak by late April.

Felder obtained the audio, along with the thousands of emails, through an open records request.

“There were times he was on a call with doctors who were saying his order banning elective surgeries in an effort to save medical supplies and capacity at hospitals was confusing; that there were patients that were requiring surgery for breast cancer or a tumor or heart blockages that because of his order were told they were going to have to postpone their surgery,” Felder said. “When the governor was told about that, it was shocking to him; he said to the doctors, ‘I didn't think my order would stop these people from having surgery.’”

The report also covers Stitt’s discussion about COVID-19 as it pertains to restaurants, churches and maintaining the economy.

To read the full report, go to The Frontier website.

Peacock Apologizes for Selena Gomez ‘Saved by the Bell’ Jokes, Donates to Her Lupus Charity