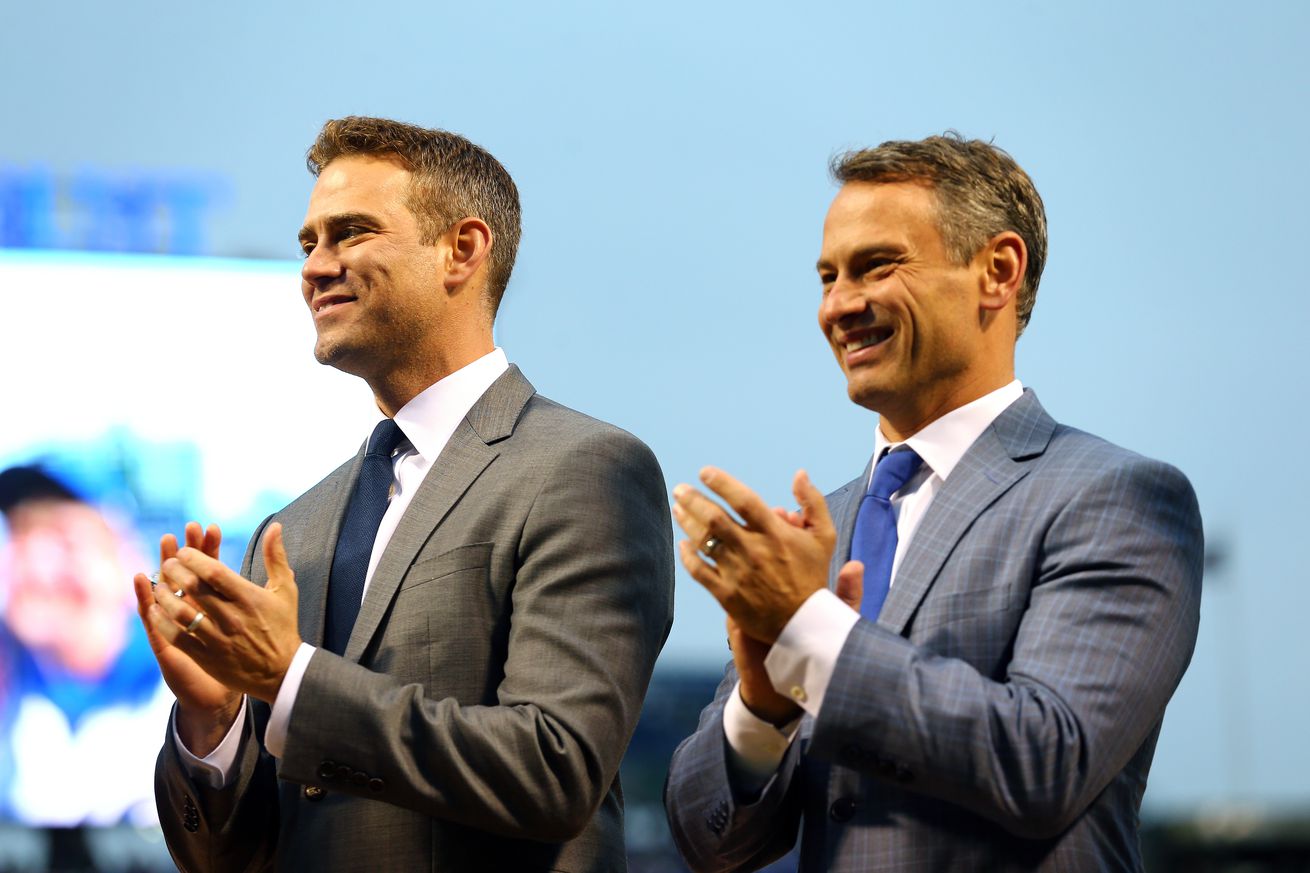 One of baseball’s most accomplished executives will take at least a temporary step away from the sport.

Cubs president of baseball operations Theo Epstein will step down from his role later this week and be replaced by his longtime right-hand man Jed Hoyer, who has served as the team’s general manager since the duo arrived in Chicago following the 2011 season.

Theo Epstein will step down from his role as President of Baseball Operations effective Nov. 20 and depart the organization after nine seasons.

Jed Hoyer, who joined the club in Nov. 2011 as Executive VP/General Manager, will be named President of Baseball Operations. pic.twitter.com/SDeF826SFH

Epstein wrote a lengthy statement detailing his decision to leave the team (as obtained by The Athletic’s Jon Greenberg), explaining that he planned to depart after a decade on the job in an effort to prevent his leadership from becoming stale. However, with a number of important decisions ahead of the Cubs’ front office this offseason — many brought on by the COVID-19 pandemic — Epstein decided to step down a year early so that Hoyer could make final calls on the decisions regarding the team he’ll be leading for the foreseeable future. Epstein expressed a desire to take a break from baseball and to spend more time with family and doing charity work.

While many have speculated that Epstein could be tempted by the opportunity to head up the Mets’ or Phillies’ front office, it’s also worth noting that he’s long been seen as a potential future politician, with POLITICO citing him as a possible “saving grace” for the Democratic Party and 2020 presidential candidate Elizabeth Warren modeling elements of her campaign off Epstein’s leadership of the Cubs. With president-elect Joe Biden set to take office in January, it’s worth wondering whether Epstein could be a candidate for a cabinet position or an advisory role.

With Hoyer ascending to the president of baseball operations role, the Cubs have a general manager vacancy that could be used to promote one of several highly-regarded members of their front office. Senior VP of player personnel Jason McLeod figures to be the leading candidate, as he’s been interviewed for a handful of GM and president openings in recent seasons. VP of scouting Dan Kantrovitz, another highly-regarded executive who joined the Cubs’ front office last offseason, could also be a possibility to fill the GM role.

Diana seen smiling on board yacht in never-before-seen pictures