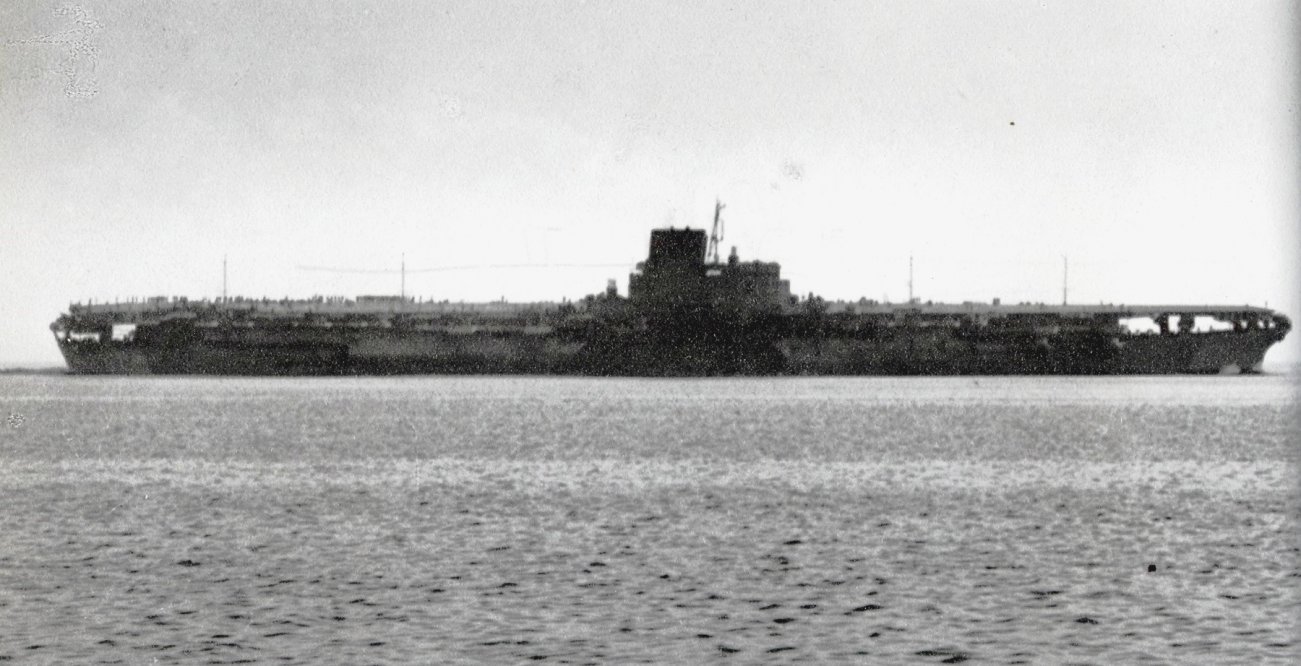 Built as a compromise ship by an indecisive navy, Shinano was perhaps the worst designed carrier ever built.

Here's What You Need To Remember: The Shinano was intended as a battleship, a sister ship to the Yamato and Musashi. However, halfway through construction, it was decided that the hull would be converted into an aircraft carrier instead. To put it mildly, this was not a good decision.

Over the last hundred years, the navies of the world have constructed, operated, and taken to war hundreds of aircraft carriers. Some carriers have been truly outstanding designs, while many more were simply adequate and lost to history. One ship that achieved fame not out of greatness but sheer incompetence was the Imperial Japanese Navy (IJN) carrier Shinano. Originally constructed as a battleship, she was redesigned to support the air war in the Pacific before being sunk, with considerable irony, by a submarine before she could even see battle.

In May 1940 the Yokosuka Naval Yard laid down the third hull of the Yamato-class battleships. The largest battleships ever built, the Yamato-class featured nine eighteen-inch guns and were considerably larger and more powerful—on paper anyway—than even the U.S. Navy’s Iowa-class battleships. The Yamato and her sister ship Musashi were completed as designed, but work on the third ship, Shinano, halted shortly after the outbreak of hostilities with the Allied powers—principally the United Kingdom and Holland.

By June 1942 Shinano was complete up to her main deck but Japan no longer had use for battleships. A series of reversals at sea, particularly the Battle of Midway, had dealt a serious blow to Japanese carrier aviation. (The Battle of Midway alone saw the loss of four Japanese fleet carriers.) At the same time, it was becoming increasingly clear that aircraft carriers had eclipsed the battleship as the dominant weapon at sea. Japan needed more aircraft carriers, and fast.

The IJN decided to redesign Shinano to help make up Japan’s carrier losses. At 840 feet long at the waterline, Shinano was set to become the world’s largest aircraft carrier, with a huge flight deck to support air operations and a cavernous hangar to store and repair fighters, dive bombers, and torpedo planes. Such a ship could carry well over a hundred fighters, the equal in aircraft to nearly two American carriers.

Unfortunately, an opposing plan emerged that envisioned Shinano not as a true aircraft carrier but new type of vessel, a carrier support ship. Under the new plan Shinano would act as a floating resupply ship for other aircraft carriers, carrying fuel, munitions, fuel, and other supplies. Aircraft from other carriers would land on Shinano, load up on fuel and weapons, and then take off on combat missions. Incredibly, under this scheme Shinano would not have any planes of its own, nor would she have the ability to store any.

After considerable infighting, the Imperial Navy decided on a compromise design. Shinano would be fitted out as a 68,000-ton aircraft carrier similar in construction to the smaller Taiho. The carrier would have a hangar and carry four dozen fighters for self-defense. Her primary mission, however, was to supply new planes to carriers that had sustained combat losses, repair damaged aircraft, and resupply fleet carriers at sea.

The conversion effort began in the summer of 1942 but proceeded very slowly. Inexplicably, work only sped up after the Battle of the Philippine Sea in June 1944, when two more fleet carriers and a light carrier were lost to enemy action. The ship was finally launched in October 1944. As completed, Shinano displaced 62,000 tons, had an overall length of 872 feet, and was up to 119 feet long. She had a crew of 2,400 and carried up to forty-seven fighters for self-defense.

A large target for enemy aircraft, Shinano was well equipped to fend off aircraft and shrug off hits above the waterline. Her anti-air defenses included sixteen 5-inch guns, 145 25-millimeter anti-aircraft guns, and 336 5-inch anti-aircraft rocket launchers. Armor ranged from 15.75 inches at the main belt to just 3.94 inches amidships. Unlike American carriers, she had an armored flight deck, with 2.95 inches of armor protecting the innards of the ship from dive bombs penetrating from above.

Ironically, although well equipped to fend off aerial and surface attacks Shinano was ultimately done in by a subsurface attack. On November 28th, 1944, just seven hours into a voyage from Yokosuka to Matsuyama for fitting out, Shinano was attacked by four torpedoes launched from the submarine USS Archerfish. The ship, undermanned and incomplete, could not affect damage control procedures properly. Watertight doors had been left open and poorly welded segments of the ship gave way to flooding, and the huge ship went down exactly seven hours after coming under torpedo attack.

Much of the criticism of Shinano’s design is predicated not on the ship’s battle history—the carrier participated in only one, lopsided “battle”—but in how the carrier support ship design would have fared given what we know about the Pacific War. As a ship designed to prolong the ability of Japan’s carriers to fight without returning to port, it was designed to support Japan’s tradition of keeping men, ships, and planes on the frontline until they were killed and destroyed. As we know now, this was a major contributor to Japan’s eventual defeat and the U.S. Navy’s opposite policy, of regularly rotating forces off the front line, was a major contributor to America’ victory. Shinano was designed to support a losing strategy.

Shinano’s loss to submarine action highlighted another shortcoming in the design and the larger Imperial Japanese Navy: the lack of a strong anti-submarine warfare doctrine and adequate anti-submarine ships and resources. Despite a highly successful undersea warfare campaign waged by the submarines of the U.S. Pacific Fleet, Japan never built up a strong anti-submarine warfare response comparable to that fielded by the Allies fending off Germany’s U-boat fleet. Although Shinano was well prepared to fight the air and surface battle, she was lost to the one battle she was utterly unprepared for—the subsurface battle.

Built as a compromise ship by an indecisive navy, Shinano was perhaps the worst designed carrier ever built—a mistake made exponentially worse by the dire wartime situation Japan found itself in. It is worth noting that Shinano was the first and last carrier support ship ever designed, as other naval powers have avoided the class. Shinano was a somber lesson to future naval powers: there is no middle ground in carrier construction, and weakness in one of the realms of naval warfare will haunt major powers in wartime, claiming even the largest warships.

Kyle Mizokami is a writer based in San Francisco who has appeared in The Diplomat, Foreign Policy, War is Boring and The Daily Beast. In 2009 he cofounded the defense and security blog Japan Security Watch. You can follow him on Twitter: @KyleMizokami. This article first appeared in April 2019.

ETB to Europe: Kelly's a hero for local students