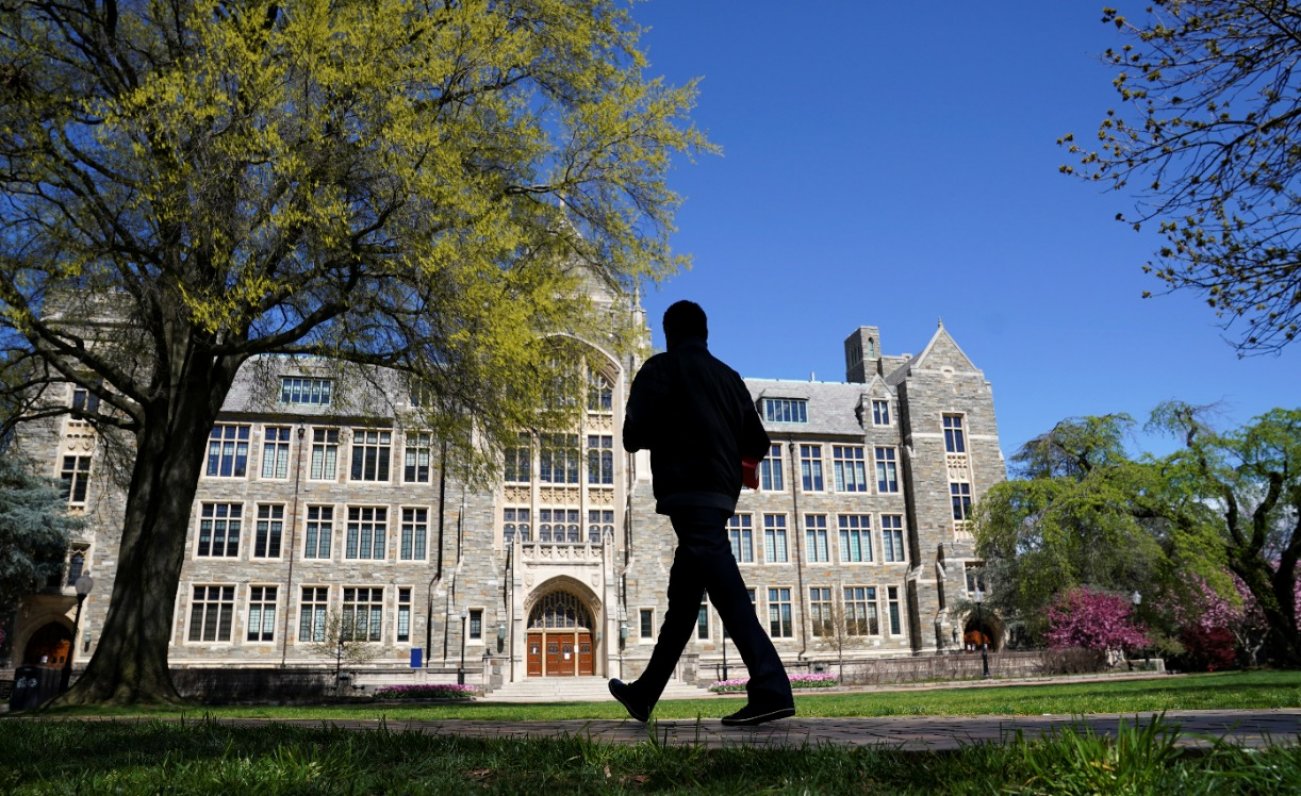 This growth is even more surprising given that enrollment at for-profit schools – often criticized as being high priced and low quality – had fallen by an average of 10.5% annually between 2015 and 2019.

When COVID-19 hit the U.S., many experts warned that America’s colleges and universities could be devastated. Some of them predicted enrollment declines of up to 20%.

So far, those initial forecasts were worse than what has actually taken place. One month into the fall semester of the 2020-2021 academic year, overall enrollment was only 3% lower than at the same time a year earlier.

One kind of school, however, is faring better: for-profit colleges. Their average enrollment is up by 3%.

In contrast, at public and private nonprofit four-year universities, enrollment fell by about 1.4% and 2%, respectively.

Enrollment has declined much more at community colleges, which had 9.4% fewer students this year. This change occurred even though some experts anticipated community colleges would be more attractive in the COVID-19 era because of their lower costs and flexible transfer policies.

Factors behind the trend

Why are more students attending for-profit colleges in the middle of a pandemic?

This growth is even more surprising given that enrollment at for-profit schools – often criticized as being high priced and low quality – had fallen by an average of 10.5% annually between 2015 and 2019.

As a higher education researcher, I see several factors at play.

For-profit colleges and universities tend to be highly experienced with remote learning, they have more flexibility to deploy financial resources as needed and they have enjoyed favorable policies under the Trump administration, which notably rescinded an Obama-era rule meant to hold them accountable for ensuring that graduates are gainfully employed.

Given the recent presidential election results, I also suspect the increase in for-profit enrollment may be short-lived. Graduates of for-profit colleges are defaulting on their tuition loans at higher rates, and President-elect Joe Biden has vowed to stop these schools from “profiteering off of students.”

More than 1,000 U.S. colleges and universities – over one-fourth of the nation’s postsecondary institutions – started the fall 2020 semester with some form of in-person instruction. But the face-to-face learning environment has been transformed by COVID-19 prevention measures: social distancing, mask wearing, virus testing requirements, hybrid attendance options and serious restrictions on extracurricular activities, such as sports and clubs.

What you may think of as the “traditional” college experience – where students live, learn and socialize in close physical proximity – is largely not happening this year.

Rather than paying full tuition, housing expenses and – in some cases – extra coronavirus fees for restricted in-person conditions, some students chose not to attend traditional colleges.

Others did not want to risk contracting the coronavirus while attending classes on campus.

Although exact numbers are unknown, some opted for a “gap year.”

Facing a dismal labor market, others sought fully online programs that were more established than the “Zoom U” options hastily implemented in the spring of 2020.

For better or for worse, for-profit universities are recognized brands in distance education. That likely attracted some students seeking safe, reliable learning options during the pandemic.

Support for this idea can be found in the fact that – at universities with established online programs – fall 2020 undergraduate enrollments were up by 6.8% compared with last year.

For-profits are part of this figure. However, a few nonprofit schools that have invested considerably in online education over the past decade also saw enrollment increases. These include public institutions, such as where I work, Arizona State University, as well as private nonprofits, such as Liberty University and Western Governors University.

Many traditional universities incurred considerable costs to resume teaching and research safely on campus in the fall of 2020.

For example, North Carolina State University spent an estimated US$5.2 million on measures to protect students, staff and faculty from COVID-19. Despite that investment, an outbreak forced administrators to close the residence halls only a few weeks after reopening.

For-profits have considerably more online programs than their nonprofit counterparts. For that reason, they did not need to spend nearly as much to operate safely this fall.

Nonprofit universities, especially publics, typically have less cash on hand because they tend to run on annual operating budgets that redirect surpluses back into programs and services. And even those with significant endowments face restrictions on how they may spend that money.

During the pandemic, for-profits have had more resources available than their counterparts. They subsequently expended more on marketing efforts. For example, of the 10 U.S. universities that spent at least $1.2 million on Google advertisements in March 2020, six – or 60% – were for-profits, even though for-profits represent only 17% of all four-year institutions.

In addition to stepped-up advertising, for-profit institutions also expanded financial aid when the pandemic hit. This gave students even more of an incentive to enroll.

Over the past decade, shifting federal policy has had a major impact on for-profits’ ability to attract students. During the 2008 recession, the sector experienced huge enrollment increases.

Unfortunately, some for-profits used deceptive tactics and persuaded students to assume large tuition loans that would allegedly pay off with lucrative jobs. Their promises misled thousands of graduates, who defaulted on their debt.

In response, the Obama administration implemented the “gainful employment” rule. Schools were required to demonstrate that their graduates were employed and include employment figures in advertisements. Research shows the regulation reduced for-profit enrollments relative to other sectors.

Some for-profit executives argued that for-profits were unfairly penalized by “gainful employment.” The Trump administration agreed and officially repealed the rule in 2019. This policy change likely helped boost for-profits’ enrollment in 2020.

In 2021, however, the federal approach will surely shift again. I expect that the Education Department – under the leadership of President-elect Joe Biden and Vice President-elect Kamala Harris – will more aggressively regulate for-profit institutions in ways that will likely reduce the share of students who attend them.

Most significantly, Biden supports authorizing two years of free community college for all Americans. He also calls for free tuition at public universities for families who earn less than $125,000 per year.

I believe Biden’s proposed policies would deter many future students from choosing for-profit universities. Research suggests that employers don’t value for-profit degrees any more than those from community colleges or other four-year equivalents. If the Biden administration ensures that the cost of attending nonprofit colleges and universities – including those with established online degree programs – is substantively reduced, persuading students to enroll in for-profit alternatives will be very difficult.

Tony Hsieh was both a visionary and a genius. He was also fundamentally someone who wanted to make people happy.