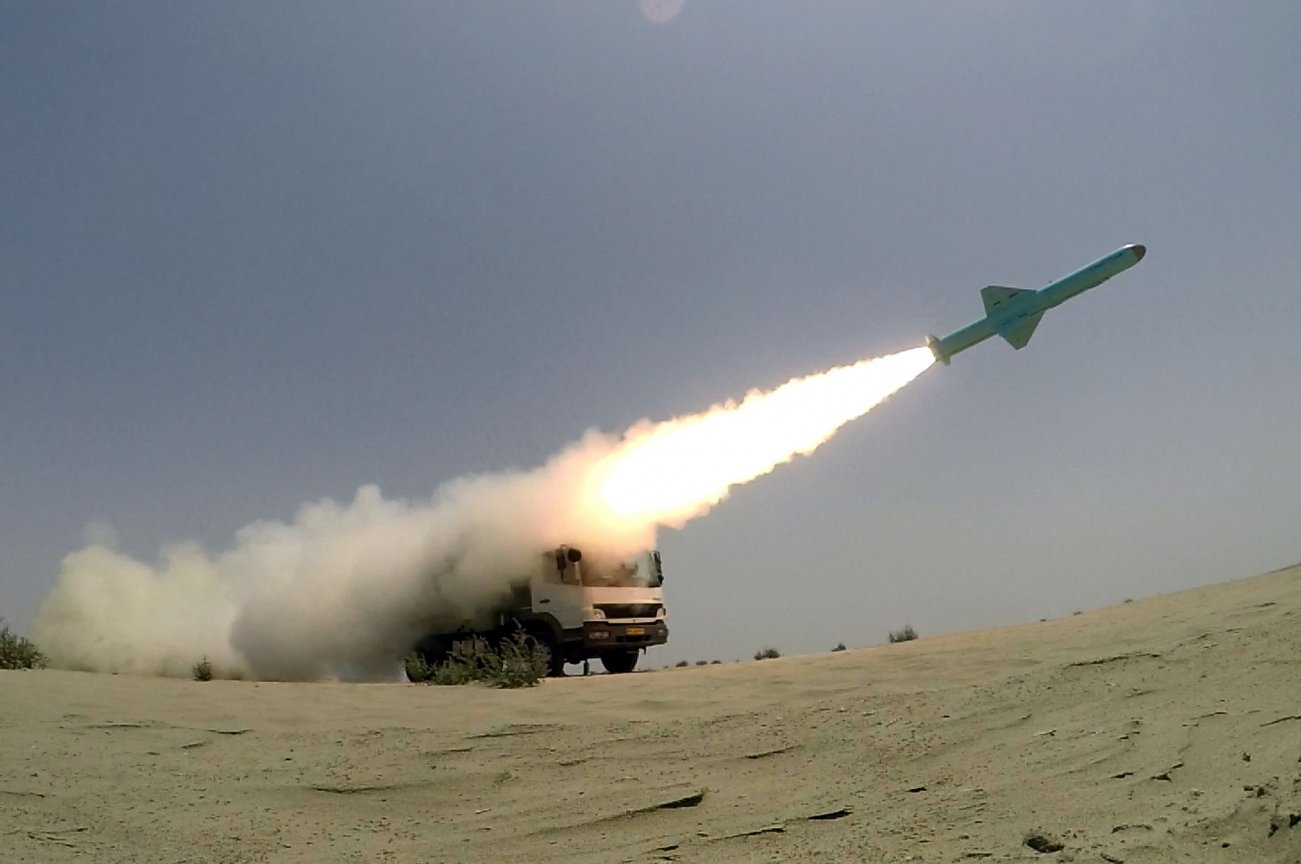 North Korea has demonstrated that even a determined country of limited means can build a credible missile program.

Editor's Note: This article was originally published before the United States withdrew from the 2015 Joint Comprehensive Plan of Action.

Here's What You Need To Remember: Iran's missile program has mostly copied other nations' designs and favored quantity over quality, but there are signs that this approach has changed over the past decade.

Like the rest of the Iranian Armed Forces, the Iranian Air Force was crippled by postrevolution purges. Although numerically and technologically superior to the Iraqi Air Force, Iran was unable to achieve air superiority and unable to accurately strike targets deep within Iraq.

In response, Iran purchased a number of Soviet R-17 (“Scud B”) short-range ballistic missiles from the Libyan government. These strikes, as well as retaliatory strikes by Iraqi ballistic missiles, constituted the so-called “War of the Cities.” The lack of accuracy of the missiles made cities the easiest targets, and both Iranian and Iraqi civilians bore the brunt of the crude missile campaign.

The wartime need for ballistic missiles, as well as Iran’s historical enmity with Israel, led Iran to develop its own missile industry. The first missiles were copies of existing Scud missiles. The Shahab (“Shooting Star”)-1 missile is based on the Scud-B; the Nuclear Threat Initiative estimates Iran maintains an inventory of two to three hundred missiles. The liquid-fueled Shahab-1 can loft a two-thousand-pound high-explosive or chemical warhead up to 186 miles, but like the original Scud-B, its accuracy is lacking. Just half of the warheads from a Shahab-1 would land within a half mile of the target—the rest landing even farther away. Another version, Shahab-2, has a range of 310 miles. Both versions are likely being phased out in favor of a new generation of solid-fuel rockets.

A third missile, Shahab-3, is actually a variant of North Korea’s Nodong-1 missile. Also developed from the Scud, the Nodong-1 has its origins in Pyongyang’s desire to hit U.S. bases in Japan from the Korean Peninsula. There are differing claims to the distance the Shahab-3 can deliver payloads. The Nuclear Threat Initiative states that it has a maximum range of 621 miles, which falls short of the Nodong-1’s range. The Center for Strategic and International Studies states that the Nodong-1 has a range of 932 miles, but credits the Shahab-3 a range of 1,242 miles, a significant improvement.

While the Nodong-1/Shahab-3 offers greater range than previous missiles, it is miserably inaccurate, with half of warheads expected to fall within 1.5 miles of the target and the other half even farther away. The first Iranian test of the Shahab-3 was in 1998, and the missile was declared operational in 2003. Arms-control experts theorize North Korea sold Iran a complete Nodong assembly line, while others believe Iran received approximately 150 missiles in return for financing development of the missile.

The Shahab-3 has spawned at least one variant, the Ghadr-1, which has a slightly shorter range but is reportedly much more accurate, to within six hundred feet. A new warhead developed for both missiles, known as Emad, appears to bring even greater stability, maneuverability and accuracy to Iran’s medium-range ballistic missiles.

Iranian missile development took a giant leap with the fielding of the Sejil medium-range missile. Unlike previous liquid-fueled missiles, the solid-fueled Sejil does not have to be fueled before launch and can be stored ready to fire. A Sejil missile in the field also does not need a telltale convoy of refueling vehicles that can be spotted by enemy forces. Iran’s solid-fuel expertise is thought to have come from China in a late 1980s technology transfer.

First tested in 2008, the Sejil carries a one- to two-thousand-pound warhead and has a range identical to the older Shahab-3. Sejil may in fact be a replacement for the older missile. While the Sejil’s accuracy is unknown, it could hardly be worse than its liquid-fueled predecessor. There are unconfirmed reports of longer-range variants. A missile named Sejil-2 was reportedly tested in 2009, and a three-stage Sejil-3 with a 2,400-mile range is reportedly in development.

According to a 2005 report in Germany’s Bild Zeitung newspaper, Iran imported eighteen Musudan intermediate-range missiles in kit form from North Korea. The existence of these missiles was disputed for years, but an April 2017 launch was said by U.S. government officials to be a Khorramshahr, allegedly the local name for the Musudan. The Iranian missile apparently flew for six hundred miles before it exploded, a level of success North Korea itself did not experience until its sixth Musudan test. This is an unusual discrepancy, and could be indicative that the test was of another missile type entirely. Unlike its other missiles, Iran has never publicly displayed a Musudan-type missile.

In the meantime, Iran has gone back and updated its fleet of short-range, or battlefield short-range, ballistic missiles. Tehran’s latest missile, the Zulfiqar, is also based on Chinese solid-fuel technology. The Zulfiqar can carry a thousand-pound high explosive or submunition warhead that Iran claims is accurate to within fifty to seventy meters. The missile has a range of 434 to 466 miles. While it has a smaller warhead than the Shahab-1 and -2, the Zulfiqar is much more accurate and has a greater range, making it a viable replacement for the older, liquid-fueled missiles.

Iran does not currently have an intercontinental ballistic missile. Could Tehran’s missiles someday reach Washington, DC? North Korea has demonstrated that even a determined country of limited means can build a credible missile program. The Nuclear Threat Initiative lists Shahab-5 and -6 missiles as possible ICBMs that have been mentioned in Iranian literature, but these names seem to be assigned to notional design goals and not operational missiles. Under the Joint Comprehensive Plan of Action, Iran has agreed to halt its nuclear-weapons development. Resumption of ICBM research and development would be a clue that Iran’s nuclear ambitions have reignited, something that would put the country on a collision course with the United States.

Iran’s ballistic-missile program began from a wartime requirement for a strategic terror weapon, and progressed to the development of nuclear delivery vehicle. Iran, like North Korea, is proof of the dangers of ballistic-missile proliferation, and how trade in even short-range missiles like the Scud can lead to the development of far more dangerous weapons down the road.

Kyle Mizokami is a defense and national-security writer based in San Francisco who has appeared in the Diplomat, Foreign Policy, War is Boring and the Daily Beast. In 2009 he cofounded the defense and security blog Japan Security Watch. You can follow him on Twitter: @KyleMizokami. This article first appeared in 2017.

Paul George Plans To Retire A Clipper: "This Is Where My Heart Is"

Diogo Jota was passed up by Portuguese club for just £2,000 seven years before his dream £45m Liverpool move