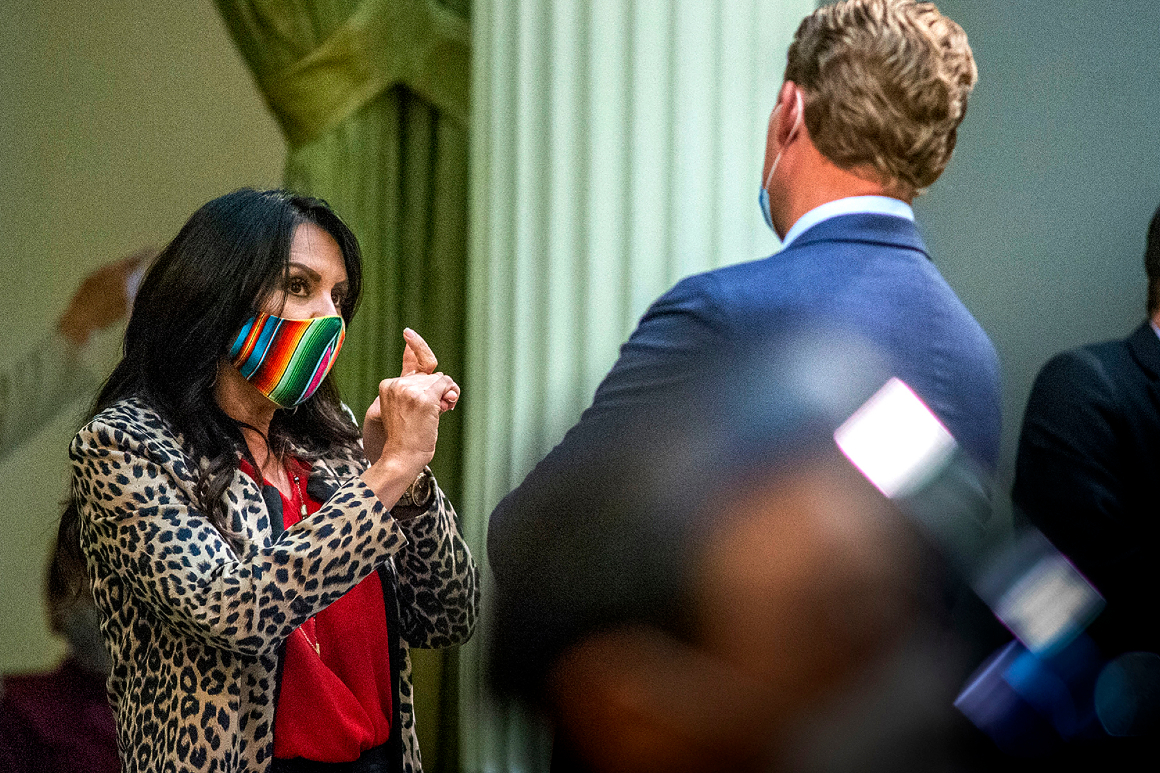 SACRAMENTO — The names of four California lawmakers surfaced Tuesday as apparent attendees of a Maui resort conference that has come under fire because of California's coronavirus surge and official warnings not to travel out of state.

Assemblymembers Jordan Cunningham (R-Templeton) and Blanca Rubio (D-Baldwin Park) reported buying plane tickets on their late October campaign finance filings. Neither has responded to phone inquiries about whether they are attending the 100-person, four-day legislative conference at the Fairmont Kea Lani in Maui.

Assemblymember Chad Mayes (I-Yucca Valley) is in attendance, according to spokesperson Joe Justin, the first to confirm his boss traveled to Hawaii. Justin had no comment beyond confirming Mayes was there.

Assemblymember Wendy Carrillo (D-Boyle Heights) went last year and appears to have returned: Carrillo sent a tweet on Sunday that was marked as having been sent from Kihei, Hawaii — right near the conference resort. Carrillo's office did not respond to a request for confirmation.

The event run by the Independent Voter Project has brought together lobbyists and lawmakers from California, Texas and Washington, according to organizers. California lawmakers and lobbyists have been venturing to Hawaii each November to soak up the sun, socialize and attend panels, but never before during a worldwide pandemic.

Legislators are required to file a campaign finance statement that details spending and contributions through Oct. 17. It is possible that other attendees purchased flights after that date or through means other than their campaign accounts.

POLITICO has contacted offices for state lawmakers who reported having attended the same conference in recent years. The event typically draws moderate Democrats and Republicans and bills itself as a way to bridge the political divide, all while being sponsored by major Capitol players. The California Correctional Peace Officers Association, which represents state prison employees, has contributed $453,500 to the IVP for conference expenses over the past two years.

Eight offices said their lawmakers did not attend the trip, while a dozen more have not returned calls.

Rubio recently became head of California's moderate Democratic caucus — a role that presumes the kinds of connections with business groups that the Maui conference prizes. Cunningham recently fended off a well-funded Democratic challenger, keeping a battleground seat in the Republican column.

The Independent Voter Project's Dan Howle has stressed the safety precautions in place, including Hawaii's requirement that visitors show proof of a negative test within 72 hours of arrival to avoid a lengthy quarantine.

But the event launched the same day Gov. Gavin Newsom announced new shutdowns in nearly the entire state as coronavirus spreads at an unprecedented pace. The event also began three days after Newsom issued a travel advisory asking residents not to travel out of state and to voluntarily quarantine upon return. The governor also has implored people to cancel their Thanksgiving plans.