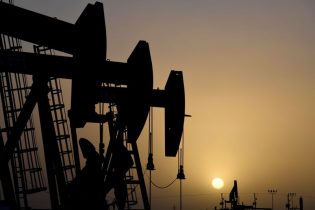 TOKYO (Reuters) – Oil prices fell on Wednesday after a bigger-than-expected build in U.S. crude stockpiles stoked fears for weak fuel demand and a potential supply glut, but hopes that OPEC and its allies will postpone a planned January increase to oil output braked losses.

“Still, hopes that OPEC+ will keep existing cuts further into 2021, or even increase the cuts, underpinned prices,” he said. Kikukawa predicted WTI will stay boxed into a range of $39 and $44 a barrel until a full meeting of the Organization of the Petroleum Exporting Countries (OPEC) on Nov. 30.

To tackle weaker energy demand amid a new wave of the COVID-19 pandemic, Saudi Arabia called on fellow members of the OPEC+ grouping – OPEC and other producers including Russia – to be flexible in responding to oil market needs as it builds the case for a tighter production policy in 2021.

OPEC+ held a ministerial committee meeting on Tuesday that made no formal recommendation.

OPEC+ members are leaning towards delaying a previously agreed plan to boost output by 2 million barrels per day (bpd), or 2% of global demand, in January in an effort to support the market, sources told Reuters early this week.

Supporting the case for a tighter supply policy next year, OPEC and its allies have revised oil demand scenarios for 2021 with demand seen weaker than previously anticipated, a confidential document seen by Reuters shows.

Amazon Is Selling a Wi-Fi Router Guard That “Blocks 5G”