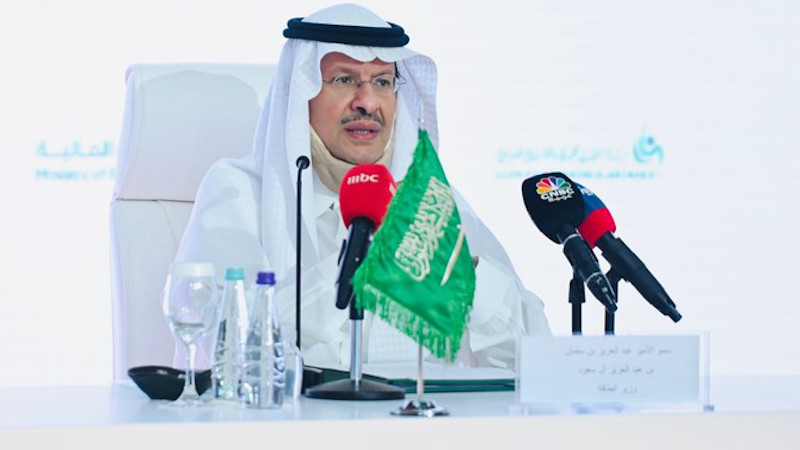 Saudi Arabia sees “some glimmer of light at the end of the tunnel” of the damage caused to global oil markets by the coronavirus pandemic, the Kingdom’s energy minister said on Tuesday.

Prince Abdul Aziz bin Salman told a meeting of OPEC+ oil ministers that there had been “very good news” on vaccines, and signs of increased demand from India and China.

“But the good news was counterbalanced by a surge in cases in the ‘second wave’ of infections, causing some big economies to  impose new restrictions and reminding us that this virus still has the potential to upset recovery plans,” he said. “There is still a way to go before we reach the other side of the long pandemic tunnel.”

The minister said OPEC+ should be flexible on plans to increase oil output in January. “The markets will not be kind to those who do not stick to agreements,” he said. “This is why we must be prepared to act according to the requirements of the market. I recently said we must be ready to tweak the terms of our agreement if need be.”

Analysts took that to mean a temporary halt to the extra 2 million barrels of oil per day due to come on market in January, with some estimating a delay as long as six months, but that decision can be taken only by a full meeting of OPEC next month.

OPEC+ had taken 1.6 billion barrels of oil per day off the global market since May, the minister said. Brent crude was down slightly at $43.30.

Remembering The One Who Made My Life Worth Living – OpE