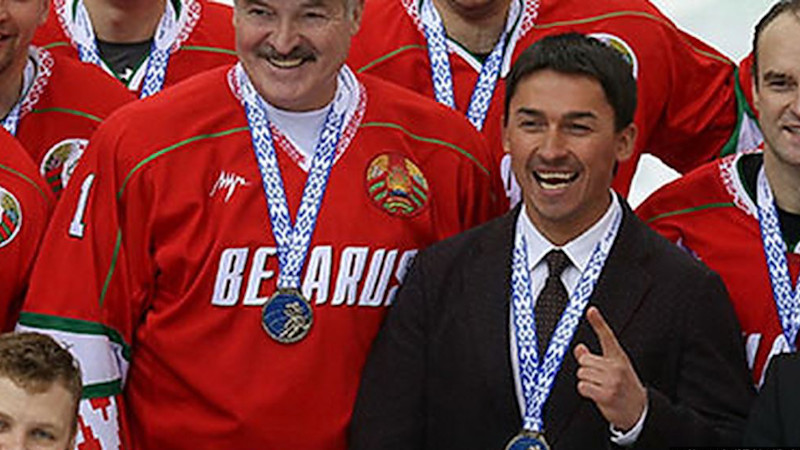 (RFE/RL) -- Latvia has blacklisted the head of Belarus's ice hockey federation as the Baltic country seeks to prevent its neighbor from co-hosting the 2021 World Championships.

"Together with Lithuania and Estonia, we will soon expand our Baltic blacklists to include more persons who continue to violently suppress peaceful protests in Belarus," Rinkevics tweeted alongside a picture of the order.

Baskau, the president of the Belarusian hockey federation and head of the Dynamo Minsk hockey team, is a close ally of embattled strongman Alyaksandr Lukashenka.

Lukashenka has faced 100 days of protests since the presidential election on August 9 that the opposition says was rigged and the West has refused to accept.

Belarus is set to co-host with Latvia the 2021 world ice hockey championships, but Riga is trying to remove Minsk from any involvement over a brutal crackdown on protesters and the opposition.

"Latvia does not have to co-host the ice hockey world championship with Belarus, period!" Latvian member of parliament Sandis Riekstins, head of the parliamentary subcommittee on sports, tweeted.

Such a move would be a further blow to Lukashenka, who has cultivated an image as a sportsman, regularly taking to the ice to play hockey, his favorite sporting pastime.

"The IIHF president stressed that the organization operates outside politics and is trying to do everything possible to make the World Championships take place in the two countries that were voted on by the IIHF Congress. However, Karins pointed out that the ability to provide safe conditions for players, participants, media, officials, and fans is a priority, to which Fasel agreed," the IIHF said in a statement.

In response to the crackdown on protesters, the European Union and Western countries have imposed sanctions on dozens of Belarusian officials, including Lukashenka.

The Baltic states and Poland have taken the lead in pressing for a tough stance against Belarus.

Andrew Cuomo’s in deep denial on his Supreme Court slapdown