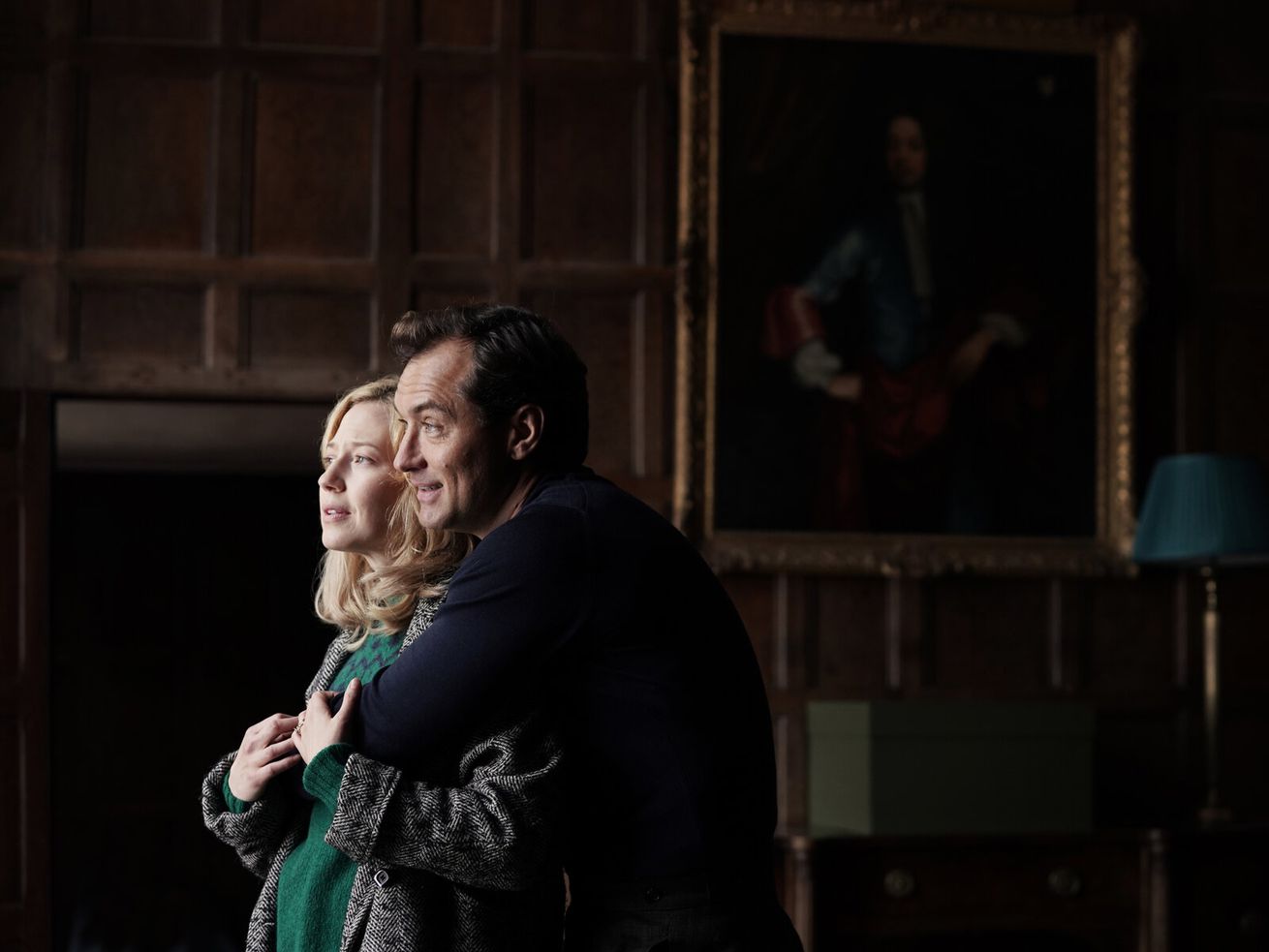 Carrie Coon and Jude Law in The Nest. | IFC

Movies about grand old houses (or small creaky ones) that turn against their inhabitants are bread and butter for the horror genre. There’s something so terrifying about the space you most intimately inhabit suddenly becoming your enemy. And frequently, the houses in these kinds of films are a metaphor for the mind of their inhabitants — a house possessed of ghosts or malevolent spirits taps into a deeper fear of being personally possessed.

The Nest isn’t a haunted house movie, per se, but it draws on some of the visual tropes of the genre. It frequently feels as if something sinister is lurking around every corner.

But the most sinister element in The Nest — and the most terrifying — is the havoc that blind ambition wreaks when it’s tied to a feeling of wounded entitlement. That’s the gargoyle that hovers around Rory (Jude Law), a wildly successful entrepreneur who moves his American family back to his native England for a job he’s eager to take. His wife Allison (Carrie Coon), a horse trainer, is reticent to leave the US, but she goes along with it. And his stepdaughter Samantha (Oona Roche) and son Ben (Charlie Shotwell) adjust to their new lives well enough. They’ve moved around a lot. They know the drill.

The family moves into a gargantuan old house on a handsome Surrey estate, where they settle into a patrician sort of life. Allison gets a new horse. Samantha and Ben enroll at new schools; Ben’s is so exclusive that Rory has to wrangle a spot for him. Rory and Allison attend fancy dinners at the fancy houses of their friends and work colleagues. Rory revels in the happiness of his boss, who was once his mentor and now is delighted to be working with him again. All seems well.

But it’s not, of course. The Nest is at its core a story of a seemingly solid family whose cracks slowly become exposed. For Rory, success is an image you project and an ideal you chase. He’s a man with something to prove. For Allison, trying to roll with the punches and be a supportive wife and mother is outwardly possible, but inwardly tumultuous.

Reminiscent of films like The Ice Storm, and set in the capitalistic excesses of the 1980s, The Nest is a thriller that doesn’t need the possibility of the supernatural to feel tense. Director Sean Durkin’s 2011 film Martha Marcy May Marlene was a tale of domestic life, as well — the story of a woman who leaves an abusive cult, returns home to her family, and experiences delusions and paranoia so severe that her family isn’t sure how to react.

The Nest is similar, in some key ways. It explores the way our mental furniture is arranged by our past experiences and, more importantly, by how we process those experiences. Rory’s drive isn’t a product of simple ambition; it comes from his reaction to past trauma. And that response could lead to dire consequences for the people he loves most.

But what really makes The Nest compelling is its visual style. From the first shot, it’s evident that something is about to go down, but that shot is just two cars sitting in front of a house for what seems to be an eerily long time. Later, gorgeously composed wide shots of rooms leave plenty of space for the imagination to run wild, and the light flickering on Allison’s face speaks volumes more than any dialogue could.

It’s pure pleasure to watch a film like The Nest, which is scary for all the right reasons and leaves you feeling unsettled at the end. A house is just a home, unless it’s an externalization of what’s going on in someone’s head. And when it comes to messy families, there are no easy solutions.

After a brief run in limited theaters, The Nest is available on a number of digital services; check the film’s website for details.