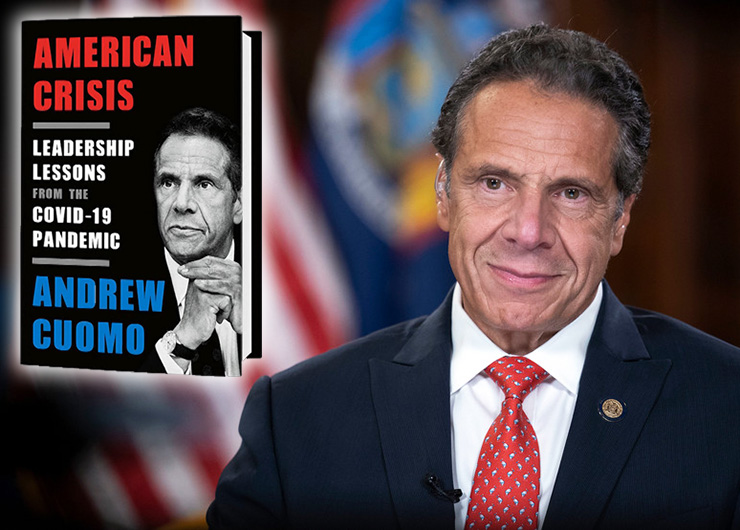 More than 600 New Yorkers have died from COVID-19 since Oct. 13, the release date of Democratic governor Andrew Cuomo's self-congratulatory book about his leadership during the pandemic.

In a normal society, Cuomo would have been resoundingly mocked for thinking it was a good idea to write a book about pandemic leadership. Everyone involved in the publication of American Crisis: Leadership Lessons from the COVID-19 Pandemic would be overcome with shame. But we don't live in a normal society, because American Crisis is currently ranked on Amazon as the top-selling title in the "Forensic Medicine" category.

Cuomo's actual (abysmal) performance in terms of combating COVID-19 has been repeatedly glossed over by glowing media coverage. At one point, he was considered a legitimate late-entry candidate to win the Democratic presidential nomination. The incessant fawning by professional journalists helped elevate Cuomo, aka the "Love Gov," to sex symbol status among a certain segment of the deranged liberal population.

The worst offender, CNN, allowed its anchor Chris Cuomo to conduct cheeky, light-hearted interviews with his older brother Andrew about a subject of deadly importance. The interviews, which occasionally involved props, were remarkably devoid of substance, but did yield some viral moments in which the brothers disagreed about who called their mother more often, and resulted in headlines such as: "Chris Cuomo's Latest Sibling Rivalry Stunt Leaves Governor Andrew Cuomo Laughing Out Loud."

For some reason, possibly or perhaps entirely related to the fact that Cuomo is a Democrat, the governor was not widely accused of orchestrating the mass murder of elderly New Yorkers by forcing nursing homes to take in thousands of patients already infected with the highly contagious virus. Cuomo's attempts to deny this were so egregious that even CNN was compelled to call out his "false" claims.

New York continues to boast a commanding lead in statewide COVID death counts at 33,540, according to data compiled by the New York Times. That's more than 50 percent higher than Texas, which holds the second-place spot at 20,157 despite having almost 10 million more people. New York's deaths-per-million rate stands at 1,749, which is good enough for second place behind neighboring New Jersey.

To contextualize the 644 New Yorkers who have died from COVID since Cuomo published his leadership book, consider the following:

The Awe and Disgust of Curt Schilling