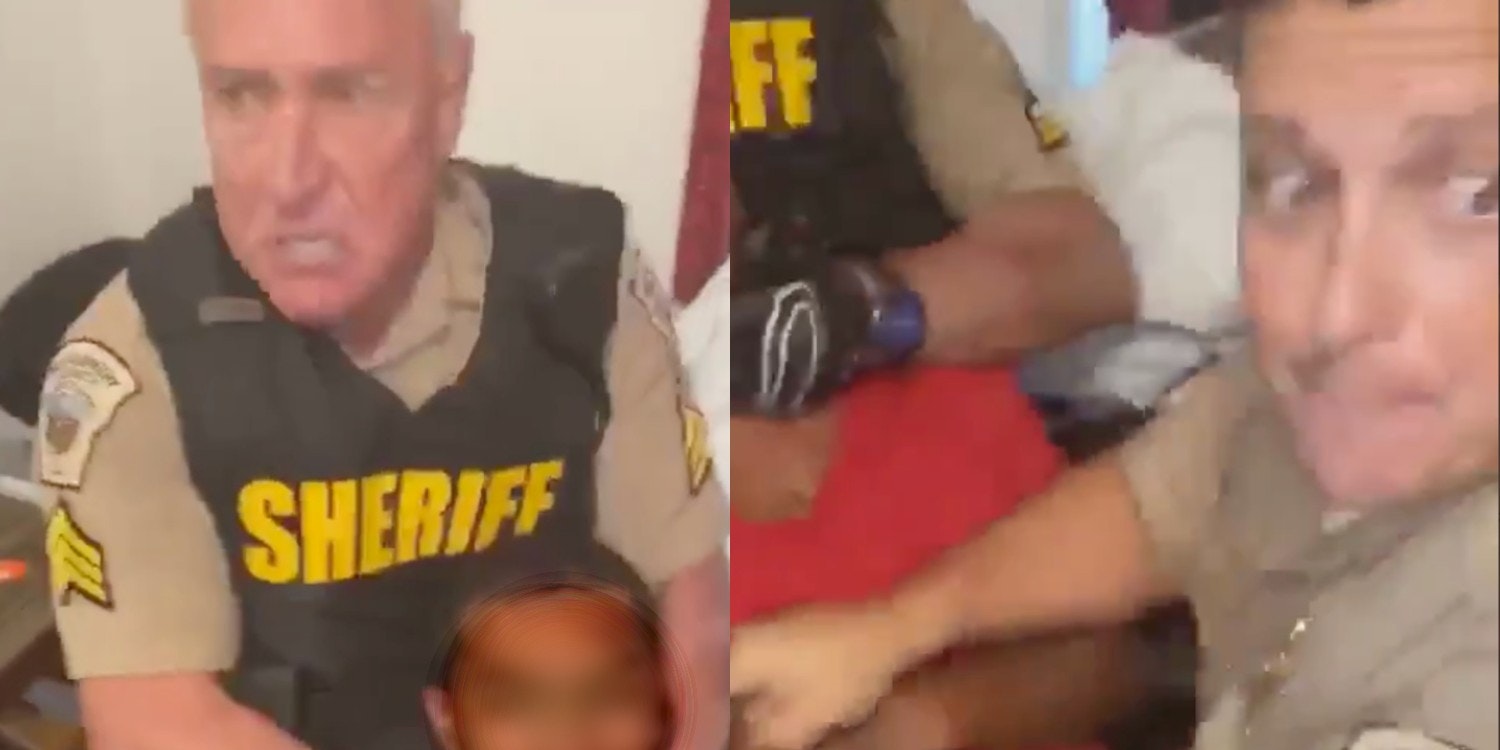 A white North Carolina officer choked a Black man while he bled from his mouth and another officer restrained his hands. A video of the incident is going viral online.

The video was first posted by the man featured in it, Ray Anthony Cozart Jr. of Raleigh, in October.

It first went viral that same month, even being shared by Ben Crump, a famed civil rights lawyer and advocate. Crump, at the time, identified the sheriffs as Montgomery County Sheriff’s Office employees. The video was also reposted to Twitter by user @BobDarrin on Sunday, garnering a newfound interest in the incident.

The nearly minute-long video shows one sheriff putting Cozart Jr. in a chokehold as Cozart Jr. struggles to free himself. He is bleeding from his mouth and appears to be in agonizing pain. “Get in here,” the sheriff screams at someone who is not in the frame. “Get the handcuffs on!”

A second officer is seen holding Cozart Jr.'s hands, trying to tie them together. There are people in the background screaming, though it’s not fully audible what they are saying. One man is heard saying, “He’s talking to you!”

When one woman asks the officer for his name and tells him that he is “going to go down,” the officer says, “Back off me, now!”

The circumstances surrounding the incident are not immediately clear. However, a statement issued by the sheriff’s office on Oct. 29 confirmed that it took place on Oct. 20 in Jackson Springs, a community in Moore County. According to the statement, the sheriffs were in the residence to arrest another person who lived there but ended up choking Cozart Jr. for “obstructing and delay a public officer, assault on a public office and communicating threats.”

The office is conducting an investigation into the incident; its status remains unclear.

The Daily Dot has reached out to the Montgomery County Sheriff’s Office.