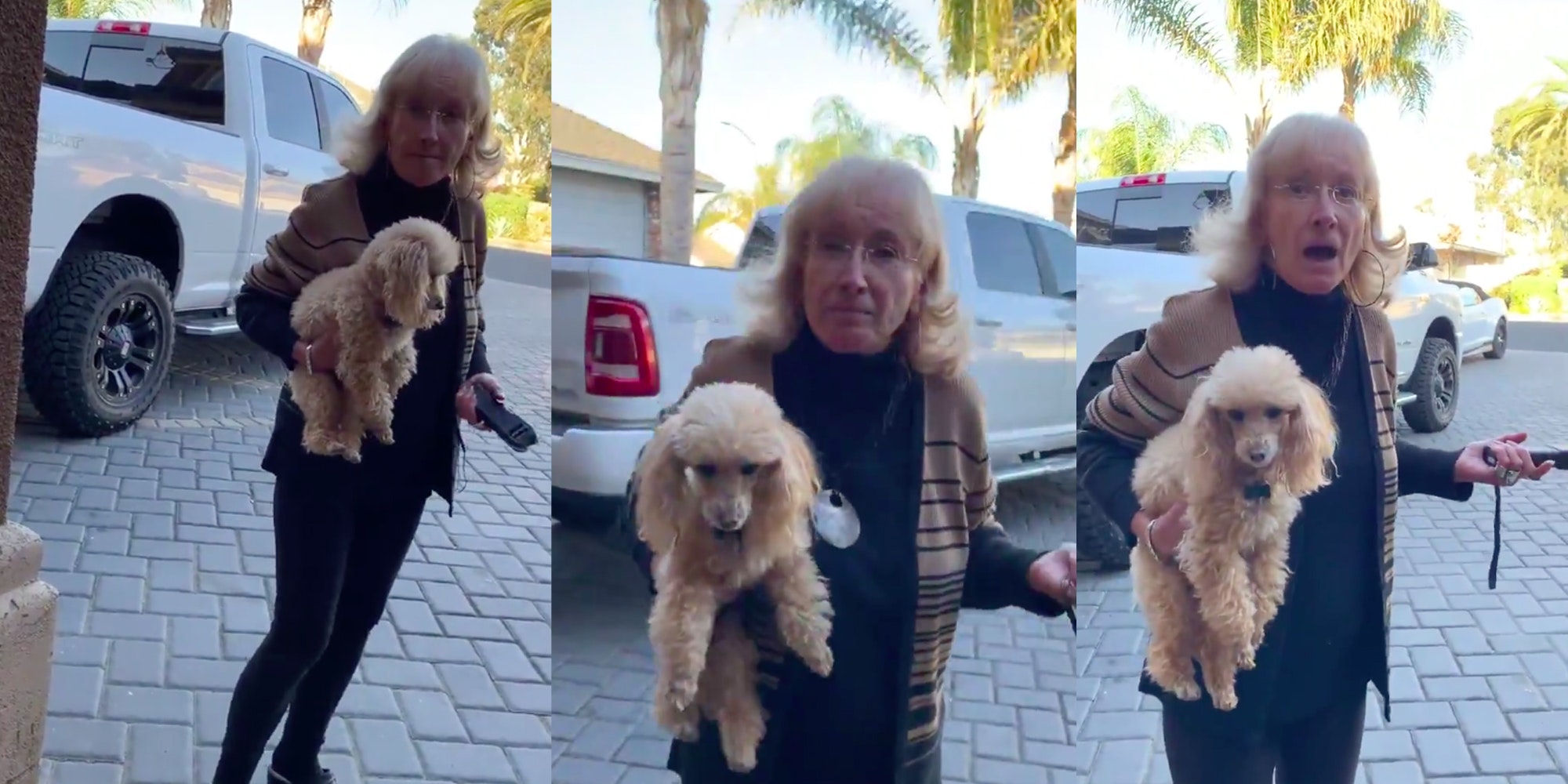 In the latest edition of Karens terrorizing people who are minding their own business, a woman in California was filmed waving around a taser and telling her Black neighbors to act more like white people.

The entire encounter was caught on the security cameras of a woman named Jariell from Discovery Bay, California. Once Jariell realized the woman was hostile, she began filming on her phone. It all started when the woman claimed that Jariell’s pit bull attacked her poodle.

In the first video posted to Twitter by Jariell, the woman tells Jariell’s brother that she doesn’t want to see the pitbull dog outside any longer. He tells her that he’s allowed to do whatever he wants in his house.

The second video shows her with a poodle in one hand and a taser in the other as she continues alleging the pit bull attacked her dog. “He didn’t attack your dog,” Jariell’s brother doubles down. “I have it on camera.”

Again, she says, “You know what? You guys are acting like Black people.”

The Karen tries to backtrack on her racism by saying that she was raised in Oklahoma City, where there “tons of Black people.” When Jariell tells her to repeat what she said, the woman says, “You guys are acting like people that aren’t normal.”

She then leaves before returning for what is the third round of berating, telling Jariell, “You know where you're gonna go? You're gonna go to Hell. Because I'm going to sue the hell out of you. Both of you."

Jariell posted the videos to Twitter with the caption, “I am TIRED of living this way. I am TIRED of passive-aggressiveness. I am TIRED of the fake smiles. I am TIRED that I don’t feel safe in a house that I’ve lived in for 10+ years cause of the color of my skin.”

One Twitter user commented that the Karen wasn’t representative of all white people and that she was just “one crazy white lady off her rocker.” Jariell then retweeted it and commented back, “Do you live in my skin? Do you know what I deal with every day as a black woman? No. So stfu."

The post ‘Taser Karen’ tells her Black neighbors to act white in viral video appeared first on The Daily Dot.

Syracuse officer suspended for second time in as many months