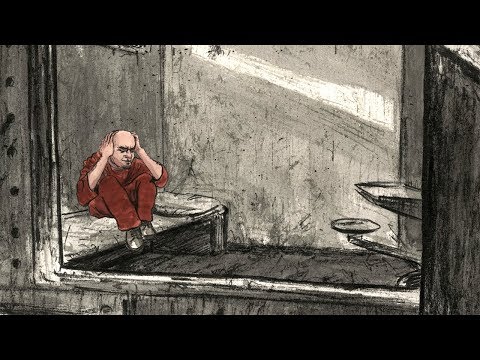 The loneliness and isolation of quarantine is nothing to laugh about, though we might have heard grim jokes about solitary confinement in the last few months. We’ve also seen overwrought comparisons of social distancing to prison. These are, I think, release valves for real pain. One hopes the harrowing experience of the pandemic will give Americans some compassion for the lives of prisoners, a shocking number of whom spend years, even decades, in solitary, mostly deprived of natural light, human contact, entertainment, education, or a change of scenery. It seems, inarguably, like a form of torture.

Unsurprisingly, solitary confinement does real harm to the body and brain. Even inmates placed in solitary for a few days experience symptoms of acute anxiety and depression. “Isolated inmates often report symptoms similar to those of hypertension, such as chronic headaches, trembling sweaty palms, extreme dizziness and heart palpitations,” Mary Murphy Corcoran writes at NYU’s Applied Psychology Opus. “Inmates in isolation may also have difficulty sleeping, and some may experience insomnia…. Consequently, inmates report feelings of chronic lethargy.” Over the years, this stress exacts its long-term toll.

In the Slate video at the top, former inmate Five Mualimm-Ak describes the five years he spent in solitary during a 12-year prison sentence. His account and those of others were recently collected in a book with the grimly evocative title Hell is a Very Small Place. Former solitary inmate Terrence Slater describes a kind of further solitary of the mind: how important it is to limit the amount of time one thinks about loved ones during a 23-hour day alone in a cell, or “you’re going to lose your mind in there.” It’s estimated that roughly 80,000 inmates in the U.S. are placed in such conditions every year.

Given enough time, one may literally lose one’s mind, as Robert King discovered. King was “confined in a 6×9-foot cell for almost 30 years,” Elana Blanco-Suarez writes at Psychology Today. “King knew that solitary confinement was changing the way his brain worked. When he finally left his cell, he realized he had trouble recognizing faces and had to retrain his eyes to learn what a face was like.” He could no longer follow simple directions. “It was as if his brain had erased all those capabilities that were no longer necessary for survival in a cell no bigger than the back of a pick-up truck.” 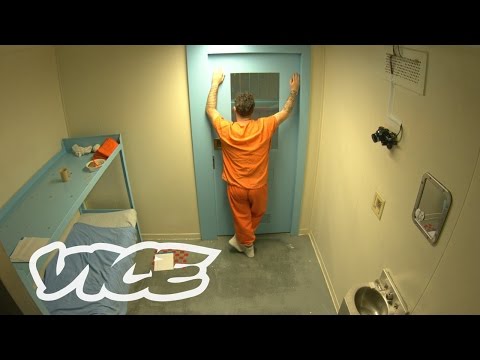 Prolonged periods of sensory deprivation can be especially injurious for prisoners who go into solitary with pre-existing mental health issues, and “mentally impaired prisoners are disproportionately represented in solitary confinement,” Kirsten Weir notes at the American Psychological Association. One 2005 study found that the “prevalence of mental illness in administrative segregation” in Colorado “was greater than 35 percent, compared with a mental illness rate of less than 25 percent among the general prison population.”

Clinical professor of psychiatry at the University of Colorado Jeffrey Metzner argues that the “correctional system has become our mental health care system for too many people,” using abusive, barbaric practices that haven’t existed in mental health wards for decades. The effects of solitary confinement suggest that “it doesn’t make facilities safer, doesn’t make our communities safer, and that people are developing mental and physical ailments because of this practice.”

So says James Burns, a formerly incarcerated filmmaker who voluntarily entered solitary confinement for 30 days in 2016 and livestreamed the whole experience. See his last four hours above and read at Vice about his reasons for submitting himself to hell—not a “dark dungeon,” he writes, but “a very sterile, bright hell” which is, “more than anything… a mind fuck.”

Prisons Around the U.S. Are Banning and Restricting Access to Books

Josh Jones is a writer and musician based in Durham, NC. Follow him at @jdmagness.

What Happens When You Spend Weeks, Months, or Years in Solitary Confinement is a post from: Open Culture. Follow us on Facebook, Twitter, and Google Plus, or get our Daily Email. And don't miss our big collections of Free Online Courses, Free Online Movies, Free eBooks, Free Audio Books, Free Foreign Language Lessons, and MOOCs.