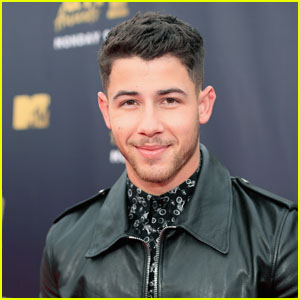 Nick Jonas is back!

The 28-year-old “Chains” singer will return to The Voice for Season 20, he announced on Tuesday morning (November 17).

PHOTOS: Check out the latest pics of Nick Jonas

“Warriors never sleep. I’m back and ready to win this thing ???? See you next season on @nbcthevoice!!” he captioned a video on Instagram. “PS – Hope you’ve been training @blakeshelton @kellyclarkson @johnlegend…. ???? #TheVoice”

Nick will be joining Blake Shelton, Kelly Clarkson and John Legend, who have been the three main judges since Season 16. Nick and Gwen Stefani have been alternating the fourth chair the last few seasons, this being his second season as a coach.

Back on season 18, Nick‘s first season, his artist Thunderstorm Artis made it into the finals and came in third place!

The Voice season 19 is currently in the Knockout Rounds and airs weekly on Mondays and Tuesdays at 8/7c on NBC. Season 20 will premiere in 2021.

Nick also recently opened up about his new niece, Willa!

Nick Jonas Returns To ‘The Voice’