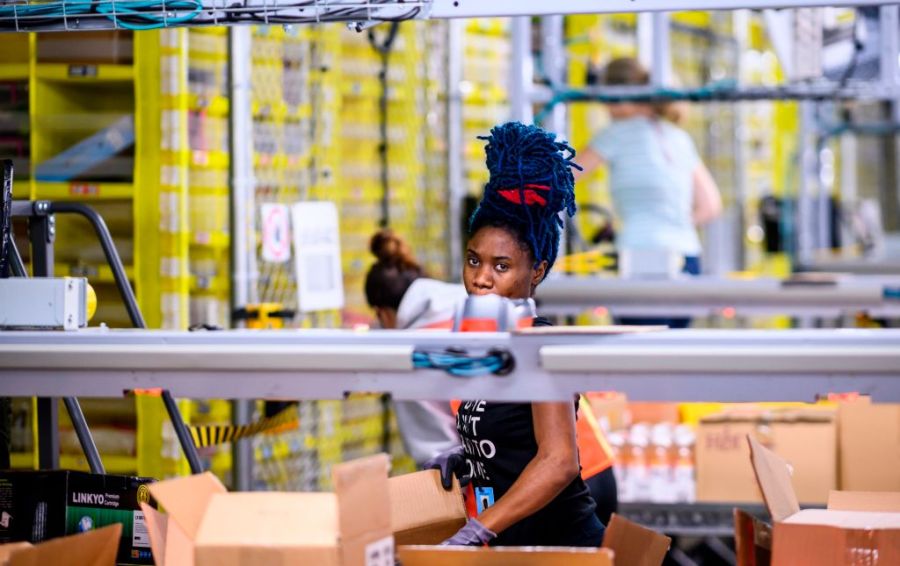 Amazon released data Thursday showing that 19,816 employees have tested positive or been presumed positive for COVID-19 since the pandemic began.

According to the retail giant's own analysis, that number is actually substantially lower than the rate of infection in the general population.

Amazon kicks off career fair with 33,000 work-from-home jobs up for grabs

"We have done a thorough analysis of data on all 1,372,000 Amazon and Whole Foods Market front-line employees across the U.S. employed at any time from March 1 to September 19, 2020," Amazon wrote. "We compared COVID-19 case rates to the general population, as reported by Johns Hopkins University for the same period, accounting for geography and the age composition of our employees to make the data as accurate as possible."

Amazon says it became clear in March that testing employees would "be of critical importance" and assigned employees from different backgrounds to a team tasked with that mission.

The company says it also "hired dozens of lab technicians and others to build a world-class laboratory team" that is now conducting "thousands of tests a day." The team's November goal is growing the daily testing numbers to reach 50,000 across 650 sites.

As of Thursday, there were more than 207,000 deaths from over 7.2 million cases of COVID-19 in the U.S., according to Johns Hopkins data.