Ahead of the next round of international fixtures, Jose Mourinho is clearly concerned about Harry Kane’s participation.

The Portuguese’s stance is understandable given that Kane missed three months of action last season.

With Tottenham having had one of their busiest ever starts to a campaign, combining Premier League, Europa League and Carabao Cup fixtures, three internationals inside a week with little chance of rest is asking for trouble.

Mourinho had made a point of suggesting that his talisman didn’t need to be playing every minute of every match, and, according to the Daily Mail, England manager, Gareth Southgate, took note, but wouldn’t guarantee that some of his players wouldn’t play any part in any of the matches.

“I can’t guarantee that no player will play no minutes of all three games,” he said at a press conference on Thursday, cited by the Daily Mail.

“You might end up having to put someone on for five minutes and then people will be saying: “well you didn’t do what you said.”

“But our aim is to manage the squad, we’ve got to be responsible, we’re conscious of the welfare of the players.

“This season as a whole is a huge challenge for clubs and national teams so we’ve got to work together on that.

“It doesn’t help anybody if we’re not joined up on our thinking.’ 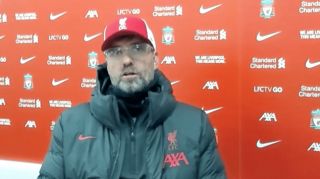 Tottenham have been reasonably active in the transfer market so far, and with Gareth Bale on the cusp of a Premier League return, having Kane in situ to get on the end of the expected service from the Welshman is a must.

The post Southgate risks Mourinho’s wrath as he won’t promise Tottenham star will be rested appeared first on CaughtOffside.