The Yorkshire-based club made the 20-year-old’s loan move from Lorient permanent for a fee in the region of £5m in the summer and he has impressed early on in the Premier League.

And former Leeds goalkeeper Robinson feels roping in a player of Meslier’s quality for £5m is a steal, especially when taking into account what other clubs have paid for their number 1s. 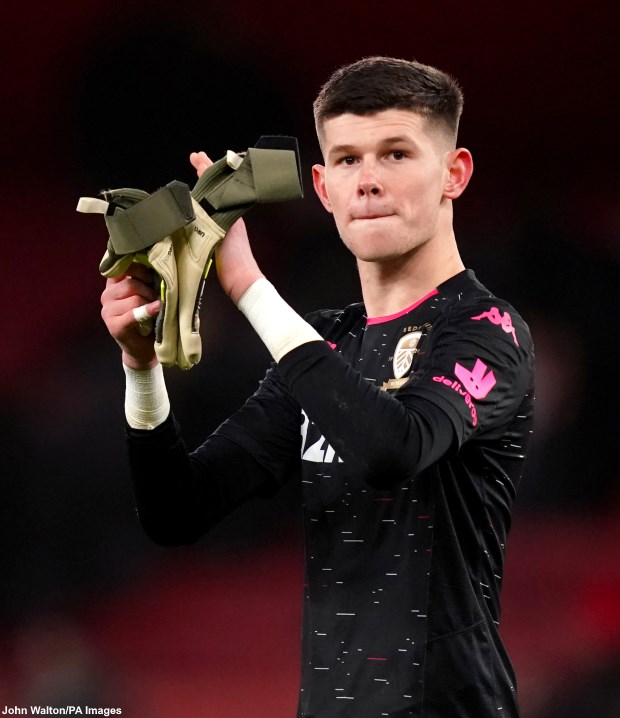 Robinson pointed out that Leeds’ Yorkshire rivals Sheffield United paid £18.5m for Aaron Ramsdale and Chelsea splashed out £22m to sign Edouard Mendy, making Meslier a bargain for the Whites.

The former Leeds man feels Meslier has grown in stature since making his debut against Arsenal in the FA Cup last season.

“They have paid £5m for what looks to be a potentially top-class goalkeeper“, Robinson said on LUTV.

“When you look around the league, there is Ramsdale that is costing £18.5m, Chelsea just spent £22m on Mendy and then you go to the other extreme, Kepa [Arrizabalaga] and Alisson, £60m, £70m.

“It looks like a real bargain for a goalkeeper of his quality.

“He has not done a lot wrong since he has come in at the end of the Championship season, last season.

Meslier kept his first Premier League clean sheet against Sheffield United last weekend and will be looking to add more as the campaign moves on.