Jimmie Johnson retiring at the end of the 2020 NASCAR Cup Series season isn’t the only major change in Hendrick Motorsports’ future. Chad Knaus is leaving the pit box to become an executive with the team, Hendrick announced Tuesday.

Working together from 2002 to 2018, Knaus and Johnson were an unparalleled and dominant duo and won seven championships together. But after the 2018 season, the iconic pair broke up, and Knaus became the crew chief for William Byron and Hendrick’s No. 24 Chevrolet team.

But Knaus is moving up, and after the 2020 season ends, he’ll become Hendrick Motorsports’ vice president of competition and will oversee the organization’s personnel four-car group, as well as the team’s technical development. He’ll also likely be integral in implementing NASCAR’s new Next-Gen car in 2022.

On a Zoom press conference Thursday, Knaus explained that while he’s excited about the promotion and eager to take on new challenges, he’s ready to cut back on traveling and spend more time with his family. His explanation echoed some of Johnson’s reasons for not wanting to be on the road full-time anymore.

“Everything is about timing, and it seemed like the right time,” Knaus said.

Chad Knaus says it was a tough decision to leave the pit box after this season and move to an HMS executive role. He describes the emotions he has felt knowing he only has a handful of races as a crew chief: pic.twitter.com/BmFpB0NdUi

When FOX Sports’ Bob Pockrass asked about his emotions over leaving the pit box after the season-finale at Phoenix Raceway in November, Knaus said:

“Well, there’s a ton of emotions, obviously, Bob. I’ve been doing this a long time. So, it was a tough decision to try to figure out what I wanted to do, but it’s the right decision for everybody and all parties involved. …

“Myself, my family, it’s time for me to try to make a change to where I can spend more time with them and try to help impact the company as a whole. So sitting on top of the pit box for as long as I have — I’ve been traveling full-time since I was about 16 years old, so it’s time to kind of pull back just a little bit and not be on the road every single week and spend some time with my family.”

Forty-nine-year-old Knaus has 82 career wins — all with Hendrick Motorsports and all but one with Johnson. Knaus’ most recent victory was with Byron, who took his first career checkered flag at Daytona International Speedway in August.

With such an accomplished resume, it might be tempting to want to add more to it. But he, understandably, doesn’t want NASCAR’s grueling nine-month schedule to keep him away from his 2-year-old son, Kipling, and baby Vivienne, who was born in July.

HBD Kipling Wolfgang Knaus. We love you! PS, Vivienne Mae’s face absolutely getting smooshed by her big bro…no babies were harmed in the making of this photo

“We talked about doing it before I went over to the No. 24 car. Quite honestly, I really, really wanted to get a victory in that No. 24 car. It was something I dreamt about since I was a very young man. So to be able to get that this year definitely helped tremendously. It’s all about timing, and right now is just the right time. We’re transitioning into a new vehicle with the Next-Gen car. I really want to try to help get that car the best that we possibly can get it, so Hendrick Motorsports, our teams, our drivers can hit the ground running.”

And because Knaus obviously has known about this change longer than the rest of the NASCAR world, he’s already been savoring his final races as a crew chief. He added:

“Emotionally, in Phoenix, I’m sure it’s going to sink in. I’ve been taking it in race by race. Obviously, I’ve known about this for a while. We’ve been talking about it for a while. So, as I go to the race tracks, I’ve been soaking in the atmosphere from the drop of the green flag, looking up into the stands, seeing the fans when they’re there. All of that has been pretty high priority just to kind of absorb as much as I possibly can these last few weeks.” 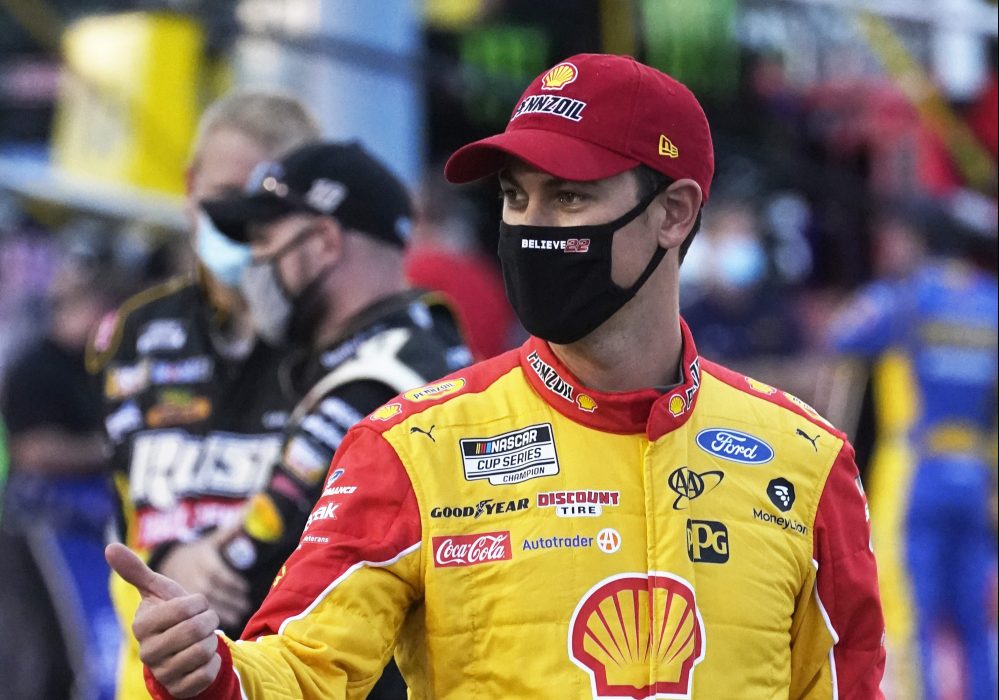 Dale Earnhardt Jr. opens up to Danica Patrick about his 'most important moment' with Dale Sr.

Djokovic marks Italian teenager Sinner as a potential number one