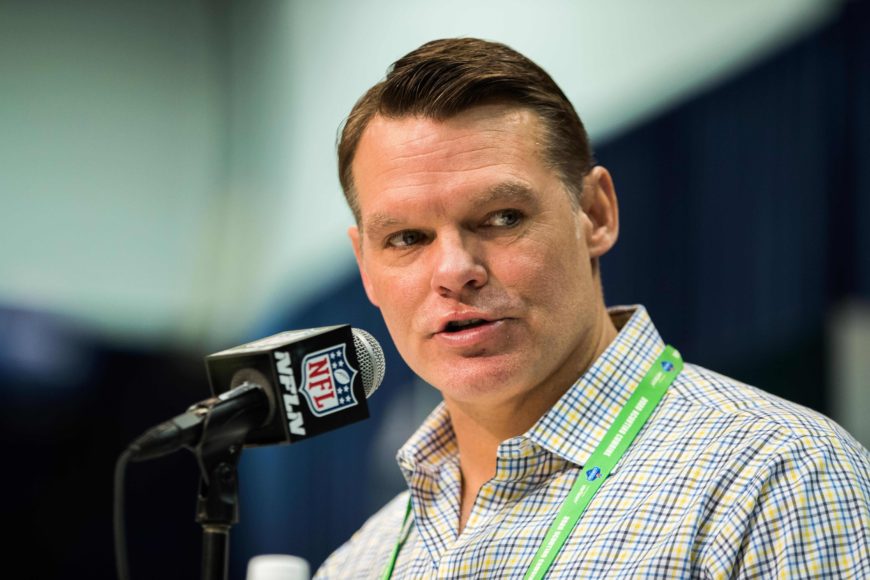 Ryan Pace is an interesting topic these days. Some Chicago Bears fans really like him. They feel his work in the draft (outside of the 1st round) is exemplary and he’s done a strong job in free agency as well. Others think his colossal misfire with Mitch Trubisky combined with other busts like Kevin White and Adam Shaheen make him a liability. That debate remains ongoing.

Yet when it comes to the national media? There is no divide. The Bears GM seems to be universally derided or even outright hated. Few supporters exist that high up the food chain. So it’s fair to ask the question. Why? Pace was such an unassuming guy. The pro personnel director of the New Orleans Saints. A well-respected organization.

He’d worked his way up from a regional scout to the front office. The guy was a fun story. Yet the treatment he’s gotten makes one think he insulted the mothers of every noteworthy analyst in the country. Where did it come from?

After years of wondering, an answer may have finally surfaced.

Ryan Pace was collateral damage in a large beef

Jeff Hughes of Da Bears Blog is noted for having some solid connections in the NFL scouting community. Particularly at the front office level. He published a story recently that revealed the true source of Pace’s smear campaign. None other than Indianapolis Colts GM Chris Ballard.

“When the Bears interviewed Ballard for the gig that eventually went to Pace, the former was unsurprisingly vocal. He told people around the league the job was his to lose. He even said that to one of the other contenders for the gig! Ballard considered the interview process a foregone conclusion, believing that George and Ted would go with a known, comfortable commodity in the wake of the failed Phil Emery experiment.”

As everyone knows, that isn’t what happened. Pace made a strong impression during his interviews and convinced McCaskey and Phillips of his vision. The hire was made to the shock of many.

This is where it all started.

“Ballard did not take this rejection well.

He blamed Ted Phillips and leaked that he’d wanted to diminish the team president’s role in football operations. He even got Greg Gabriel to write columns about it in Chicago. (This, of course, did not happen.) Instead of handling this all with some f**king class, Ballard went scorched earth on the Bears to his media friends, trashing Bears ownership, their team president, their new GM.”

It explains why every single Ryan Pace decision has been overly scrutinized ever since. Ballard was a scout for the organization during the 2000s. He had a big hand in building their Super Bowl team in 2006. After finding success in Kansas City, everybody was convinced the Bears would bring him home to run the entire show in 2015. Ballard himself included.

Some though aren’t buying this idea.

This is filled with misinformation.

Dan Pompei is among the more respected columnists in the NFL who has strong ties to the Bears organization. For him to come out and say that is plenty interesting, though he didn’t elaborate on what was or wasn’t wrong. Something to at least keep in mind when digesting the story.

I’ll stand by every word of it. And I have sources that were inside several of these rooms. https://t.co/JJuBZ9FoaK

(Believe me, I knew when I wrote what I wrote today, many were gonna attack it. I’m ready.)

So it ultimately comes down to the interpretations of the reader. The story does have some logic to it. Would Ballard be petty enough to use his connections in such a fashion? People have done far worse for more ridiculous reasons.

11 Horror Books You Should Read On Halloween Night