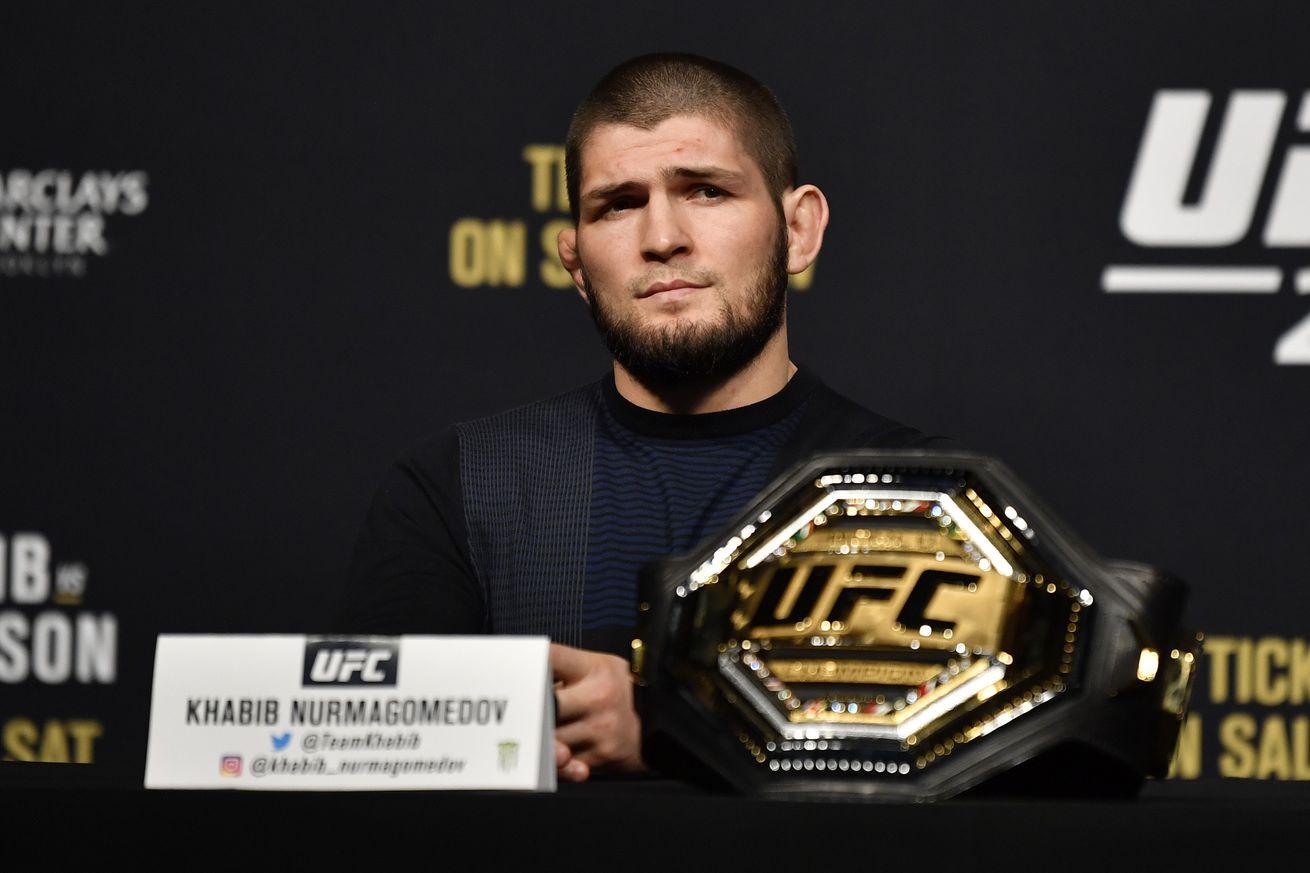 Tune in to see Khabib Nurmagomedov, Justin Gaethje and Michael Chandler answer questions from the media.

The UFC is back on its so-called ‘Fight Island’ with a bevvy of cards scheduled to take place in a near empty arena on the shores of Abu Dhabi. The most important of those cards, by a long shot, is UFC 254, which takes place on October 24 at 2 p.m. ET.

UFC 254 is headlined by a UFC lightweight unification bout between undefeated champion Khabib Nurmagomedov and interim champion Justin Gaethje. This will be Nurmagomedov’s first fight since he beat Dustin Poirier in September 2019 (which happened on ‘Fight Island’ before it earned its new nickname).

Gaethje comes into this fight off of a stoppage win over Tony Ferguson at UFC 249. Gaethje got that fight after the COVID-19 pandemic shut down the possibility of Nurmagomedov leaving his home in Russia.

Both Nurmagomedov and Gaethje are scheduled to appear at virtual media day, where they will field questions from reporters. Joining them at the event is former Bellator lightweight champion Michael Chandler.

Chandler is a recent signing for the UFC. He will be playing the role of understudy for the UFC 254 main event, ready to step in for either Nurmagomedov of Gaethje should something untoward happen.

You can watch virtual media day below in video provided by our friends at MMA Fighting:

Why Is China Threatening To Use Force Against Taiwan?

Lit Method's Strength Machine is a clever at-home fitness system, but the lack of useful tracking stats and reliance on a membership ultimately hinder its long-term value