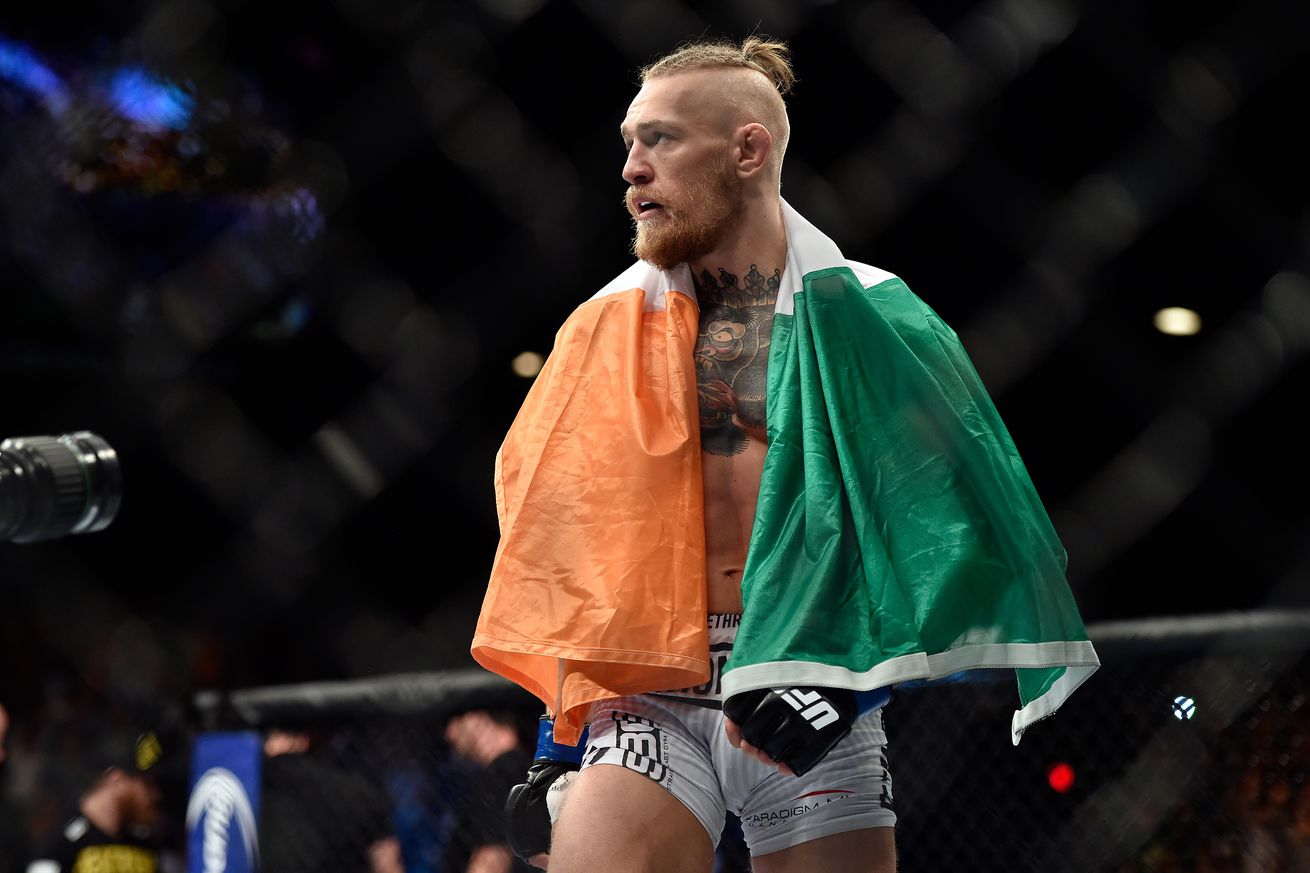 A rematch between Conor McGregor and Dustin Poirier is supposedly being planned for December.

Conor McGregor is hard at work trying to get a charity match against former opponent Dustin Poirier in motion, and he took the next step by releasing a promotional poster for the fight on social media.

The poster has the same look and feel of what we have grown accustom to seeing in the combat sports world as far as promotion goes, so we have both men standing next to each other with the date and location of the potential fight right underneath them.

McGregor captioned the poster with a few details of the fight, writing that it would be a “martial art sparring match in aid of charity” with donations being welcomed for a soon-to-be released list of charities.

You can see the poster below.

The idea of a charity match between McGregor and Poirier was sparked in the middle of a recent tweet storm from the former two-division champion, who was explaining his time away since his last performance inside of the Octagon against Donald Cerrone at UFC 246 earlier this year. Poirier tweeted at McGregor and it led to both men planning a fight that would allegedly have “zero to do with the UFC”.

As McGregor and Poirier planned, and later agreed to, the fight, news broke that UFC President Dana White offered both men a fight in the UFC and is awaiting their response to the proposal. In an apparent response to White, Poirier tweeted out “I accept” yesterday, so perhaps the rematch will take place under the UFC banner. Despite being very active on social media recently, McGregor has not responded to White.

McGregor and Poirier first met in 2014 at UFC 178, where McGregor picked up a first-round technical knockout over Poirier.