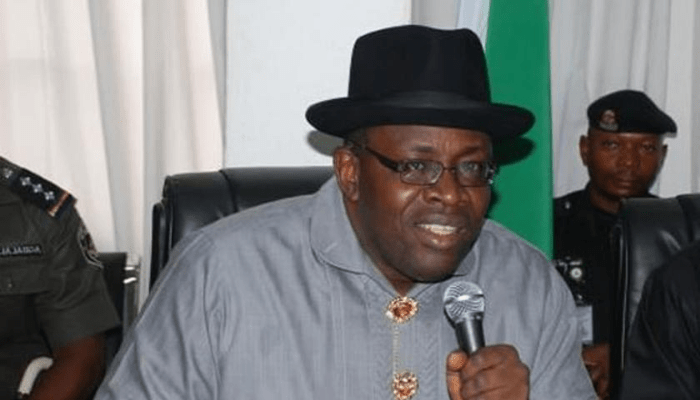 Bayelsa State governor, Douye Diri, has pleaded with Nigerians and Bayelsans to “emphasise the things that unite us”.

In a statewide broadcast to mark Nigeria’s Golden Jubilee and Bayelsa’s 24th anniversary on Thursday, Diri urged Bayelsans to focus on unity, peace and sustainable development while joining hands with his government to build the state in line with the vision of the founding fathers.

He said October 1 is a solemn and significant celebration to honour the memory of those who fought for Nigeria’s independence in order to free the people from the shackles of poverty, ignorance, injustice and underdevelopment.

Congratulating President Muhammadu Buhari and Nigerians on achieving the remarkable milestone, the governor also saluted the courage, sacrifice and tenacity of all frontline medical personnel in the fight against the ravaging COVID-19 pandemic.

Although noting that the progress achieved in development in the state is slow, he pointed out it was not where it was at creation in 1996 and highlighted some of his development efforts.

“Whereas the noble dreams and lofty heights hoped for may not have been fully attained, we are nevertheless not where we started from. Progress may have been slow, but slow progress is still progress,” he said.

The governor stressed that agriculture is his administration’s major sector.

“We have already identified some strategic areas to substantially invest in, which include rice, fish, cassava and plantain production.

“Furthermore, we are seriously supporting SMEs to diversify the economy of the state by empowering over 1000 Bayelsans through the ongoing Diri Boost scheme,” he said.

“We are pleased to have also undertaken various measures to give the city a facelift in our urban renewal policy. Of note is the sanitisation and fencing of major markets at Swali, Kpansia and Etegwe,” Diri said.

The governor said his administration has demonstrated commitment in the prompt payment of salaries, pensions and gratuity despite the dwindling funds from the federal allocations.

He also noted that teachers had been trained on COVID-19 safety protocols to enable students and pupils return safely to school just as he had also signed into law various bills to improve the governance processes.

In the education sector, Diri said government would build three new technical schools and upgrade existing structures in schools while general hospitals are being renovated in the eight local government areas.

On security, he said the situation had improved significantly through the proactive stance of his government, which had also taken steps to engender an improvement in power supply within the Yenagoa metropolis.

Lay off the layoffs, experts say. To transform effectively, focus on retraining instead

The Pandemic Has Meant I’m Rarely Away From My Children. Am I Still More Than a Mom?