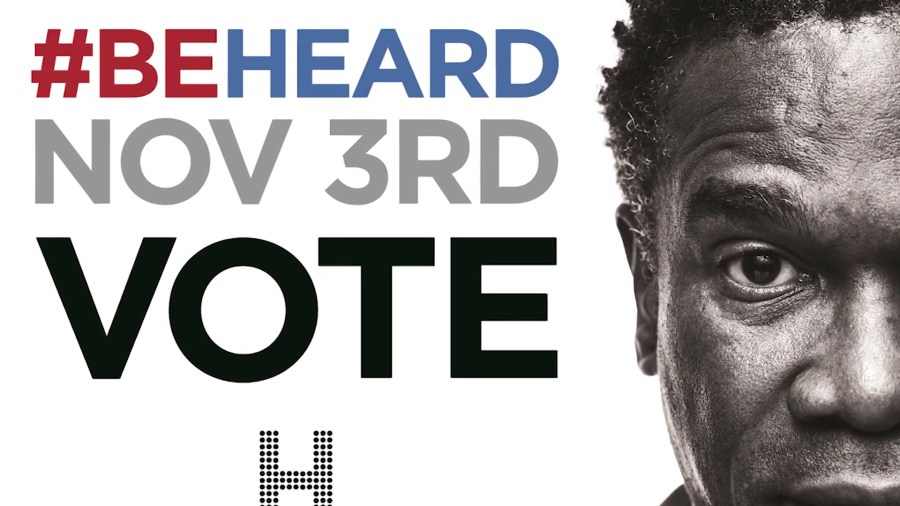 COLUMBUS, Ohio (WCMH) - An organization known for its singing is lifting voices in a new way.

“It’s not about who you’re voting for. We’re not promoting an agenda. What we’re doing is just talking about [the fact] that our voices are only powerful when we use them,” explained David Brown, the creative director for the Harmony Project.

“Especially at a time when there’s such chaos and such confusion and where people, in a lot of ways, feel like their voices are suppressed this is a way to showcase that you still have a voice and you can use it,” said Fant.

The directors enlisted help from local artists and creatives such as Orange Barrel Media, Creative Spot, The 5 Stones Group.

Photographer and Harmony Project board member Tariq Tarey took photos for the campaign and shared his personal story about why voting is a critical right to him.

“Coming to this country, people like me from other countries where we couldn’t vote, it’s far more crucial to us to vote,” he said.

Tarey fled civil war in his home country of Somalia in the 1990s. He has been taken aback by the low turnout of American elections.

“The most important right is to give your voice and hire the people that are going to govern the country,” he said. “It’s really, really amazing to me that people aren’t taking advantage of that.”

Tarey and other Central Ohioans are featured in a number of documentary-style short videos and black and white photos which will appear on social media and displays throughout downtown Columbus and the Short North. The images include voting stories and the message “Add your voice to the chorus of history.”

The creators intentionally included a wide range of individuals.

“I think a lot of people will be really inspired by the stories that are being displayed, but then they’ll also see themselves,” Fant said.

Mike Edwards of video production company the 5 Stones Group said the project made him realize he’s fortunate to have the right to vote.

“It makes you stop and really think and reminds you of the privilege you have as an American citizen,” Edwards said.

The group of collaborators hopes the images will encourage eligible voters to engage in the process this year.

“It doesn’t matter who you’re voting for. You have a right, exercise it. It’s important that we all exercise it,” Tarey said.

The displays will debut on Monday, October 5th